Why Obama is taking on corporate tax havens

It's about revenue and fulfilling campaign promises, but it may also have something to do with getting universal health insurance enacted. 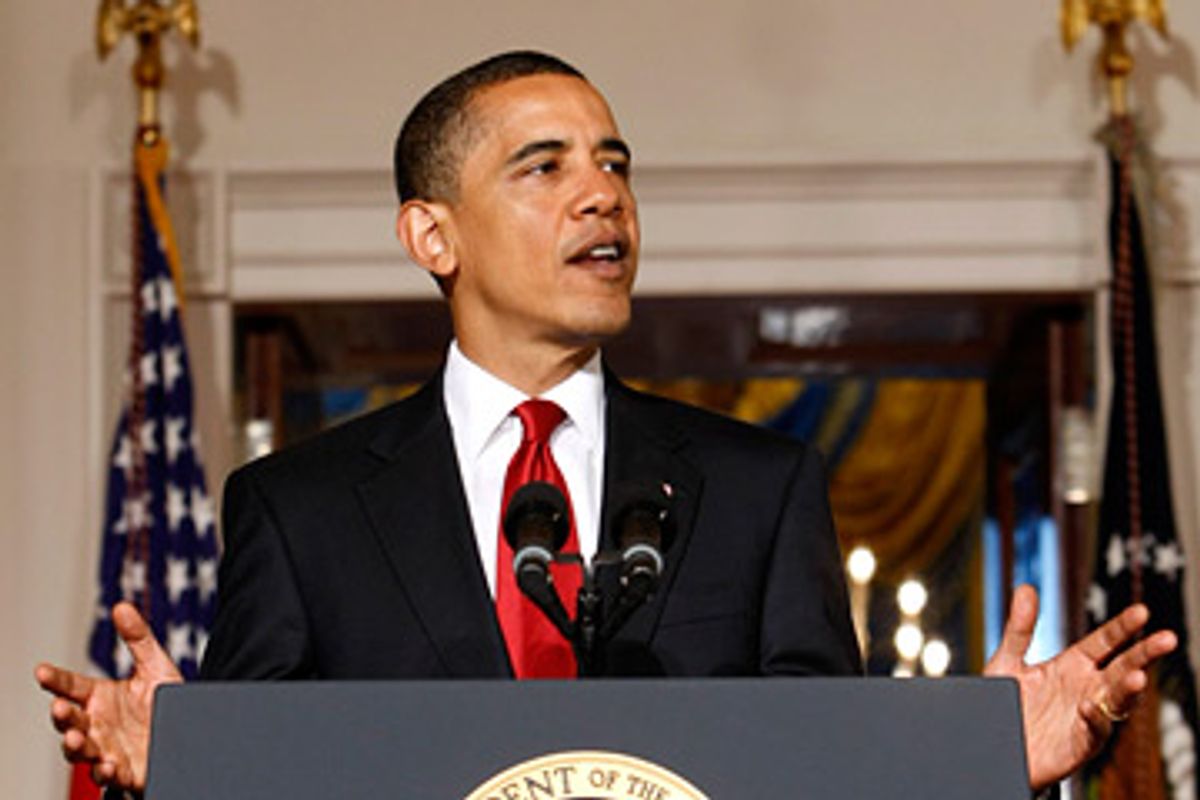 Why, one may ask, is Obama taking on yet another huge fight by taking aim at foreign tax havens? Yes, it's unfair that multinationals pay an average tax rate of only 2 percent on their foreign revenues, and it's unfair that some wealthy Americans are avoiding taxes altogether by parking their fortunes abroad. But, hey, these have been true for decades. So why take them on now, when the President is also taking on universal health insurance and global warming, and trying to get the economy going again?

The White House says that some jobs go abroad because American companies are lured there by tax loopholes which, if closed, would bring the jobs home. True. But a crackdown on tax havens might also cost American jobs if companies decided that a higher tax burden here required them to cut payrolls in order to stay competitive or to simply leave the United States altogether.

Another possible explanation is that it was a campaign promise. Obama frequently criticized the tax code for allowing American companies with overseas operations to defer paying taxes on corporate profits if they placed the money back into their foreign subsidiaries. But this can't be it, either. He criticized several other things as well -- such as the North American Free Trade Agreement -- which he now seems comfortable with.

So again: why this, and why now?

Two reasons, both strategic. The President needs the cooperation of many big corporations if he's going to get universal health insurance enacted this year. Many of these companies would benefit from lower health costs but they're reluctant to take on Big Pharma, big health insurance companies, and major health providers, all of whom are dead set against a provision in the emerging health insurance proposal that would allow the public to opt for a government health plan. How does it help for him to take on corporate tax havens? Because the President needs as many bargaining chips with the rest of corporate America as possible. The proposed crackdown on foreign tax avoidance is one such chip. He might be willing to take it off the table if big corporations lend him active support on health insurance.

The second reason has to do with revenues. Originally the White House had planned to pay for universal health insurance by limiting tax deductions for wealthier Americans. But the Democratic leadership nixed that source. The rich Americans who take the deductions, and the groups benefiting from the wealthy's tax-deductible expenditures on them, had enough political leverage to make it a non-starter. That means the White House has to find other sources of money.

By some measures, $700 billion or more in U.S. corporate earnings is now sitting in overseas accounts. A portion of that might be made available to help pay for universal health insurance. The Administration figures it could raise over $100 billion over ten years by preventing companies from taking immediate deductions for overseas expenses while deferring tax payments on profits there, and claiming inflated credit against American taxes for foreign taxes paid. It could raise another $95 billion by making it harder for individuals to hide their income in offshore accounts, and harder for companies to shift income from one foreign subsidiary to another in search of the lowest-tax jurisdiction.

The White House is preparing to release a more detailed budget blueprint later this week. That blueprint has to contain some credible ways to pay for universal health insurance. Otherwise the measure could become vulnerable to deficit hawks who, like vultures over road kill, continue to circle ominously.