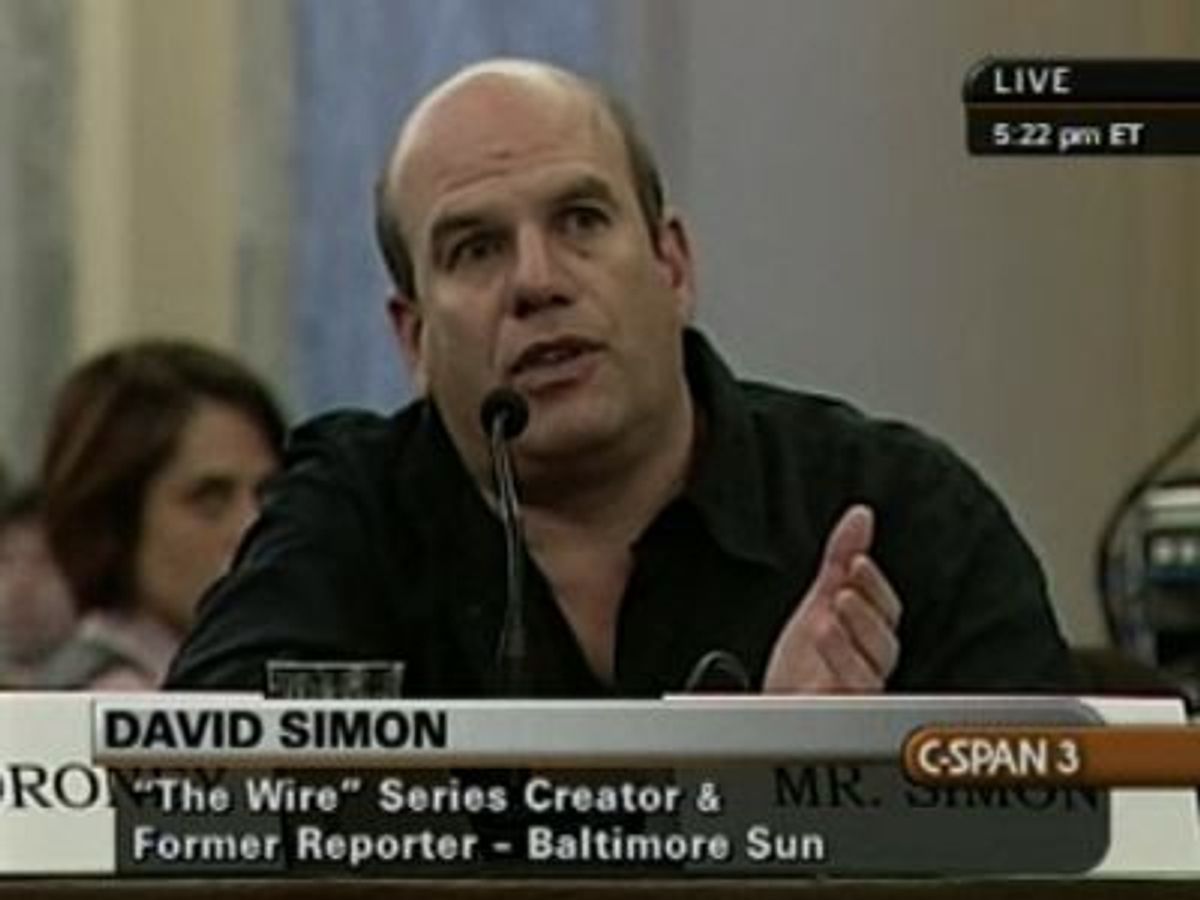 As American newspapers continue their breakneck decline, the Senate Subcommittee on Communications, Technology and the Internet held a hearing on Wednesday to ponder the future of journalism. Witnesses included newspaper publishers and editors, new media execs and even the creator of "The Wire," with Sen. John Kerry presiding as moderator.

At the sometimes contentious hearing, David Simon, who covered crime for the Baltimore Sun for more than a decade before creating the HBO series, trumpeted the civic function of newspapers, mocking the notion that bloggers will replace traditional reporters. The Huffington Post's Arianna Huffington and Google's Marissa Mayer argued that viable new models for journalism are emerging on the Web, and defended their sites' practices of aggregating newspapers' stories.