What "oversight" means in Washington

The Federal Reserve has transferred trillions of dollars since last September, and nobody but the Fed knows what it did. 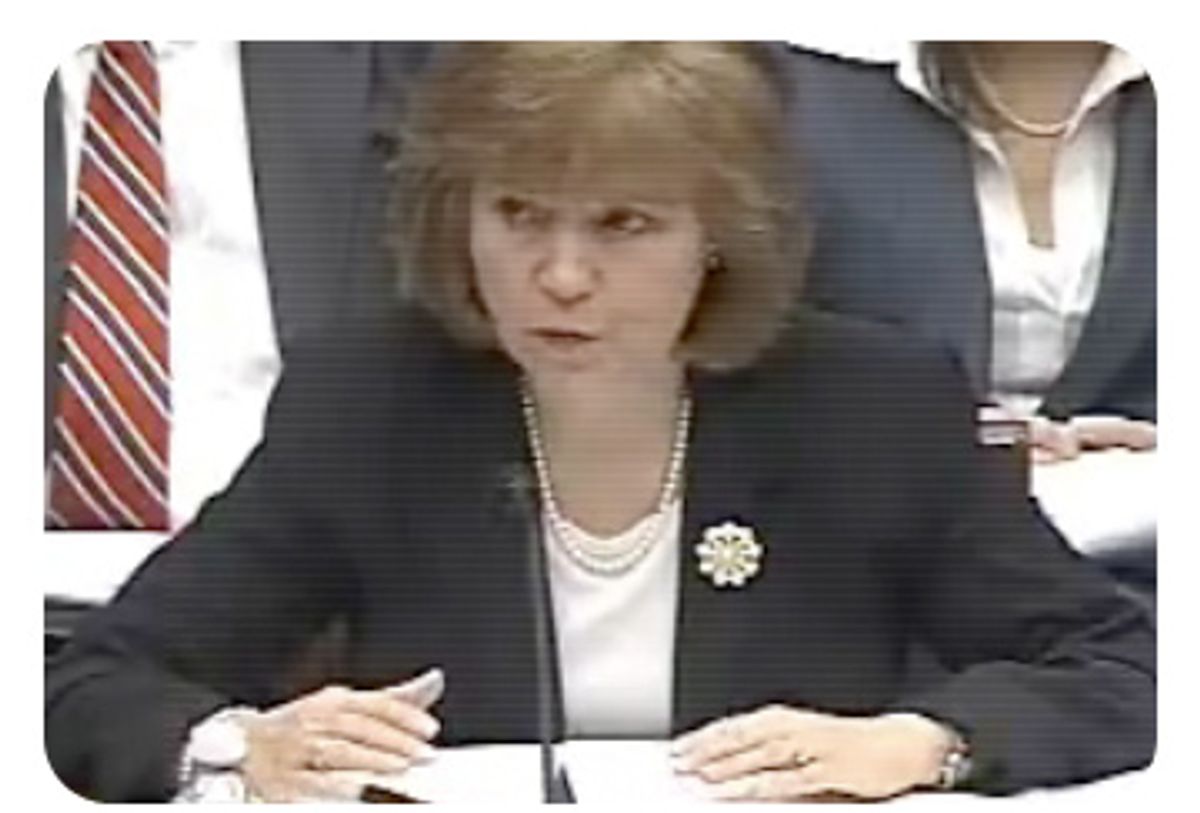 Since last September, the Federal Reserve has increased its balance sheet by more than $1 trillion, and has engaged in even much larger amounts of off-balance-sheet transactions.  In January of this year, freshman Rep. Alan Grayson repeatedly asked Federal Reserve Vice chairman Donald Kohn the identity of the companies which had received those loans, only to be told that the Fed had no obligation and no desire to disclose that information to Congress.  That obviously leads to the question of who exerts oversight over the Fed and the vast amounts of money it transfers.

One answer -- the only real answer -- is that the Fed's activities are monitored by an Inspector General, which ostensibly "conducts independent and objective audits, inspections, evaluations, investigations, and other reviews related to programs and operations of the Board of Governors of the Federal Reserve System (Board)" which "promote integrity, economy, efficiency, and effectiveness; help prevent and detect fraud, waste, and abuse; and strengthen accountability to the Congress and the public."  At minimum, then, one would assume that the Fed's Inspector General is actively monitoring the extraordinary actions in which the Fed has been engaging since September.  After all, nobody else is monitoring or even can monitor any of that, since the Fed will not tell anyone what it is doing.

Yesterday, the Fed's Inspector General, Elizabeth Coleman, appeared before the House Financial Services Committee and was questioned by Rep. Grayson about her office's oversight duties.  Just watch this five-minute question-and-answer session to get a sense for the true breadth of decay and corruption in our political and financial classes and for what a sorry joke the concept of "oversight" is in Washington:

As the Democrats' second-most-senior Senator, Dick Durbin, said about Congress, though it applies every bit as much to Washington generally:  "the banks -- hard to believe in a time when we're facing a banking crisis that many of the banks created -- are still the most powerful lobby on Capitol Hill. And they frankly own the place."

UPDATE:  Here is the Bloomberg article Grayson referenced that describes the trillions of dollars in off-balance-sheet transactions from the Fed.  Here (.pdf) is a summary of just one of those off-balance-sheet transactions:  a $320 billion commitment of taxpayer money to Citigroup.  That is all above and beyond the $1.2 trillion added to the Fed's balance sheet since September.

All of this obviously underscores the need for much greater transparency and oversight of the Fed.  Ron Paul has introduced a bill [HR 1207] to accomplish exactly that, which has now been co-sponsored by more than 130 House members, including numerous Democrats such as Grayson.  In essence, the bill requires an audit of the Fed's activity which shall be made available to Congress.  What possible arguments exist against this bill?  Who opposes an audit of the Fed's activities and why?