The utopian economics of "Star Trek"

The young Spock's movie shout-out to "new growth theory" isn't just a nifty inside joke -- it's a bold statement of confidence in the promise of technology. 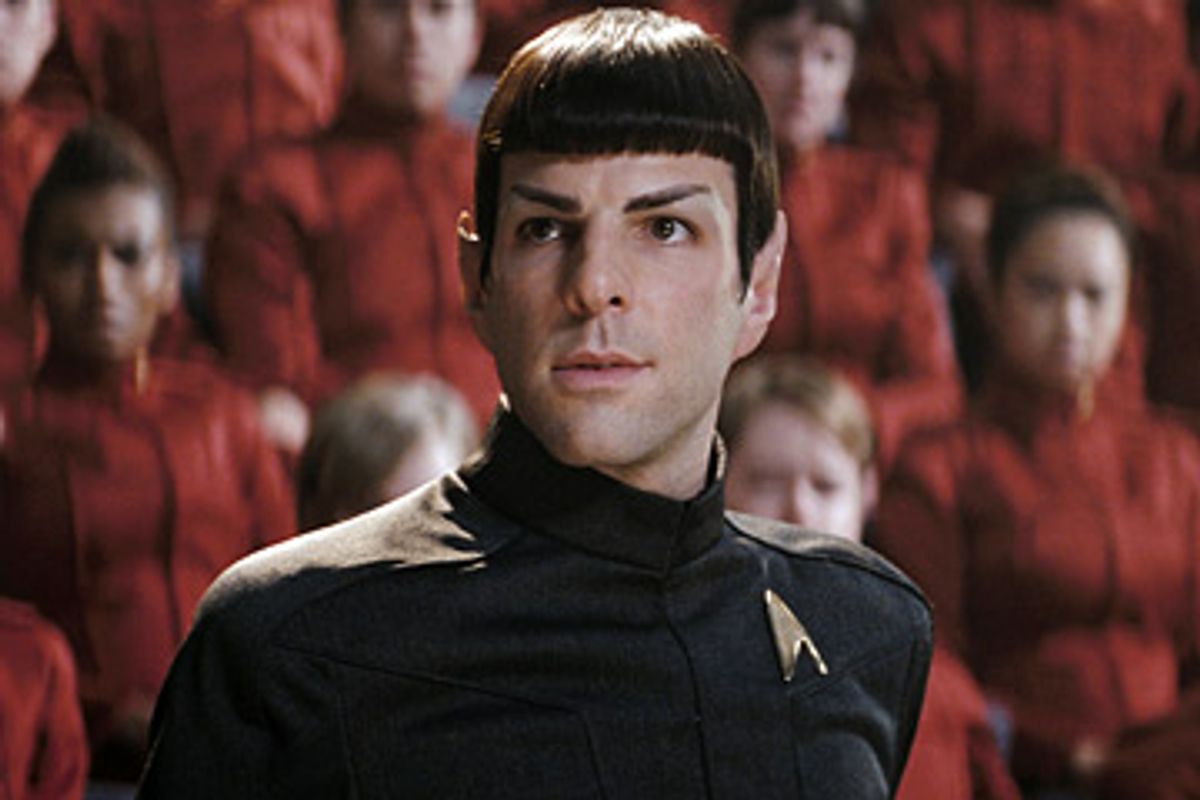 There are many clever moments in the thoroughly satisfying new "Star Trek" movie, but the one that has economists chattering is more than just smart: It strikes right to the core of what the Star Trek future is all about.

The scene comes early, when a pre-pubescent Spock is undergoing the formidable educational process inflicted on all Vulcan children. We see and hear him say the words "nonrival" and "nonexcludable" (and we can imagine his computer tutor nodding encouragingly).

And then we move on, without explanation. To my children, and, I imagine, to most Trekkies, the moment was just one more jargonistic outburst in a franchise that has always delighted in excessive indulgence in meaningless techno-gibberish. But the economists in the audience all started high-fiving each other: Whoa, who could have expected a shout-out to economist Paul Romer's breakthrough paper, "Endogenous Technological Change," in a "Star Trek" movie? Awesome!

The words jumped out at me, because a few years ago, I had the good fortune to read economics writer David Warsh's superb chronicle of how Romer's paper defining "new growth theory" changed the course of economic thought, "Knowledge and the Wealth of Nations." As Warsh notes in his preface, the first paragraph of Romer's paper states:

"The distinguishing feature of ... technology as an input is that it is neither a conventional good nor a public good; its is a nonrival, partially excludable good."

A "nonrival" good can be shared without losing anything. An apple, say, is a rival good: If one person eats it, the other person can't. A pirated download of the new "Star Trek" movie is nonrival -- it can be copied endlessly. Excludability refers to whether you can prevent someone from sharing, as with, for example, copy protection or a jail sentence.

As Warsh explained to me during an interview three years ago, Romer's great contribution was that he mathematically proved "that the economically important thing about knowledge is that it is 'nonrival' -- everybody can use it at the same time."

Romer put it this way:

What does this mean for "Star Trek?" The Star Trek universe is built on a fundamentally optimistic premise : Technological growth will lead us into a future of abundance and prosperity. Transporter beams and warp drive-capable starships are just the beginning. Any society that enjoys the benefits of replicators able to produce any food or beverage the consumer might desire at the merest voice command is a society that has pushed the nonrival, nonexcludable benefits of knowledge diffusion to the maximum extent possible.

Here's some more from Romer's paper:

The raw materials that we use have not changed, but as a result of trial and error, experimentation, refinement, and scientific investigation, the instructions that we follow for combining raw materials have become vastly more sophisticated. One hundred years ago, all we could do to get visual stimulation from iron oxide was to use it as a pigment. Now we put it on plastic tape and use it to make videocassette recordings.

Of course, who needs videocassette recordings when you have holodecks?

To some people, the implications of Romer's work are all too visible in the restructuring of the music industry and news business. Anything that can be digitally copied is nonrival and very difficult to exclude. So anyone whose job depends on the processing or delivery of information is feeling a great deal of stress right now about the difficulty of devising business models that thrive in a nonrival, nonexcludable operating environment. But in the long run, suggests Romer and as potentially demonstrated by "Star Trek," the benefit of expanding knowledge and technological change will be widely distributed prosperity: an end to scarcity, a future where the fundamental challenge of providing for our basic needs has been solved. (Although, one hastens to note that there will always be insane Romulans and all-devouring Borg invaders to deal with -- so life will never be perfect!)

In these times of economic disarray and incredible environmental threats and devastating energy constraints (Where do we find the dilithium crystals that power everything, after all?), it might be hard to see that abundant Star Trekkian future anywhere else but in a movie theater. But the policy prescription inherent in Romer's work is that the best way to provide for long-term growth is to invest in education, in the training of scientists and engineers, in the production of knowledge -- new sets of instructions -- that benefit everyone. It's a theme that President Obama echoed last week when, while announcing some changes in how the government handles unemployment benefits, he stated that "education is the best bet we can make as individuals and as country."

So, to quote his predecessor: "Bring it on!"