Compare Johnsen's inability to get confirmed with the actions of the Serious Centrists in Washington. 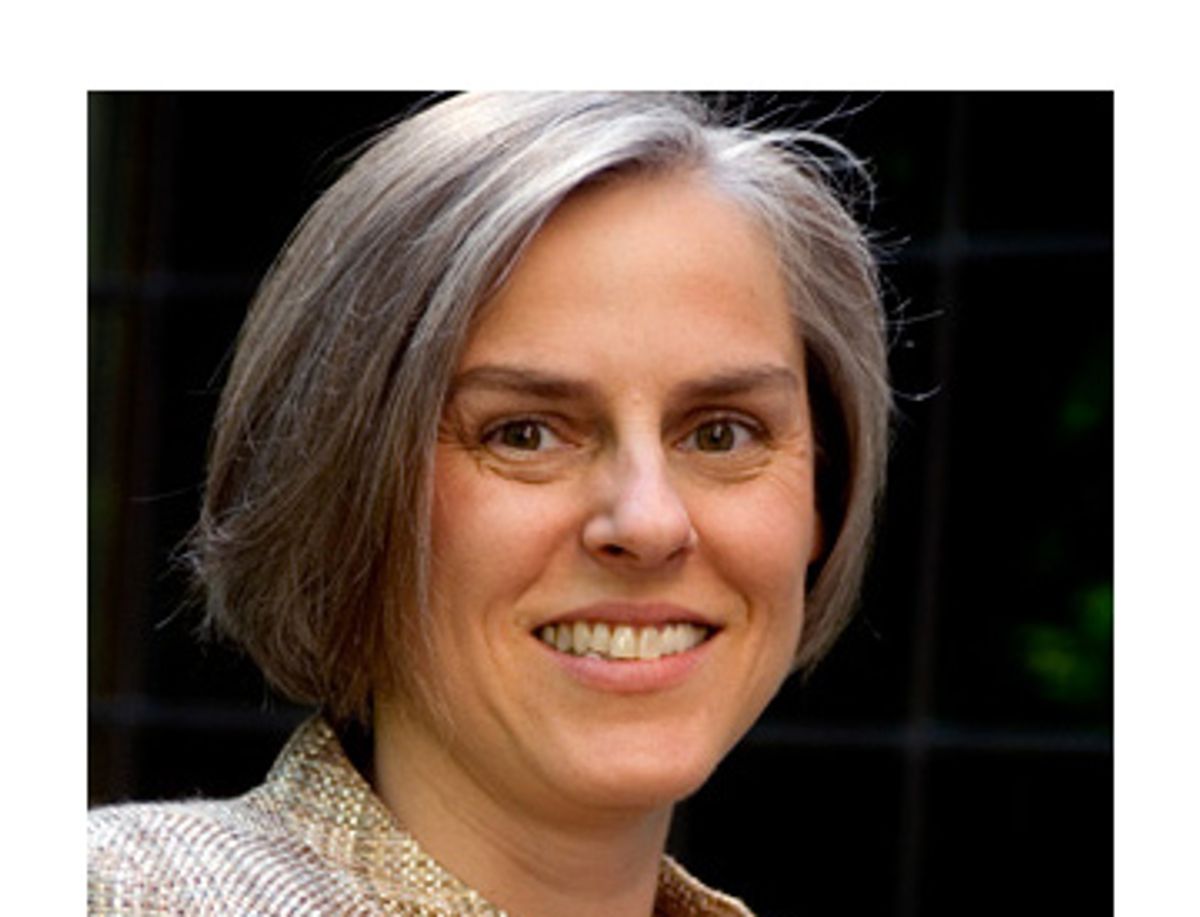 One of the best things Barack Obama has done since being elected President was selecting Dawn Johnsen to head the Office of Legal Counsel -- the office of Jay Bybee, John Yoo, Stephen Bradbury, torture memos, and theories of presidential omnipotence.  Johnsen expressed outrage over the extremism and lawlessness of the Bush administration not (like most political and media elites) in the last few weeks when doing so was easy and irrelevant, but did so loudly and continuously while those crimes were actually taking place.  Her arguments were grounded in one simple belief: that the duty of the OLC is to tell the President when his desired policies are unconstitutional or otherwise illegal.  But as a vivid reflection of how perverse Washington culture is, those attributes -- outrage over high-level government extremism and criminality, and a belief in the rule of law -- are apparently disqualifying:

As Senate Majority Leader Harry Reid (D-Nev.) moves to ease a backlog of executive branch nominations, he suggested on Tuesday that he does not have the votes to bring up President Barack Obama’s pick to run the Department of Justice’s Office of Legal Counsel. . . .

Johnsen had a contentious confirmation hearing in the Senate Judiciary Committee on Feb. 25. The panel approved her nomination on March 20 on a party-line, 11-7, vote.

But Reid indicated Tuesday that at least a few Democrats would also oppose Johnsen, making the task of reaching 60 votes to avert a Republican filibuster even more difficult.

Sen. Ben Nelson (D-Neb.) “is very concerned” about Johnsen’s nomination, press secretary Clay Westrope said, pointing to her tenure as the legal director of NARAL Pro-Choice America as a point of concern.

Sen. Arlen Specter (Pa.), who recently joined the Democratic Conference after 29 years as a Republican Senator, has stated that he will vote against Johnsen’s nomination when it hits the floor.

It's unclear what the White House or the Democratic leadership have done, if anything, to support Johnsen's nomination (Christy Hardin Smith suggests that the answer is "nothing"), but what's not unclear is that they have lent their absolute, unconditional support for Arlen Specter's re-election in a blue-state Senate seat that could easily be filled by someone infinitely better than Specter.  It's rather irrational to repeatedly complain about one's inability to "get 60 votes" when one simultaneously does everything possible to ensure the continuous re-election of the alleged obstructionists.  It's almost enough to make one believe that the inability to "get 60 votes" to support their claimed agenda is a desired, rather than lamentable, state of affairs.

The Senate that is refusing to confirm Dawn Johnsen is the same Senate that confirmed Gen. Michael Hayden as CIA Director -- with overwhelming Democratic support -- even after it was revealed that he oversaw Bush's illegal NSA spying program.  It's the same Senate that confirmed Alberto Gonzales as Attorney General -- with substantial Democratic support -- even once everyone knew that he had played a key role in Bush's torture program.  It's the same Senate that -- thanks to Democrats Dianne Feinstein and Chuck Schumer -- confirmed Michael Mukasey as Attorney General even after he refused to say whether waterboarding was torture and endorsed some of the most extremist presidential powers ever asserted in the U.S.

And the Washington culture that finds Dawn Johnsen too inappropriate and extreme for their upstanding halls of power is the same culture that venerates as Serious centrists the "Blue Dogs" despite -- or, really, because of -- things like this:

On the same day that President Obama met with a number of health care organizations, a group of 45 conservative Democrats sent an angry letter to three House committees protesting the secrecy around the production of health care legislation in the House. The New York Times reports that this large group of Blue Dog Democrats is "increasingly troubled" by their exclusion from the bill-writing process.  The Blue Dogs largely represent more conservative-leaning districts and take positions that are often favorable to industry. They are also big fundraisers, with their coalition PAC raking in large amounts from corporate PACs.

To recap the Washington hierarchy of Seriousness:  Implementing an illegal spying program aimed at Americans is Serious, as is legalizing a torture regime, endorsing the President's right to imprison Americans without charges, and obediently carrying out the agenda of groups that stuff your pockets full of cash.  But arguing that it is intolerable for the President to break the law in secret and that he must be held accountable when doing so is deeply unSerious, disqualifying from holding high political office, including when Democrats are in control of the Congress (the objections over Johnsen's involvement in NARAL are quite obviously pure pretext since NARAL's positions are squarely within the mainstream of abortion views and Johnsen was previously the acting OLC chief under Clinton without any objections; what changed, clearly, are both the tone and substance of her objections to Bush radicalism and lawbreaking).

Dawn Johnsen is probably someone who is actually too good for Washington, or at least too good to be confirmed by the U.S. Senate.  It's still possible that her confirmation can be engineered -- Christy lists some phone numbers that might be worth calling -- but, at this point, at least, it looks doubtful.  Examining Johnsen's apparent inability to get confirmed, and contrasting it with those who are hailed as the Serious centrists in Washington, reveals all anyone really needs to know about our political establishment.

See also:  this post from earlier today on how the term "Hard Left" is exploited by dishonest pundits in the torture debate, and this one on the mysterious collapse of the Right.

UPDATE:  I have one question for the great fighter-leader, Harry Reid:  during Reid's tenure as Majority Leader, Michael Mukasey was confirmed as Bush's Attorney General with a grand total of 53 Senate votes.  How come Dawn Johnsen "needs 60 votes" or else she'll be rejected?

UPDATE II:  TPM's Brian Beutler notes that GOP Sen. Richard Lugar said he supports Johnsen's confirmation, and that Ben Nelson will not support a filibuster even though he opposes her confirmation.  Thus, even assuming that Democrat Specter is willing to filibuster Obama's choice for OLC chief (as Obama pledges to unconditionally support him even in a primary), that means that Johnsen would need one more GOP Senator who, even if they oppose her ultimate confirmation, would be unwilling to filibuster the nomination.  Beutler says that neither Olympia Snowe nor Susan Collins responded to his inquiries.  Based on these facts, it would seem that the White House would rather easily be able to secure Johnsen's confirmation if there is any real will to do so.