Rush Limbaugh's race to the bottom

Bend over, grab your ankles and submit to a mind-blowing rundown of the radio bully's obsessive butt talk! 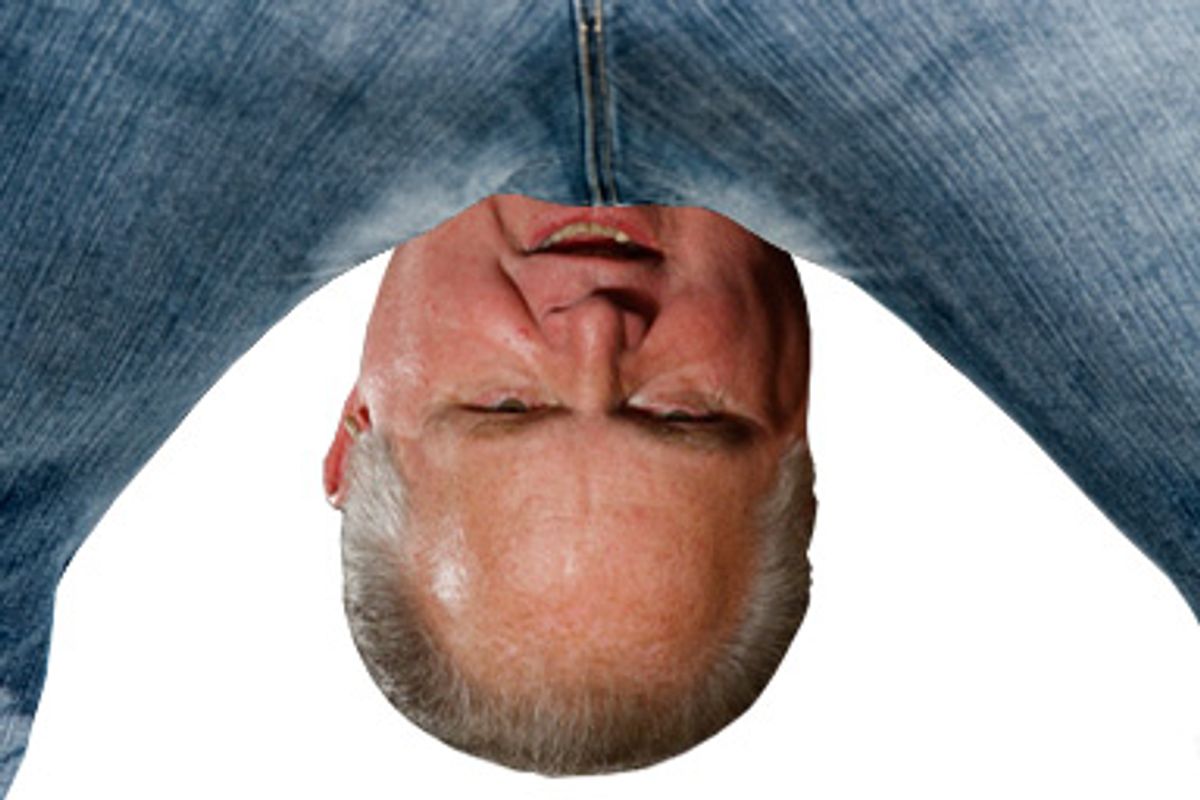 Rush is riding high; on Wednesday he made headlines with a faux-resignation as head of the Republican Party, handing the reins over to nemesis Colin Powell. But even as his power in the party grows, El Rushbo remains fixated on political humiliation -- his, and other people's -- and it's amazing how frequently such humiliation focuses on the hind quarters.

Occasionally, though, someone shows the proper defiance.

And those who do willingly submit get nothing but contempt from Limbaugh. A favored term of abuse for these is "butt boy."

Of course, bending over has its risks. As we saw last week with his reference to Obama sycophants, Limbaugh has a very specific formulation for what you can catch from too much of it.

That's probably why Limbaugh is so wary of bending over himself. He's told us so many times:

Still, sometimes it's nearly impossible for a public figure to avoid being probed anally.

LIMBAUGH: Now she's on the stand in our first video clip here trying to explain when this happened. I think she got raped or some such thing like that, and -- and she's trying to explain to the jury and the judge and all the lawyers, everybody in court, how it happens. And -- well, just watch. It speaks for itself.

Unidentified Woman: He lifted my nightgown and he put his finger in my rectum ...

That's a ton of junk to come out of one trunk, even an oversize one. Rush's stream of caboose comments reads like fiction, as if he were a character from "Portnoy's Complaint." But as Limbaugh himself says, "We don't make anything up here, folks. We don't have to. Philip Roth, the great novelist -- he says, 'I'm going to stop writing novels. I can't make up anything more weird than real life.'"