Isn't the torture debate over? 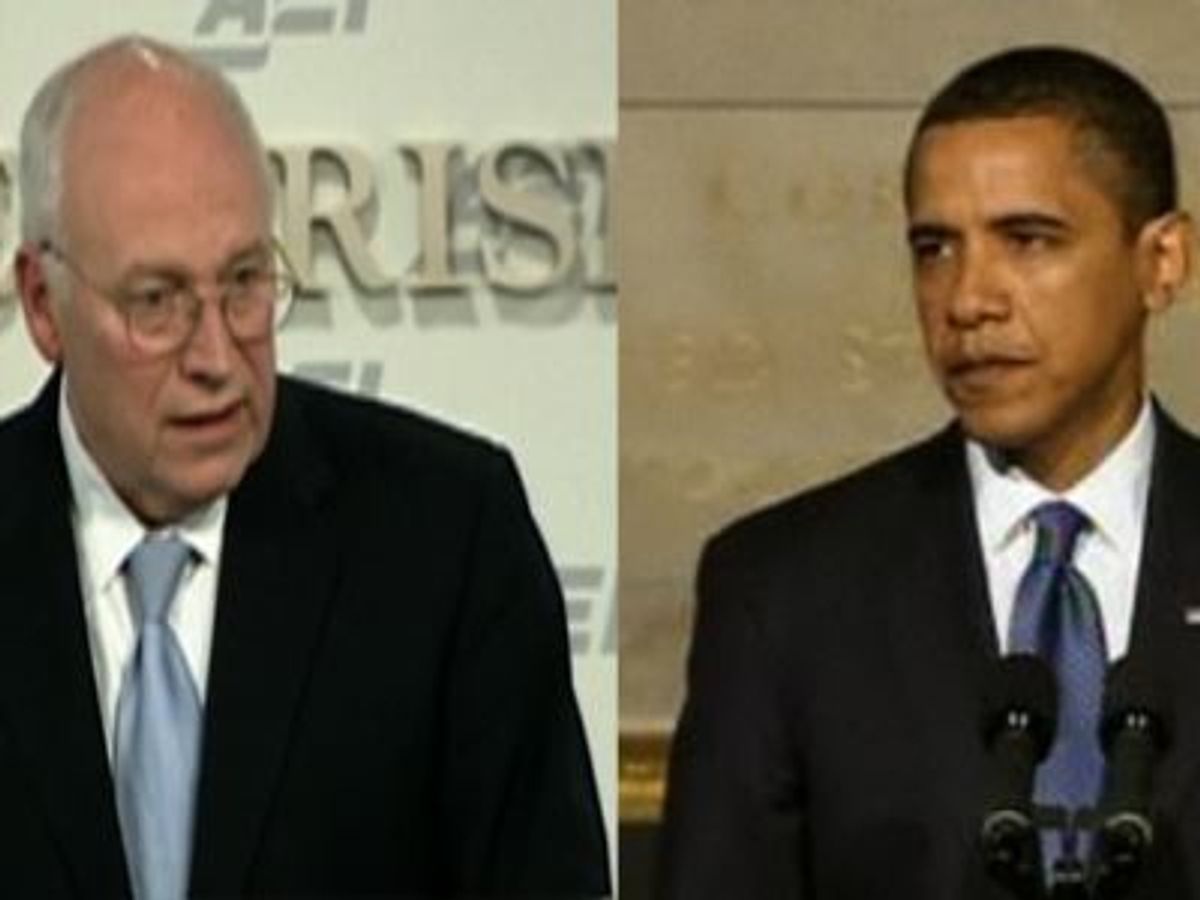 It’s unfortunate that President Obama is being pitted against the former vice president as if there’s a country-wide debate raging between them.

Earlier today, Dick Cheney in a televised speech tried to convince America that enhanced interrogation methods keep us safe and that our current President is leading us off course. But Obama spoke first and he spoke louder -- he is, after all, the one setting the nation's policy right now.

If you missed it, here's a bit from the two speeches, side by side: