This president does not chop brush

Unlike all his predecessors since Kennedy, Obama is an engaged city dweller -- just like the majority of Americans. 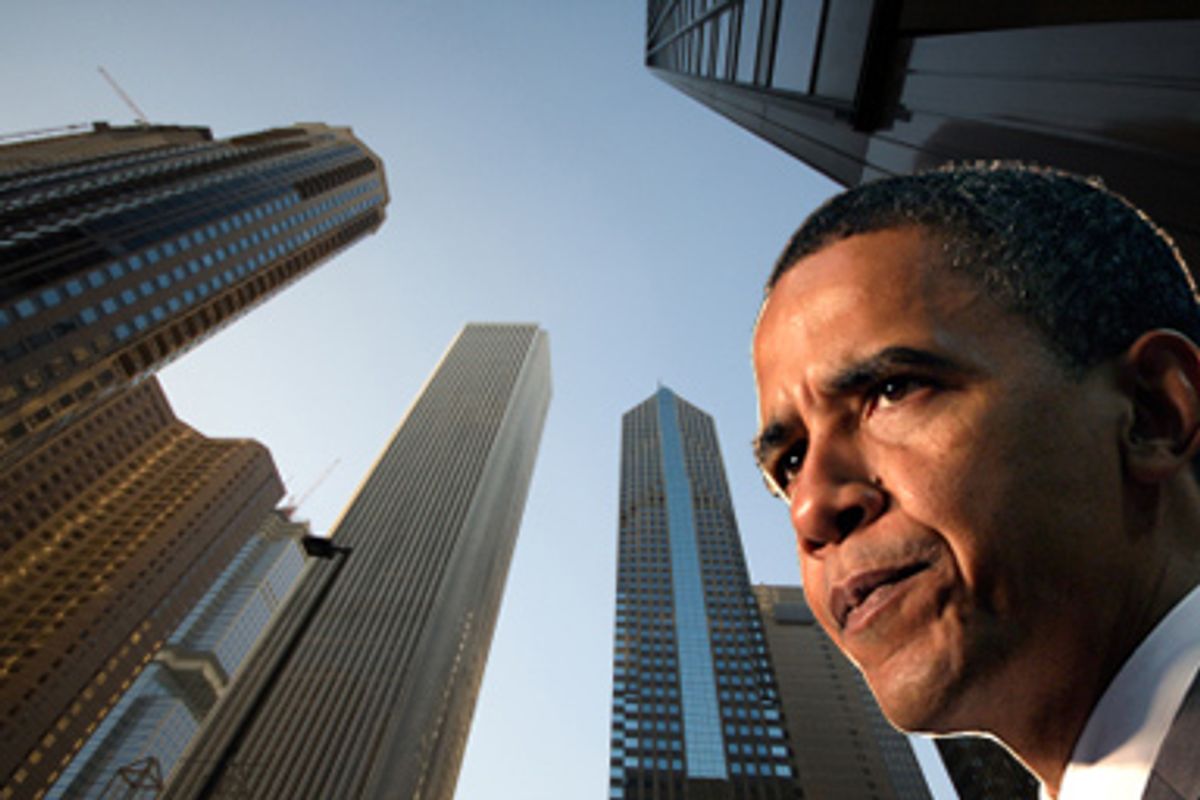 It didn't take long for Barack Obama to make clear that the days when the president would flee the White House, and the District of Columbia, for a weekend of chopping brush at a remote Texas ranch were over.

"We all share the same vision for our cities," he said in February, the day after he signed an executive order establishing a White House Office of Urban Affairs. "Vibrant places that provide our children with every chance to learn and to grow, that allow our businesses and workers the best opportunity to innovate and succeed, that let our older Americans live out their best years in the midst of all that metropolitan life can offer."

Obama comes by that vision naturally; more than any of his predecessors since Boston native John F. Kennedy, he is an urban president. Raised in Honolulu (and Jakarta, Indonesia), he studied in Los Angeles, New York, and Boston and lived in Chicago for nearly 20 years. On the campaign trail last year, he spoke of the importance of thriving cities and metropolitan areas in the national economy; he beat John McCain in urban areas by 28 points, and narrowly edged him out in the surrounding suburbs, as well.

For Obama, unlike the impression George W. Bush often gave, living in a city wasn't just the downside of moving into the White House. So even before he was sworn in, Obama played basketball at a D.C. rec center and sampled chili half-smokes in the heart of Washington's historic black neighborhood. Since then, he's dropped into D.C.-area restaurants both fancy and otherwise, zoomed up 16th Street to visit schools, and generally tried to fit into his new neighborhood (as much as possible for a guy who travels with an armed counter-assault team at all times). The new organic White House garden is even tended by local kids, from just a few miles away from the executive mansion.

Having an urbanite-in-chief in the White House has already raised the hopes of mayors, policy experts and activists. "His heart is in the right place," says Larry Rosenthal, executive director of the Berkeley Program on Housing and Urban Policy. "If you've elected to send Chicago to the White House, ultimately you're going to have some very interesting programming."

The administration has proposed putting money back into existing housing and education programs that Bush cut heavily; advocates are also excited about a $10 million proposal to fund grants for community organizations to develop comprehensive plans for child-friendly "Promise Neighborhoods," based on the Harlem Children's Zone in New York. A general focus on alternative energy -- and alternative modes of transportation besides cars -- fits with what most cities have already been trying to do. And an $8 billion initiative to start developing inter-city high-speed rail sounded like a dream come true to urban planners and smart growth advocates, even if it's nowhere near enough money to actually build the system out.

But while the new administration is sending encouraging signals to cities, so far, Obama and his aides haven't done much to overhaul the way the federal government deals with cities and metropolitan areas, a key part of Obama's urban policy platform during last year's campaign. The money is dribbling out slowly, as well: Most of the $787 billion doled out by the economic stimulus bill Obama championed still went directly to state governments through long-standing federal formulas that tend to ignore cities. And the new White House Office of Urban Affairs, which Obama established in February, has been practically invisible since the fanfare of its launch.

"Hope is there," says Tom Cochran, executive director of the U.S. Conference of Mayors, and a 40-year veteran of urban policy battles in Washington. "But change is going to be a little bit longer."

Even the slow start the administration has gotten off to was a big change from the last eight years. Transition aides were already meeting with urban planners and advocates before Obama took office. Some prominent experts on progressive city planning, including MIT's Xavier de Souza Briggs, Bruce Katz of the Brookings Institution's Metropolitan Policy Program, and Seton Hall University's Rachel Godsil, took high-profile jobs with the White House or with the Department of Housing and Urban Development. Former King County, Wash., executive Ron Sims took on a post as HUD's deputy in charge of building sustainable communities. The difference with the previous administration's approach couldn't be much starker.

"The Bush administration was one of the most hostile of all," says Mark Muro, director of policy at the Brookings Institution's Metropolitan Policy Program. "In most respects, [Bush] ignored urban and metropolitan claims and needs and potential." Cities -- and, more important, their surrounding suburbs, which most planners now like to see as interconnected metropolitan areas -- account for a huge share of the U.S. economy; 65 percent of the country's population lives in just the 100 largest metropolitan areas and nearly 75 percent of the nation's economic output is produced there. But that didn't seem to matter for the last eight years. "There was an indifference," Cochran says. "There was no there there."

Just being friendlier to cities than Bush was, though, is a pretty low bar. Obama promised last summer to revamp the way the government deals with cities and metropolitan areas, to realign major agencies so they took a regional approach to grants and programs. "We need to promote strong cities as the backbone of regional growth," Obama told the U.S. Conference of Mayors in June, months before he was elected. "And yet, Washington remains trapped in an earlier era, wedded to an outdated 'urban' agenda that focuses exclusively on the problems in our cities, and ignores our growing metro areas; an agenda that confuses anti-poverty policy with a metropolitan strategy, and ends up hurting both."

But the administration's stimulus plan -- which is, so far, the only major federal spending legislation Obama has weighed in on as president -- mostly kept up that old approach, sending money to state highway departments and to state legislatures to divvy up as they wanted. The administration told advocates they didn't have a choice but to do it that way, says Carolyn Coleman, the top lobbyist for the National League of Cities. Getting the money spent quickly, to help the recovery, was more important than fitting the stimulus plan to farther-reaching goals.

The bill did still earmark $17 billion for public transit, and Obama's budget proposal -- released this month -- was more promising for urban policy experts. But it's too early to tell yet how much of it will make it through Congress. "This is a city- and metro-friendly administration at this point," says the Brookings Institution's Muro. "How metro-friendly the implementation and policy uptake will be, and how fast, is still an open question."

What has been a disappointment already, though, is the Urban Affairs office. Its director, former Bronx Borough President Adolfo Carrión, hasn't made a public appearance since Obama named him to the job, weighed down by reports of a corruption scandal involving New York developers. The White House wouldn't make him available to discuss the administration's urban outlook. "They've been really hunkered down" trying to figure out the office's mission, an administration official told Salon. Eventually, the aide said, the goal is for the White House office to help keep lines of communication open between various Cabinet agencies that deal with cities, like HUD, Energy and Transportation.

For now, senior advisor and longtime Obama friend Valerie Jarrett is coordinating a lot of the administration's urban policy -- which may be better than anything Carrión could produce, anyway. "She's closer to the president than anybody in this administration," Cochran says. "She's like the third Obama." And some agencies, whether pushed by the White House or not, are already showing signs of working together. HUD and the Energy Department, for example, signed an agreement to make it easier for urban buildings to qualify for grants to improve their energy efficiency.

Advocates are hoping Obama's urban outlook will -- soon -- add up to more than just city boosterism. "We're on the road to wonderful, Cochran says. "But that's where we are -- on the road right now. We're getting there."