A new study finds the tactic is worse than useless in combating terrorism. 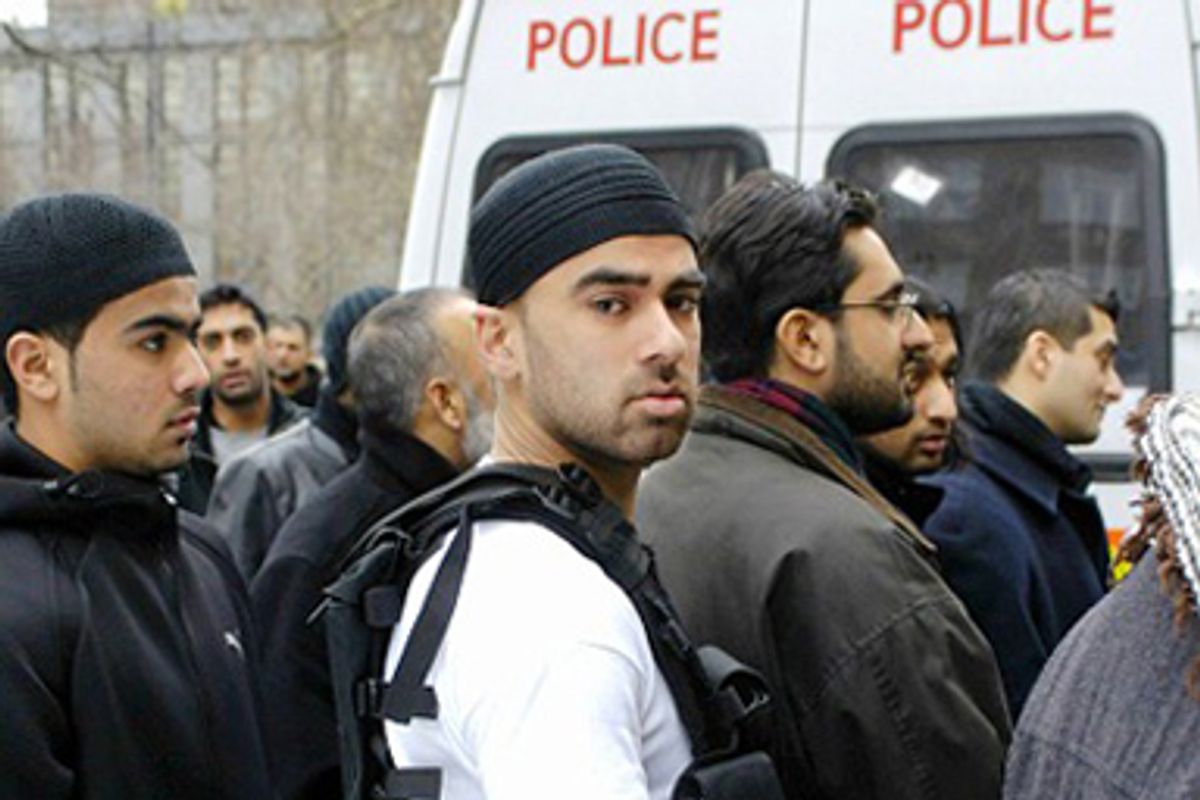 Since the terror attacks of Sept. 11, 2001, racial or ethnic profiling has been a source of controversy worldwide. While it makes intuitive sense to many people that certain groups are more likely to be involved in terrorism than others, courts in the U.S. have tended to rule that the practice of stopping people based on their appearance or religion is illegal.

In Europe, the legal situation is much muddier. Again and again, data mining, targeted raids and systematic discrimination on the local level have singled out specific ethnic and religious groups in Europe as authorities try to head off future attacks.

In a study released on Tuesday, the Open Society Institute -- a think tank and democracy-promotion organization funded by billionaire George Soros -- argues that racial profiling of Muslims is essentially a public relations tool designed to make people feel safer in the immediate aftermath of a terror attack. After the 2006 bus and subway bombings in London, for example, highly publicized raids on mosques or ID checks in Muslim areas gave the public the impression the police were taking action.

The report, titled "Ethnic Profiling in the European Union," argues that profiling is both ineffective and counterproductive, pointing out that "stops and searches conducted under counterterrorism powers in Europe have produced few charges on terrorism offenses and no terrorism convictions to date." At the same time, targeting specific communities alienates them, "contributing to a growing sense of marginalization in minority and immigrant communities."

Ironically, high-profile incidents of racial or ethnic profiling have declined in the last few years. "That's partly because there hasn't been a major terrorist attack recently," Rachel Neild, one of the study's authors and a senior advisor at the Open Society Institute's Justice Initiative, said. "But one of the reasons we're still concerned is the reason ethnic profiling has gone down has nothing to do with public outrage" over the tactic itself.

The argument up until now has mostly hinged on the idea that stopping people most likely to commit crimes or be involved in a terror attack is the best way to apply limited law enforcement resources. But the report examines data from across Europe to make the opposite argument. "Police know it's not effective," Neild says. "We want to work with local law enforcement to solve this problem."

The arguments on the other side tend to focus on human rights and civil liberties, but until now neither side has had much data to present. The new study echoes the findings in a report released by the institute earlier this month that may change that. The study, titled "Addressing Ethnic Profiling by Police: A Report on the Strategies for Effective Police Stop and Search Project," is the result of 18 months of research on police stops in Spain, Bulgaria and Hungary.

In all three countries, when police were required to record the details of traffic and other police stops, a pattern emerged: Minorities were far more likely to be stopped by police than the local ethnic majority, but equally or even less likely to commit crimes. At pilot sites in Hungary, for example, police were three times as likely to stop Roma as ethnic Hungarians, "yet the rate at which each group is detected in the commission of an offense is almost identical." In some areas, the data showed ethnic minorities were even less likely to be offenders than the local majority.

The simple act of asking police officers to record the details of their stops made a difference: The more paperwork involved, the fewer stops cops were likely to make in the first place. But applying more stringent rules to how and when police could stop people also changed their behaviour dramatically, and resulted in fewer innocent people being hassled. "Training officers to think about who they were stopping and why led to a reduction in stops and an increase in effectiveness," Neild says.

The authors of the "Ethnic Profiling in the European Union" study claim that such profiling is not only ineffective, it's counterproductive. "It misdirects law enforcement resources and alienates some of the very people whose cooperation is necessary for effective crime detection," the study says.

With more research into police practices, perhaps the conventional wisdom about how best to catch crooks and terrorists will be upended for good. At the moment, police tactics seem based more on hunches than facts. "It's interesting how much stereotypes drive decision making," Neild says.