Where will women go now?

After the murder of Dr. George Tiller, there's almost nowhere left to turn for a late-term abortion. 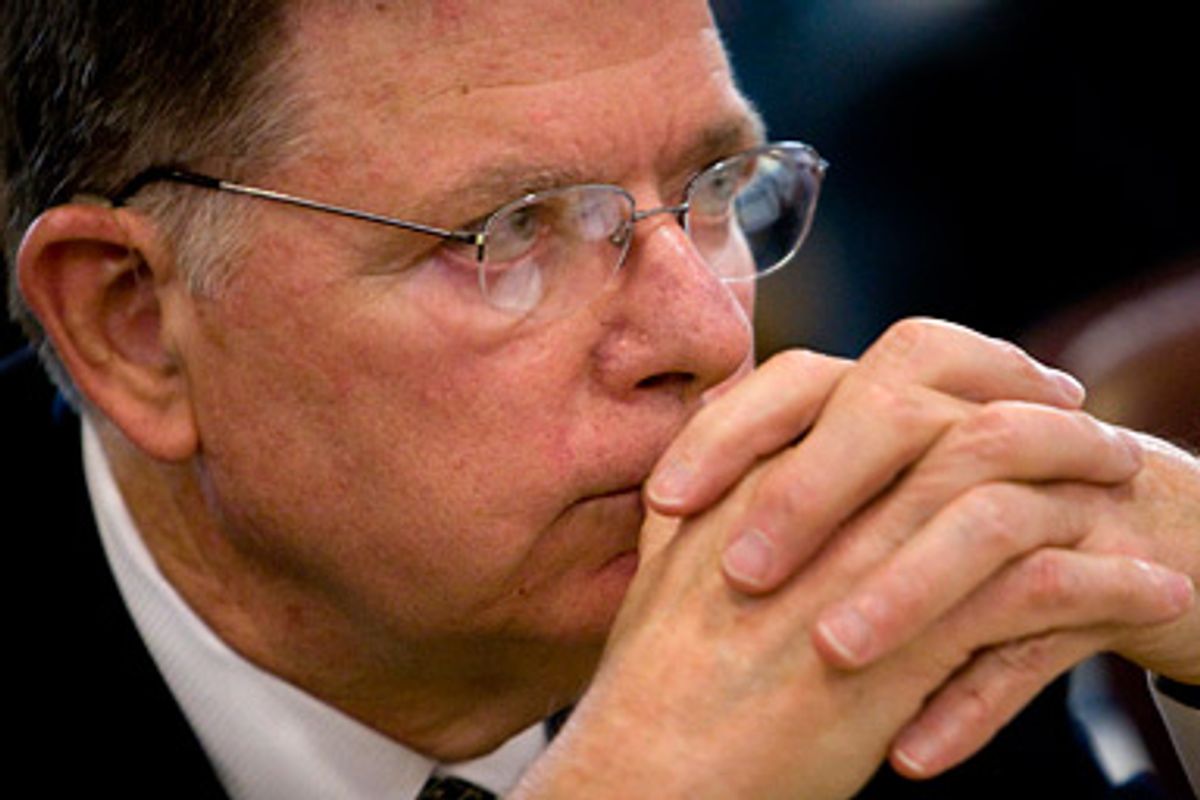 If any good can come of the murder of Dr. George Tiller, one of the very few providers of late-term abortions in the U.S., perhaps it's the opportunity to have a conversation about the reality of termination in the second and third trimesters. Anti-choice activists often cast late-term abortions as the murder of a viable baby at the whim of a woman who doesn't wish to be inconvenienced, carried out by a doctor who looks at her and sees only cartoon dollar signs. They're egged on by relatively mainstream figures like Bill O'Reilly, who declared that Dr. Tiller "destroys fetuses for just about any reason right up until the birth date for $5,000." Such misinformation and outright lies about procedures that are in fact rare and only performed when medically necessary are what led anti-choice activists to call Tiller "America's Doctor of Death," and accuse him of running a "murder mill." The reality of what Dr. Tiller did, however -- helping women in absolutely desperate circumstances, when almost no one else would -- is what led one woman who had to terminate a wanted pregnancy because of a terrible late-term diagnosis to call the doctor and staff at his Women's Health Center "our heaven when we were living in hell."

Susan Hill, President of the National Women's Health Foundation, who knew Dr. Tiller for over two decades and referred girls and women to his clinic, said in a phone interview, "We always sent the really tragic cases to Tiller." Those included women diagnosed with cancer who needed abortions to qualify for chemotherapy, women who learned late in their pregnancies that their wanted babies had fatal illnesses, and rape victims so young they didn't realize they were pregnant for months. "We sent him 11-year-olds, 12-year-olds who were way too far along for anybody [else] to see," said Hill. "Eleven-year-olds don't tell anybody. Sometimes they don't even know they've had a period."

Since the news of Dr. Tiller's murder broke, personal narratives from people who used his services have been appearing around the Web. A commenter at the blog Balloon Juice told the story of finding out in the eighth month of his wife's pregnancy that she was carrying conjoined twins. "Conjoined twins alone is not what was so difficult but the way they were joined meant that at best only one child would survive the surgery to separate them and the survivor would more than likely live a brief and painful life filled with surgery and organ transplants." They chose to terminate the much-wanted pregnancy, rather than bring a child into the world only to suffer and die. "The nightmare of our decision and the aftermath was only made bearable by the warmth and compassion of Dr. Tiller and his remarkable staff." A commenter on Metafilter tells a similar story: "My wife and I spent a week in Dr. Tiller's care after we learned our 21 week fetus had a severe defect incompatible with life. The laws in our state prevented us from ending the pregnancy there, and Dr. Tiller was one of maybe three choices in the whole nation at that gestational age." He went on to share his memories of Dr. Tiller. "I remember him firmly stating that he regarded the abortion debate in the US to be about the control of women's sexuality and reproduction. I remember he spent over six hours in one-on-one care with my wife when there was concern she had an infection. We're talking about a physician here. Six hours.... The walls of the clinic reception and waiting room are literally covered with letters from patients thanking him. Some were heartbreaking -- obviously young and/or poorly educated people thanking Dr. Tiller for being there when they had no other options, explaining their family, church, etc. had abandoned them."

Links to older stories are also spreading on social media and blogs. A 2001 article originally published in Glamour relates the experience of Gloria Gonzalez, who learned that the twins she was carrying were gravely ill and threatening her own health. "As a Christian and a married woman who desperately wanted a child, I'd never given much thought to abortion. Like many others, I assumed that only women with unwanted pregnancies had the procedure." Yet after she and her husband consulted with several doctors and their pastor, "We knew what we had to do. Letting the girls die on their own didn't seem like an option, because we believed they were suffering while endangering my own health." The Web site A Heartbreaking Choice, which compiles stories from women who have chosen to terminate wanted pregnancies, has a section devoted to "Kansas Stories," from women who traveled to Wichita after receiving catastrophic diagnoses too late in their pregnancies to obtain legal abortions in their own states. The stories are painfully similar: A couple is thrilled to be expecting a baby, only to see a doctor's face turn grim during a routine ultrasound. Something is terribly wrong. And whatever the specific diagnosis is, the prognosis is essentially the same: If your baby lives, it will suffer constantly and die young.

The trauma of receiving such a diagnosis is only compounded by the difficulty of obtaining a late-term abortion. Writes one woman, "The reality is that finding a doctor to do this procedure in the late second or third trimester is almost impossible. For me, the reality was that at the most painful time of my life I had to travel out of state, stay in a hotel room and face hostile protesters in order to carry out this most personal of choices." Another writes, "I had to fly to Kansas to have the procedure done. It was a five-day out patient procedure that cost us almost $9,000 after all was said and done. I am hurt and angry at the state of Maryland for taking away my right to allow my daughter to die in peace ... I was appalled that Maryland did not have a quality-of-life addendum to the late-term termination law." Susan Hill says enduring the expense and stress of travel is the only option for most women who need late abortions in the U.S. "The restrictions under the Bush administration made it impossible for most states to allow abortions past 16 weeks. All the southern states are restricted tremendously. A few places in New York, if it was medically necessary, could possibly do it, but the paperwork was unbelievable, and there was no time left. That's why they referred people to Tiller. And for that he lost his life. "

Hill last spoke to Dr. Tiller two weeks ago, not long after the Women's Health Center was vandalized, and she asked the 67-year-old why he didn't retire in the face of increasing harassment, after already having been shot in both arms and seen his clinic bombed. "Because I can't leave these women," he told her. "Those are the words I'm always going to remember from him. He just believed that when he left, they wouldn't get any kind of care." Unfortunately, it seems he may have been right. I asked Hill where women who need late-term abortions can go now, and her response was bleak. "There's Warren Hern, out in Boulder, Colorado, but he doesn't go as far as Dr. Tiller went." When it comes to those "really tragic cases," Hill said the harsh truth is, "We don't know where we're going to send them."