When will the Right be over Reagan? Our undercover conservative says don't hold your breath 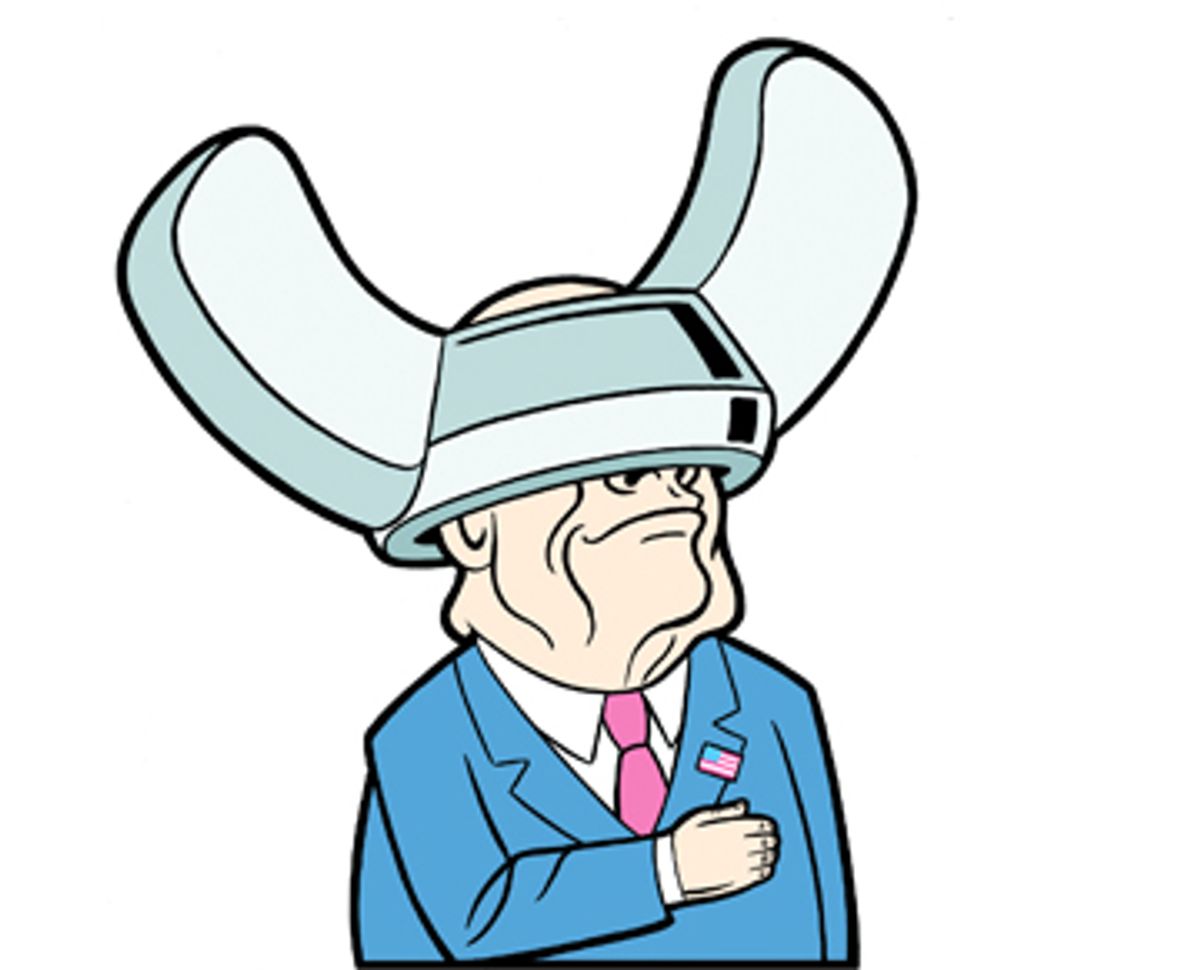 Ronald Reagan left office 20 years ago and died five years ago. When are you conservatives finally going to move on?

Hello again. It's good to be back with you.

Let me thank you for the many responses to the last column. Some of them were, in my judgment, well-reasoned, competent criticisms of conservative concerns about government-controlled medicine and I was happy to read them.

This week I'm being asked to estimate when conservatives will be ready to leave Ronald Reagan behind and "move on."

Well, despite the best efforts of some of those in the op-ed industry who masquerade as genuine conservatives -- wait a second, has David Frum been submitting questions again? -- the answer, hopefully, is never.

Reagan was more than a transitional figure, sandwiched in between the Greatest Generation and Generation X; he was a transformational one. He changed the nation, and the world, for the better. So it is no wonder that most conservatives -- and quite a few liberals, judging by the way the current president is so often proclaimed to be Reagan-like -- continue to look to him for inspiration.

Part of that is because Reagan was, to borrow a phrase from Lady Margaret Thatcher, "a conviction politician." He operated out of a set of deeply held beliefs that governed his view of the world, of morality and the presidency. Unlike Nixon or Clinton, Reagan's concerns about public opinion were addressed in the way he dealt with issues and crises, not whether he dealt with them at all.

Ronald Reagan came into office in 1980 promising to do three things: 1) Restore America's national pride; 2) Revive an economy crippled by stagflation; and 3) Win the Cold War. He did all three even though, thanks to Tip O'Neill and friends, he had one hand held behind his back. At the same time he cruised to re-election in 1984 with the largest Electoral College majority in history, winning 49 states while losing only the District of Columbia and, by 7,000 votes, his Democratic opponent's home state of Minnesota. That is a feat that may never be matched.

No presidency is perfect. Reagan, after all, agreed to a significant tax increase in 1982's Tax Equity and Fiscal Responsibility Act, which promised (I think it was) one dollar in new taxes for every three dollars in spending restraint. And he got suckered. He came up with the taxes but Congress never provided the spending restraint. "Congress never cut spending by even one penny," he lamented long after he'd left the White House. (The inability of Congress to control its urge to spend is a pattern that continues even today.)

And there were some other problems during Reagan's tenure, which I am sure we will hear about from the readers of Salon when the comments start to come in. But his was a more than successful presidency -- and those of you who might be quick to point out the issues arising from his Central American policy would do well to remember that it was the Clintonites who came along later to explain that "rule of law" was a) a matter of interpretation and b) beside the point, at least where illicit sex was concerned.

Most importantly, it was Reagan's achievement of building or at least maintaining a successful political coalition composed of social conservatives, libertarian-leaning voters concerned about the economy and the size of government, moderate, "birthright" Republicans, working class Democrats and voters worried about foreign policy issues that make him the enduring standard against which the party and conservatives measure their success today. The ongoing debate between many national Republican leaders and pretenders over what the party should now stand for, following back-to-back routs in 2006 and 2008 -- is really a discussion of how best to replicate the Reagan model of campaigning and governance.

The bottom line is that Reagan showed conservatives how to lead -- and in the face of tremendous media and political opposition mind you -- and, more importantly, how to win. So I guess Republicans will stop talking about Reagan at about the same time Democrats stop talking about FDR, Truman and JFK. Those three are really the only Democrats in an entire century worth mentioning if you ask me. But you didn't -- that's a question for another day.