Neil Gaiman, Jonathan Lethem and others suggest classics, thrillers and big fat books to take to the beach. 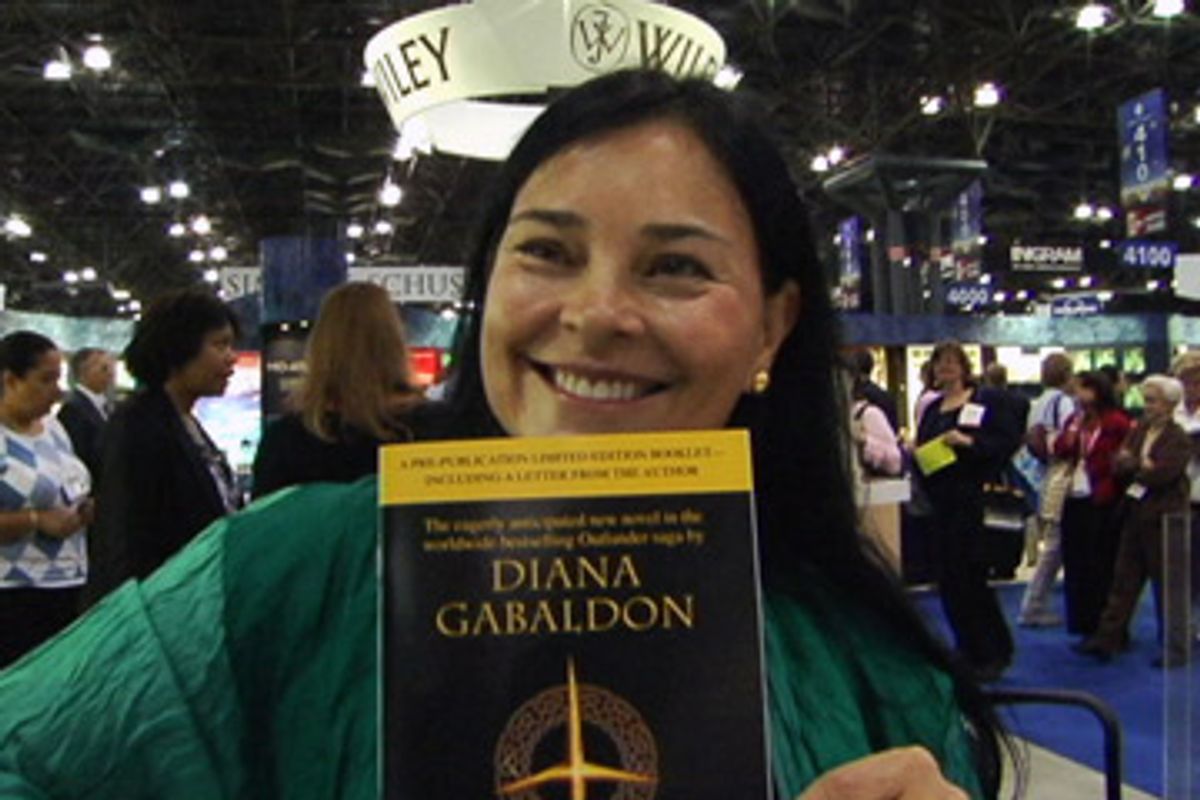 The giant Javits convention center in New York City felt a bit empty during last week’s Book Expo America, the publishing industry’s annual gathering. Attendance was down and recession-friendly cocktail parties replaced the traditional sit-down dinners. But bestselling authors dutifully showed up to promote their latest books, and committed fans lined up to have them signed.

We tracked down some of our favorite writers to ask them what we should take to the beach this summer. Despite Neil Gaiman's weariness after signing 170 books in a row, he couldn't resist a chance to share several of his favorites. Jonathan Lethem opted for a classic. "Outlanders” series writer Diana Gabaldon plugged her favorite crime fiction. Watch all of their thoughtful suggestions below.

He started out as a reporter, and his latest book deals with the crumbling newspaper business (of course, it’s also a thriller). Connelly is a bestselling novelist and the creator of LAPD detective Hieronymus Bosch, a character that he has featured again and again in works like “The Concrete Blonde,” “The Overlook” and the forthcoming “Nine Dragons.” He had kind words for the books of George Pelecanos. Connelly’s books have appeared in 35 languages.

We found Mary Karr signing autographs and giving away copies of her latest memoir, “Lit,” which details her descent into alcoholism and depression and then her emergence into the writer she is today. A professor of literature at Syracuse University, she has written poems, essays and three memoirs. The first two, “The Liars’ Club” and “Cherry,” spent substantial periods on the New York Times bestseller lists. Karr has also been a fellow at Radcliffe College and held a Guggenheim fellowship.

Brooklyn's own Jonathan Lethem has published nine novels as well as novellas, comics and fiction, including “Motherless Brooklyn” and “You Don't Love Me Yet.” His most recent book, “Chronic City,” will be published this fall. Although he says he will spend much of the summer outside New York City, he plans to reach for Balzac to stay connected to the urban vibe.

Sarah Dunant was excited to share three new books that she can’t wait to pick up this summer (after which she’ll rest her eyes and lie down in the sunshine, she says). Dunant has written eight novels and two screenplays, and has edited two books of essays, also fitting in a stint working at the BBC. She lives in London and Florence.

Neil Gaiman writes fantasy, children’s books, graphic horror, short stories, screenplays, journalism, poetry and drama. He gained a cult following with his “Sandman” graphic novel series and is the author of “Stardust,” “American Gods,” and “Coraline” (the latter recently made into a movie and a musical). Born in England, he now lives in Minneapolis.

An award-winning cartoonist based in Southern California, Berkeley Breathed is the creator of the Pulitzer Prize-winning comic “Bloom County” and the series “Opus.” He also writes children’s books such as “Pete and Pickles” and “Flawed Dogs – The Novel: The Shocking Raid on Westminster,” which will be published in September.

Diana Gabaldon is the author of the “Outlander” novels, New York Times bestsellers that Salon has described as “the smartest historical sci-fi adventure-romance story ever written by a science Ph.D.” She holds degrees in zoology, marine biology and quantitative behavioral ecology.

Dave Barry and Ridley Pearson were sitting together signing their latest book, “Peter and the Sword of Mercy” (the fourth in a series based on Peter Pan, which will be published in October). A Pulitzer Prize-winning humor columnist, Barry has 30 books to his name. Best known for mysteries and thrillers like “Chain of Evidence” and “Parallel Lies,” Pearson has written more than 20 novels.