Don't be fooled by the watered-down versions that desperate Democrats are using to lure Republican votes. 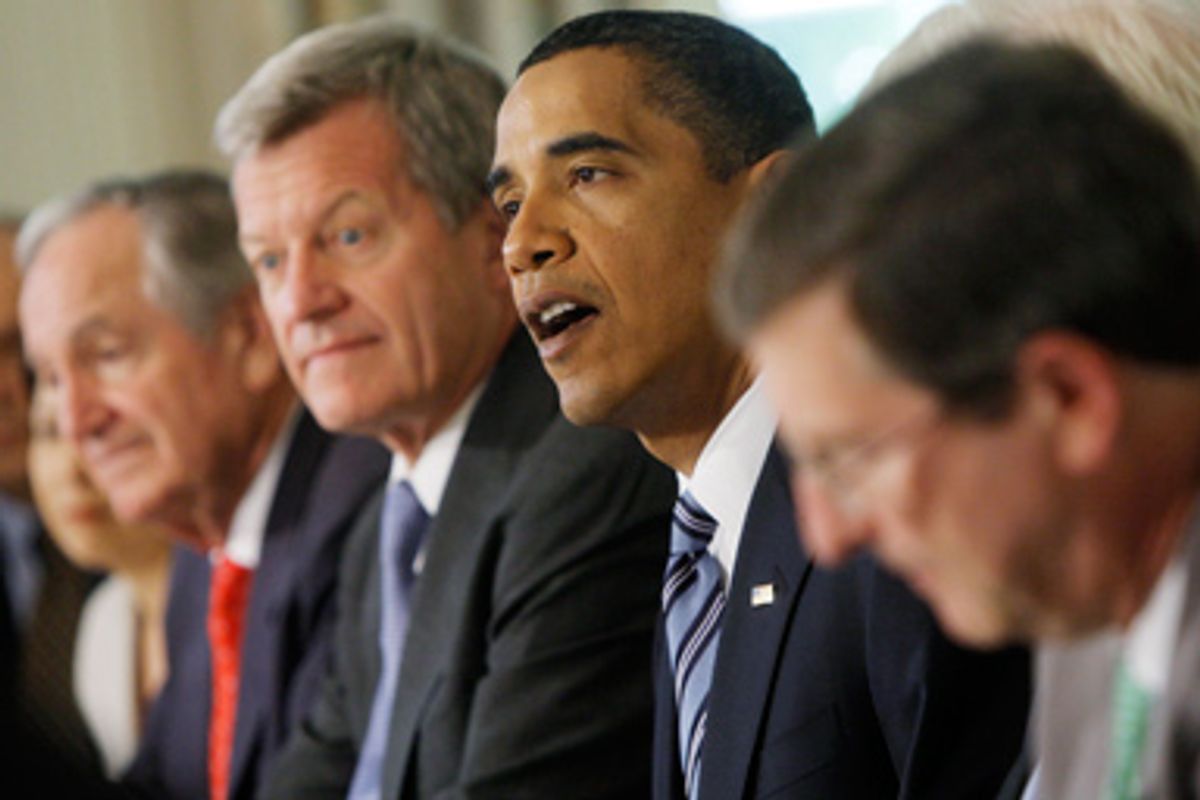 Here's the latest contortion from Senate Dems trying to win over a few Republicans to a "public option": Let nonprofits create healthcare cooperatives, then call them the public option. Kent Conrad, of North Dakota, chair of the Senate Budget Committee, came up with this bamboozle. Finance Committee chair Max Baucus, D-Mont., is impressed, and some Republicans — even Chuck Grassley of Iowa — seem interested. Watch your wallets.

Nonprofit healthcare cooperatives won't have any real bargaining leverage to get lower prices because they'll be too small and too numerous. Pharma and Insurance know they can roll them. That's why the Conrad compromise is getting a good reception from across the aisle, just as Olympia Snowe's "trigger" (whereby there's no public option until sometime down the pike, and only if Pharma and Insurance don't bring down costs and extend coverage a tad) is also gaining traction.

The truth is that there's only one "public option" that will truly bring down costs and premiums — one that's national in scale and combines its bargaining power with Medicare, and that's allowed to negotiate lower drug prices and lower doctor and hospital fees. And that's precisely what Pharma and Insurance detest, for exactly the same reason.

Whatever it's called — public option or chopped liver — it has to be able to squeeze Pharma, Insurance, and the rest of the medical-industrial complex. And the more likely it is to squeeze them, the more they'll fight it. And the greater the opposition from Republicans and from Dems who either believe any bill has to have some Republican support or who have sold themselves out to the medical biggies.

As long as single payer is off the table, then we need a real public option. Don't be fooled by labels. Demand the real thing.