The leading opposition candidate in Iran's election puts a U.S.-style Web video out to highlight the protests there 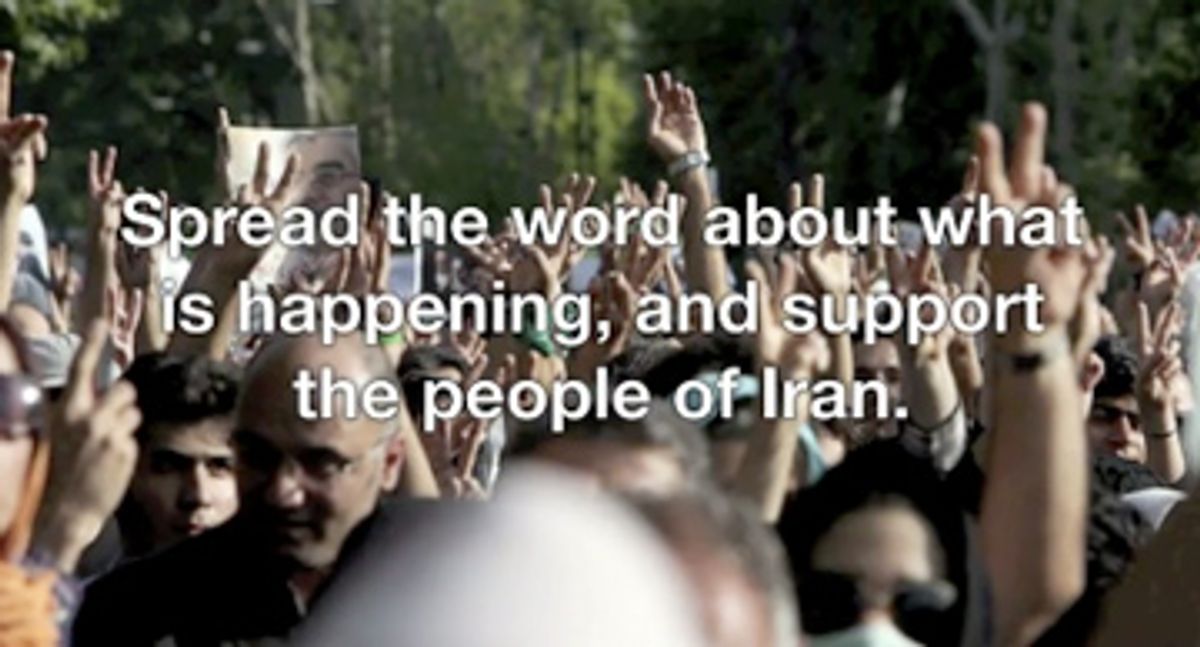 WASHINGTON -- The battle in Iran isn't only happening in the streets. Reformers and democracy advocates are trying to win a political and public relations fight, as well. So opponents of President Mahmoud Ahmadinejad and the hard-line regime there have been churning out dramatic Web videos to spread word of the situation, even as the marches in Tehran and other cities come under increasing attacks from Basij paramilitaries and other Iranian authorities.

An Iranian studying in the U.S. forwarded me two videos this morning that leading opposition candidate Mir Hossein Mousavi's organization recently uploaded to its Facebook page. One is a newly subtitled in English version of a slightly disjointed clip that Mousavi's group published in Farsi yesterday. It features a photo montage of the protests with some somber background music and the text of a Mousavi campaign speech calling for reforms and "to form a new government to promote a culture other than dictatorial culture." Then it cuts to video of other Mousavi speeches and some clips of debates between him and Ahmadinejad (where Ahmadinejad brings up Mousavi's wife, challenging her educational credentials in a way that would seem out of bounds in most nations' political culture). The video ends abruptly, and seems to have been produced before last week's elections as part of the campaign.

The second, though, is a very slick, U.S. campaign-style update on the last few days of protests, with some background about how they came about, sharp photos and a dramatic soundtrack. It's not clear who produced it, but it was posted on Mousavi's Facebook page -- with English titles -- around 6 a.m. Eastern Daylight Time today. Take a look here: