Mousavi: "I am prepared for martyrdom"

Protests turn even more violent in Iran, a day after the government promises to crush dissent. 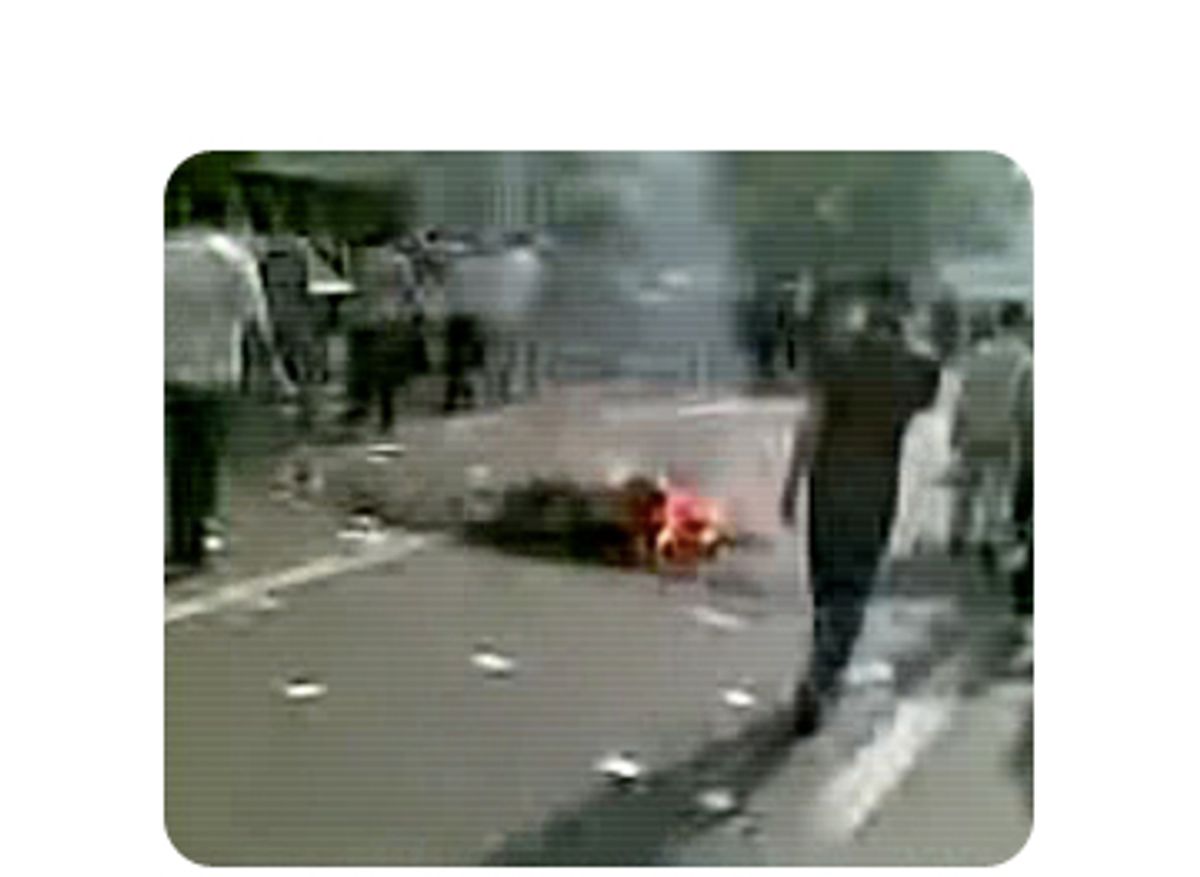 Protests continued in Iran today, despite yesterday's threat by Ayatollah Ali Khamenei to crush dissent if it went on. But the regime appears to be making good on its threats. Eyewitnesses reported massive security forces gathered all over Tehran, with Basij paramilitaries clubbing demonstrators and waves of arrests.

At about 9:20 p.m. in Tehran (12:50 p.m. Eastern time), Mir-Hossein Mousavi, the opposition candidate whose suspicious defeat by President Mahmoud Ahmadinejad last week sparked the protests, declared he was ready for whatever happened next.

"I am prepared For martyrdom," he wrote on his campaign Twitter page. "Go on strike if I am arrested."

Before dark, Tehran was already erupting in violence. Foreign embassies were reportedly taking in wounded demonstrators in need of safety.

"Shit has hit the fan," a correspondent in Tehran e-mailed Salon this morning. "Tohid Square on fire, people are chanting all along Satter Khan Street. Chaos, then suddenly quiet, people eating ice cream, etc., then more chaos. Fire in the middle of the streets -- chants, chants, chants and it is not yet night. Tehran is on fire tonight."

Salon has also obtained, from an Iranian student in the U.S., two video clips -- taken by cell phone by a friend in Tehran earlier today -- showing the marches. In the first, a crowd walks down the street, with fires burning along the way:

In the second, someone fires teargas into the crowd, and the protesters begin to run. Not long afterwards, the picture goes dark. (The clip has been edited, but chanting and screaming continue for several minutes.) The chants are in Farsi, but the student translated them. "Down with dictators!" the crowd is chanting at first. After the teargas, the crowd then starts yelling, "Don't fear, we are together."

The situation appeared to be getting more and more chaotic, and it seems likely that the regime will crack down harder. There were unconfirmed reports in government-controlled media that a bomb had gone off at the tomb of Ayatollah Khomenei. Mousavi accused the ruling clerics of plotting for months to rig the elections. The protesters, though, continued to use the language and tactics of the 1979 Islamic revolution -- many were reportedly carrying the Koran in the streets today, and each night, opponents of the regime have gone to their balconies or roofs to yell, "God is great," in Farsi, just as supporters of the revolution did 30 years ago.

And despite rumors that Mousavi had been arrested, he reportedly took to the streets to demonstrate today. Iranian journalist Fershteh Ghazi quoted him trying to rally the protesters:  "We have learned from our fathers that the blood of the innocent shall fall upon the guilty."