A '70s icon and pinup queen, she redefined beauty -- and allowed us to glimpse the ugliness of her cancer 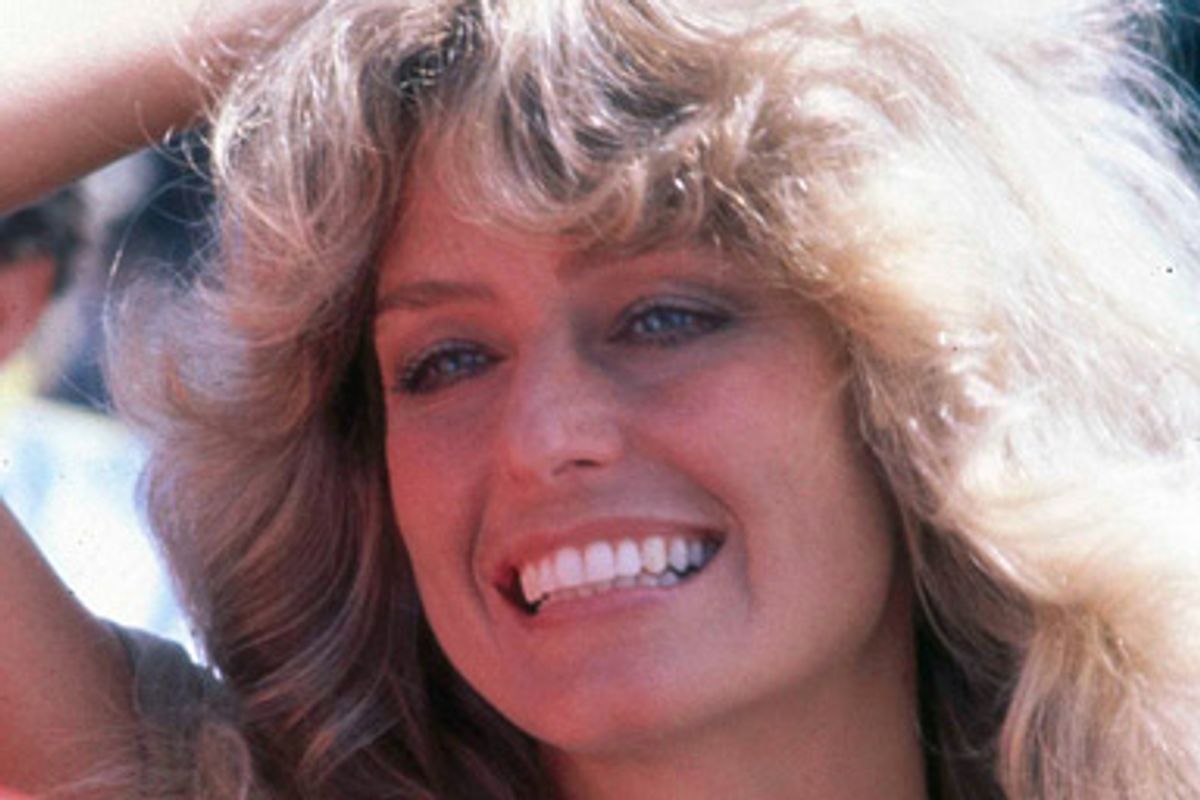 What was it about Farrah Fawcett -- the Angel, the rambling talk show guest, the frail deathbed reality star -- who succumbed earlier today to cancer at age 62?

Sure, she was stunning, in a sunny, quintessentially American way. She was a good actress, as her turns in "Extremities" and "The Burning Bed" proved. She had her share of public train wreck moments that always make for interesting speculation. Maybe it was all of those things. Maybe it was the hair.

As countless copycat yearbook photos and untold numbers of curling iron scars will bear witness, Farrah had the hair to end all hair. Bigger, poufier, blonder than anything else in the pop culture landscape, her hair made the term "angel" seem like a literal job description. The Corpus Christi native proved true what they say about everything being bigger in Texas (though God knows those of us from New Jersey have made an honorable go at follicular grandiosity).

When "Charlie's Angels" premiered in 1976, it was Farrah who immediately became the show's breakout star, an action heroine married to the "Six Million Dollar Man." Her look was a perfect hybrid -- a mix of late '60s and early '70s naturalism with a foreshadowing of the blow-dried extravagance to come in the '80s. With her small breasts and big teeth, she seemed to be effortlessly too much. Even now, those younger images of her carry a potent erotic charge -- head tossed back, nipples straining through a thin red bathing suit, and that hair everywhere, radiating sexiness. Her sexiness was potent but accessible -- something that seemed almost poignantly within the reach of the rest of us, if we could just get our own sausage curls right.

In her later years, she worked sporadically, struggling, like many former sex symbols, to age into a new phase of her career. It didn't help that she also appears to have battled a variety of personal demons. She had a tempestuous relationship with her longtime partner Ryan O'Neal. She appeared in public looking frail and disoriented. Her only son  Redmond  was arrested this spring on drug charges.

Yet at the end, the onetime loopy Letterman guest showed surprising grit. She allowed her friend Alana Stewart to document her dying days and broadcast them as "Farrah's Story." She gave the public an unparalleled glimpse at the ravages of time and disease upon one of the most famous bombshells of the 20th century.

But like Marilyn Monroe, Farrah wasn't just beautiful; she redefined beauty. Her first name is synonymous with a look that's still being reinvented and emulated in salons and bathroom mirrors across the world. And though her particular brand of glamorous style can never be duplicated, her legacy lives on every time a hopeful girl buys a can of Grand Finale.