Alice Hoffman continues the literary tradition of lashing out at critics, Twitter style. Who's sorry now? 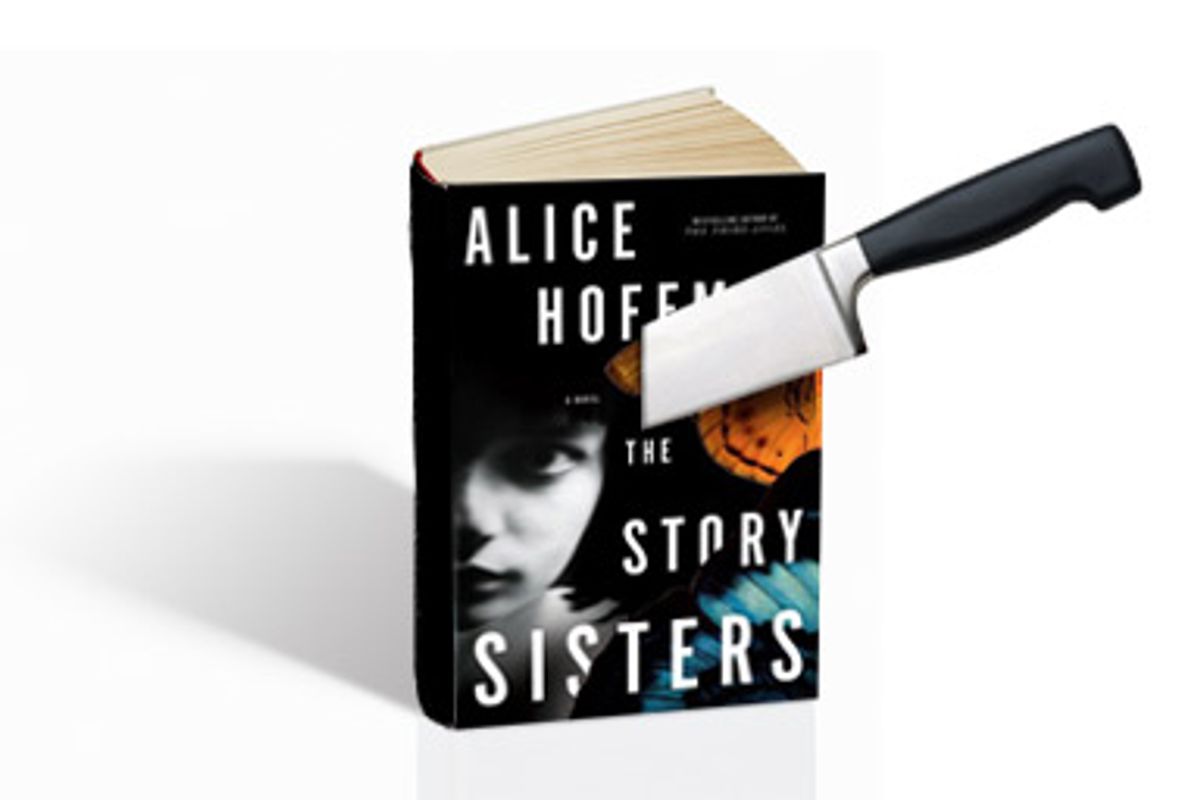 As newspapers and magazines shrink and shutter their book review sections, one could easily fret that with them will go that other great literary institution: the author-critic feud.

Fortunately, as Alice Hoffman's weekend meltdown suggests, the form is still thriving -- in 140-character nuggets. Smarting from a so-so review of "The Story Sisters" in the Boston Globe, the prolific novelist tweeted her fury to the world. She came out swinging, calling reviewer Roberta Silman "a moron," quickly moving on to "idiot," then expanding her repertoire to dis the newspaper and the city of Boston itself. But the real jaw-dropper in Hoffman's two dozen plus tweets on the subject was her suggestion that "If you want to tell Roberta Silman off, her phone is [Silman's phone number and email address]. Tell her what u think of snarky critics."

It hardly matters -- the Twitter community has pounced on the dustup, and the response has been considerably less charitable than anything Roberta Silman could have dished out. While some folks have been expressing that they're "disappointed in Alice Hoffman," others are referring to her as a "a d-bag" and a "psycho."

Authors generally try to stay classy in the face of negative feedback, bravely showing up for their readings and working the publicity circuit despite whatever Michiko and company proclaim. When they do respond to a critic, it's more likely to present a clarification or correction of something the writer has apparently gotten wrong. Just last week, "Strip City" author Lily Burana took Katie Roiphe to task in XX for Roiphe's dismissal of stripper memoirs, noting with both defiance and diplomacy that "criticism is only as solid as the author's willingness to accurately represent the works in question."

Sometimes, however, the quarrel is less about being right and more about lashing out. In 2001, Dave Eggers devoted 10,000 words (that's a boatload of tweets!) on McSweeney's to his e-mail exchanges and subsequent rebuttals of said e-mails to New York Times reporter David Kirkpatrick, calling the journalist's profile of him "a snippety little thing full of sneering and suspicion."

A few years ago, Caleb Carr famously blew up at Laura Miller's Salon review of "The Lessons of Terror" with a letter referring to her as a "bitchy wise-ass" and "REASON NO. 8 MILLION WHY THE SOUL OF NEW YORK CITY IS DYING." More currently, "Liberal Fascism" author Jonah Goldberg, not one to dilute the ranting, devotes much of his blog to debunking his critics.

Some authors take it further, making the tweet tantrum look positively restrained. In 2004, Stanley Crouch responded to a chance encounter with Dale Peck (who'd written unfavorably of Crouch's "Don't the Moon Look Lonesome" years earlier) at a New York City restaurant as an opportunity to slap him in the face. Twice.

Richard Ford had to wait two years after Colson Whitehead's negative New York Times review of 2002 novel "A Multitude of Sins" to spit on the him at a Poets & Writers party. But that's peanuts compared to what happened to another of Ford's critics. After a less than stellar write-up of his 1986 novel "The Sportswriter" appeared in the New York Times, Ford's wife took a pistol to a book the reviewer had written and blew a hole right through it. Ford later did the same honors with another copy of the same book.

Chilling though the message was, it didn't stop the critic from continuing to dole out opinions. Her name? Alice Hoffman.