The unholy alliance against subprime carbon

Conservative Republicans and environmentalists have finally found something to agree on: Cap-and-trade is evil 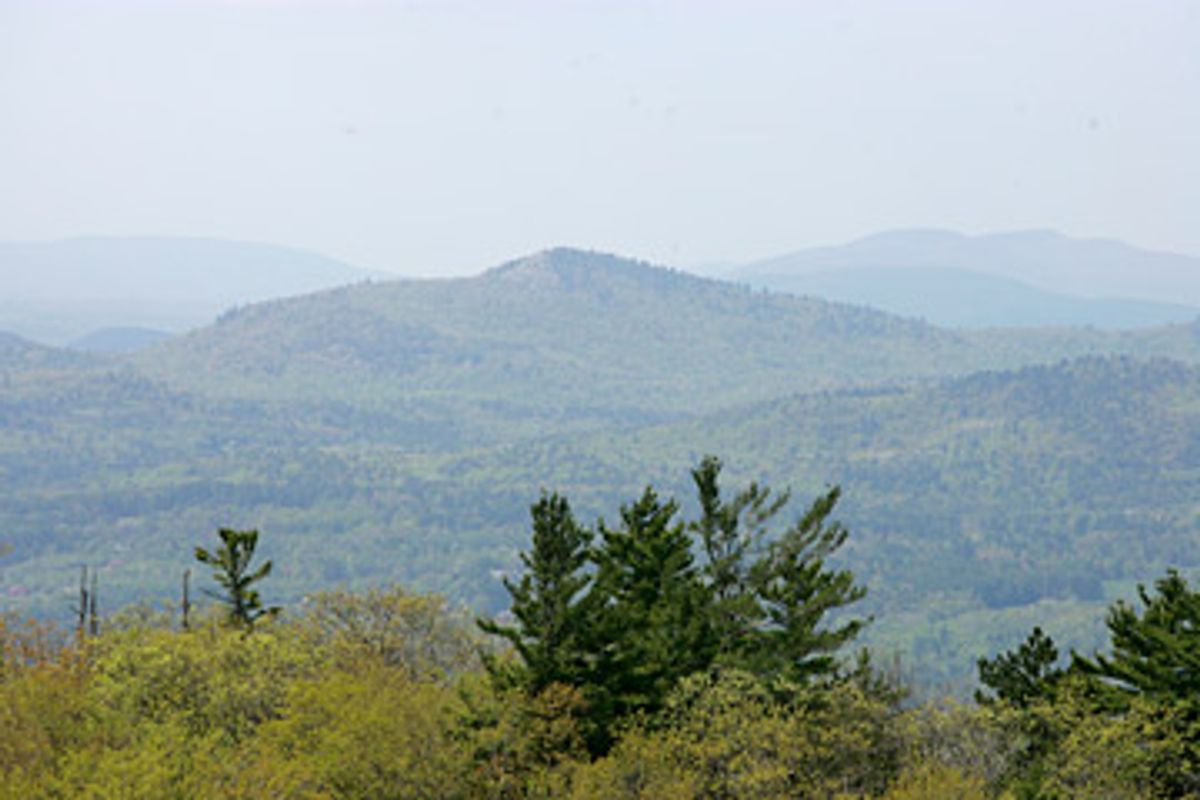 On Friday, speaking in opposition to the Waxman-Markey energy bill, Spencer Bachus, R-Ala., the ranking GOP member of the House Financial Services Committee, warned that the bill's cap-and-trade system for restricting greenhouse gas emissions could set the stage for an economic meltdown of subprime-mortgage-like proportions.

Michele Chan of Friends of the Earth says if not properly regulated the offset derivatives could become what she calls "subprime carbon" -- futures contracts that promise emissions reductions but fail to deliver and then become toxic or worthless. Already the financial markets and speculators are planning how to slice and dice them and sell them to investors. It sounds altogether too familiar -- a brand new, hard to price, vast convoluted market of carbon derivatives. And if these warnings are correct, one that certainly could pose a systemic risk in the financial markets.

If you liked what Wall Street did with the securitization of subprime mortgages, you'll love what they are going to do with carbon derivatives.

Yes, you read that right: Spencer Bachus, conservative Republican from Alabama, approvingly quoting a position paper from the environmental group Friends of the Earth. Even better, he also quoted a Mother Jones story warning "that without strong financial regulation of the market you could have abuses, over leveraging and ultimately collapse of the market." Mirabile dictu -- the Republicans have finally seen the light!

Well, not exactly. What is actually happening here is that Republicans and some environmentalists are so united in their distaste for cap-and-trade that they are willing to employ any possible ammunition to use against it. Equating carbon trading with the subprime derivative mess that turned a housing bust into a global depression neatly fits the bill. But the motives of the two sides are wildly different. Republicans would prefer no restrictions on greenhouse gas emissions whatsoever. The environmentalists, by contrast, would rather have a carbon tax or direct government limits on emissions, without being forced to rely on any kind of market-based system that tries to steer industry to the right behavior via the profit incentive.

Like Kevin Drum, I am skeptical of claims that the carbon derivatives market will speedily rise to the point where it could threaten the stability of global financial markets. I don't think Wall Street is likely to make the same exact mistake twice in a row -- the usual modus operandi is to find some kind of new mistake to make. But there is definitely an issue of concern here. If a market for trading emissions allowances develops, there will be speculation by carbon traders, just as there is in oil, or pork bellies, or subprime mortgages, or any other market in which commodities of any kind are traded. And everyone who complains that so-called "carbon offsets" -- credits that are generated by planting a forest here, or capturing methane from a landfill there, or switching from coal to natural gas somewhere else -- are very difficult to measure or monitor for fraud are on the mark. The cap-and-trade system envisioned by the Waxman-Markey bill is complex and ripe for abuse, and traders will seek ways to manipulate it.

But the answer here is neither to dump any kind of climate change legislation altogether,as the right wants, or to scrap this bill and start all over in the hopes of passing a tougher bill that is more amenable to the desires of the left. The first option would be a dereliction of duty to the planet and the second option is a fool's dream. Given the political realities, a cap-and-trade system is the best we're going to get, and our only real option is figuring out how to make it work, and then to improve it over time -- just as the Europeans have steadily improved their own Emissions Trading System.

If Spencer Bachus is so worried about the potential of systemic risk from carbon derivatives trading, then he and the other House Republicans should get on board with comprehensive derivatives regulatory reform. Regulated derivatives trading in commodities has a long and useful history -- it's when you specifically legislate that certain derivatives markets be unregulated that you run into trouble.

But we won't hold our breath for that -- the GOP stance is entirely hypocritical, and I can 100 percent guarantee that when derivatives regulation does get debated before the House Financial Services Committee, Spencer Bachus will be doing his best to water down whatever Chairman Barney Frank is proposing, at the behest of exactly the same Wall Street special interests he was willing to demonize in his (failed) attempt to torpedo Waxman-Markey.

The environmentalist stance is less dishonest -- they want a stronger bill, not no bill at all. But they are deluded to think that they are going to get one.

Just look at the vote that passed Waxman-Markey in the House -- 219-212. I'm sure that if the House Democratic leadership had really wanted a bigger margin they could have gotten one -- the fact that eight Republicans voted for the bill and it won by a mere seven votes is evidence of superb vote-counting by Pelosi et al, who deftly managed to give cover to the maximum amount of Democrats possible for whom a yea vote would been politically perilous. But this was for a weak bill that is riven with compromises -- that absolutely no one thinks is ideal. By what logic can one imagine a bill passing, that was tougher on energy companies, that made fewer compromises with potentially affected industries and communities, and that ran the risk of creating an even stronger short-term economic impact?

I think Barkley Rosser at EconoSpeak sums it up nicely:

So, here it is, this big disappointment for many ... by all reports loaded down with even more giveaways, loopholes, breaks for farmers and corporations ... and the darned thing is so long (1300 pages?) that it will be a long time before we figure out what is in it really, although at least we know that it involves some sort of cap and trade mechanism, maybe, although with something like 85 percent of the permits given away rather than auctioned off, and emissions limits to go down so slowly that they will be considered a joke by the rest of the world in Copenhagen in December. What is a body to do or think of this?

Well, actually, the more I think about it, the more I think it is a genuine achievement, at least potentially. That the vote was so close is a reminder of how much opposition to doing anything about global warming there is in the Congress, and when it gets down to it, the public at large, despite all the polls showing people for doing something in the abstract. After all, 44 House Democrats voted against this. While there are Republicans who are lunatics and goofballs following wacko theories and listening to Rush Limbaugh, I suspect the solid majority of those 44 Dems believe that global warming is happening. But they do not see it as any near term threat to their districts, while they see serious potential costs to businesses and employment in their districts, something they are not keen on during a recession at all....

... If warming clearly continues, there is now a mechanism in place that can be used to tighten up and enforce CO2 emissions reductions... So, now we have to get it through the Senate, even if most of the rest of the world thinks it is a pathetic joke. It will still be better than doing the big fat nothing that has been done so far.

Environment How The World Works