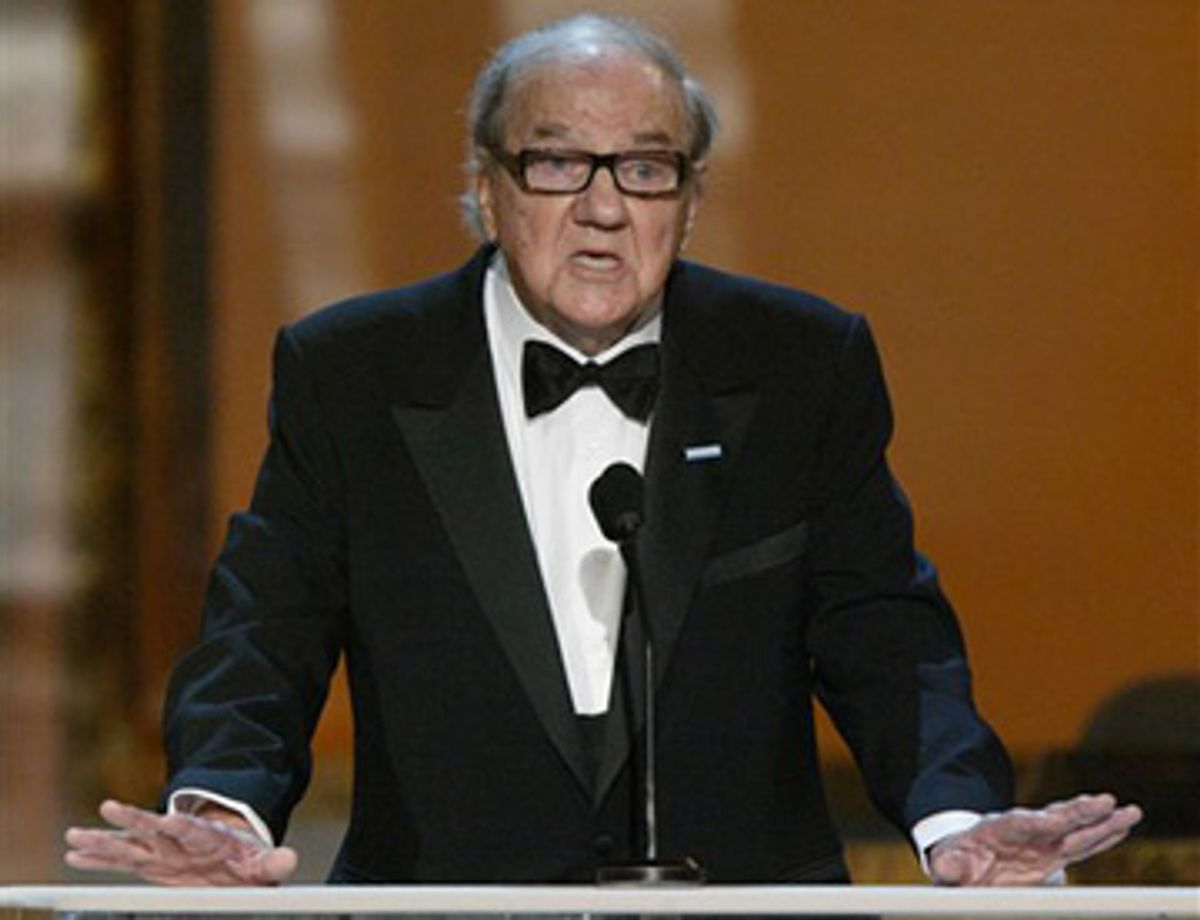 Amid the celebrity death party of the last few days, let's spare at least a brief thought for Karl Malden, the iconic broken-nosed character actor and American Express pitchman whose pugnacious working-class demeanor kept him going in show business for more than 50 years. Malden died Wednesday at age 97, which means he was 46 years old when Michael Jackson was born in 1958.

For someone of my generation, Malden will always be identified with Lt. Mike Stone of the long-running 1970s TV series "The Streets of San Francisco" (whose sidekick was played by Michael Douglas). For younger viewers, I guess he'll always be the "Don't leave home without it" guy from more than 20 years of American Express commercials. But of course Malden was an established film actor long before those gigs. He played opposite Marlon Brando several times, winning an Oscar as the likable Mitch in "A Streetcar Named Desire" and playing the sympathetic priest in "On the Waterfront." He also played Gen. Omar Bradley in "Patton" and the prison warden in "Birdman of Alcatraz," but my personal favorite is probably Malden's vicious crook-turned-sheriff in the terrific revenge western "One-Eyed Jacks" (another Brando film, and the only one he ever directed).

Malden was born in Chicago as Mladen Sekulovich, the son of a Serbian father and Czech mother, and spoke no English until he went to school. This heritage is the source of his great gift to pop-culture trivia collectors, since Malden went to great lengths to include his original name in the dialogue of his films and TV shows. In "The Streets of San Francisco," Stone frequently employed an informer called Sekulovich. In the courtroom scene of "On the Waterfront," one of the union officials' names read aloud is Mladen Sekulovich. Under fire in Sicily, Malden's Gen. Bradley in "Patton" barks, "Hand me that helmet, Sekulovich." And so on. There are a few other examples in Malden's Wikipedia entry, but I just know somebody out there must have a definitive list.

Go in peace, Sekulovich. I don't think they take American Express cards where you're going. Just this once, it was OK to leave home without it.

Beyond The Multiplex Marlon Brando Movies