Iran: "The guest is God's friend" 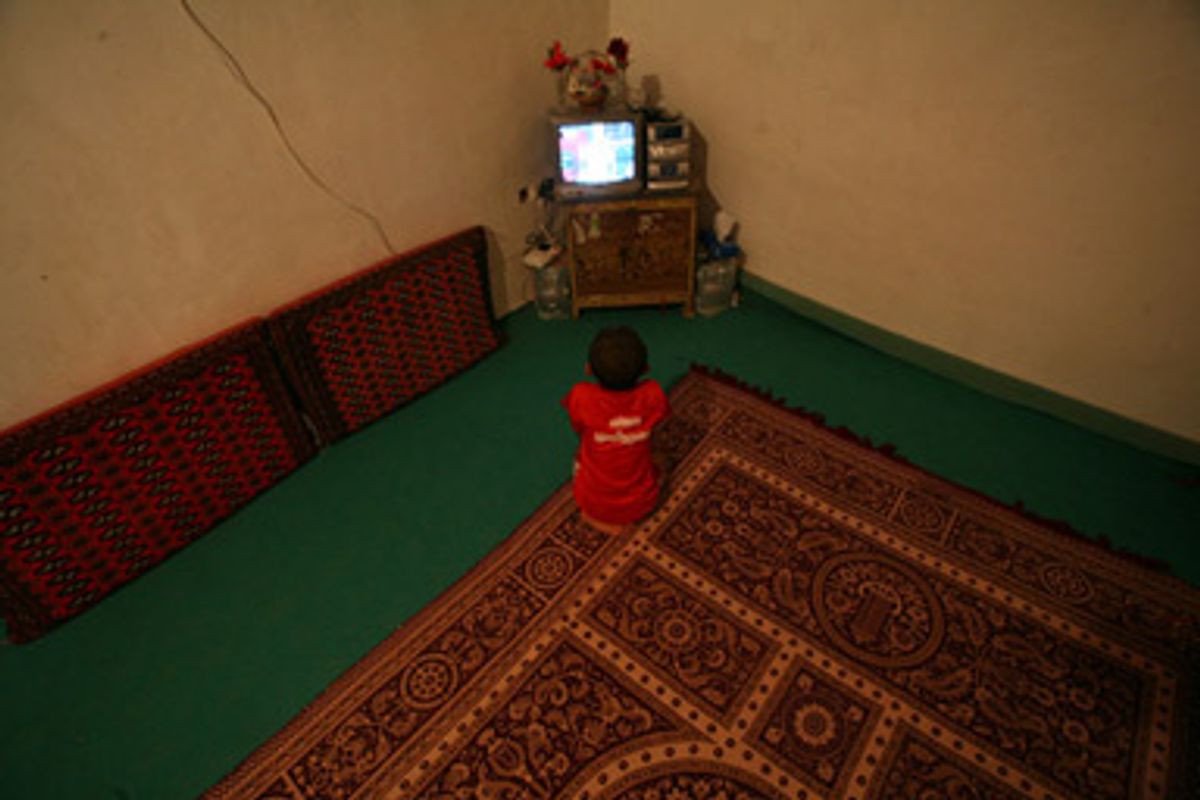 Journalism's deepest, most honest contributions inevitably spring from on-the-ground reporting, unencumbered by policy agendas in Washington, London or other foreign capitals. That's what epitomizes the work of my friend and colleague Iason Athanasiadis, and it's why his detention by Iranian authorities, on June 17 when trying to board a flight out of Iran, is so troubling.

Iason, who has written for the Christian Science Monitor, Los Angeles Times and publications across Europe and the Middle East, comes from that breed of journalist in pursuit of something beyond just "the story." To work in Iran, he learned Farsi; to understand its people, he lived with them for three years. His work, as a writer and photojournalist, reflects deep empathy with the Iranian people, an understanding of their historical legacy, and an analysis of the changes swirling around them. Those values lend an independence and credibility to Iason's work that allow him, on the one hand, to produce the revealing photo essay "Children of the Revolution," which captures the hopes of a new generation of Iranians; and on the other, to invoke, in his writing on the nation's history, "Britain's imperialist past and expert meddling in Iran's internal affairs," which "has left most ordinary Iranians nursing a distrust that endures."

Iason is not being held by the Iranians because of his critique of the history of Western interference in Iran. Rather, his detention is part of a pattern of arrests and detentions of foreign reporters and Iranians working for Western news agencies -- journalists who were invited to document historic elections, and whose work in reporting the troubling aftermath was suddenly unwelcome. On June 19, a week after the elections, Ayatollah Ali Khamenei, Iran's supreme leader, accused the "evil" foreign media of agitation and helping foment unrest.

The Committee to Protect Journalists, which has taken up Iason's case, along with Harvard's Nieman Foundation for Journalism (where Iason was a fellow last year), Reporters Without Borders and Amnesty International, have expressed repeated concerns about what Amnesty calls "prisoners of conscience." Since the elections, dozens of Iranian and foreign journalists have been arrested. Others remain in custody, are prohibited from leaving their offices, or have been expelled. Iranian state media went so far as to accuse one of those expelled, BBC journalist Jon Leyne, of hiring "thugs" to kill Neda Agha Soltan, the young musician and philosophy student whose killing galvanized protests against the Iranian regime. The supposed motive? So that Leyne could make a documentary film about Soltan's tragic death.

Iason's detention is especially ironic, given his love of Iran and his understanding of its people and culture. His on-the-ground reporting in the aftermath of the elections, for the Washington Times, GlobalPost and the Pulitzer Center for Crisis Reporting, was built on his earlier documentation of Iranian society for Der Spiegel, the South China Morning Post, Athens News, the National of Abu Dhabi, and numerous other publications in the U.S. and Europe.

His images concentrate on Iran as a "land of paradox," where respect for tradition both contrasts and overlaps with contemporary yearnings. It is here, as much as anywhere in his work, that Iason's appreciation of Iranian society comes through. In museum and gallery exhibitions, including at Harvard, Stanford and the Craft and Folk Art Museum in Los Angeles, the narrative of youth is depicted alongside images of religious rites, village and nomadic life, traditional fishing communities, women snowboarders, men on horseback, soccer matches, religious theater, and gridlock in contemporary Tehran.

Nowhere is Iason's witness more penetrating than in his images of what he called the "clandestine life of the next generation." Yet in documenting their aspirations, Iason also underscores that the young people of Iran seek change within Iran, not outside intervention; clear in their hearts is a wish to avoid the bloodshed that has plagued their nation for generations.

Iason has done as much as any foreign journalist to depict the nuances of contemporary Iran, and thus to humanize its people at a time when foreign powers were threatening another war. Indeed, we all could have used more of Iason's brand of incisive and empathetic journalism in the days leading up to the Iraq war.

The detention of Iason Athanasiadis fits into the larger context of the ongoing crackdown, including the arrest of 25 staff members of opposition leader Mir Hossein Mousavi's newspaper, and eight Iranian employees of the British Embassy in Tehran. Mixed signals from these and other arrests reflect larger divisions between Iran's ruling clerics: On the one hand, the release of 22 of the Mousavi newspaper staffers suggests an easing of the hard line; on the other, the arrests of the embassy employees underscores an increase in tensions with Britain -- a potentially bad sign for Iason, who holds joint British and Greek citizenship.

Yesterday came another disturbing sign: the 11-page "confession" by Newsweek's Maziar Bahari, posted by Iran's Fars News Agency. In it, Bahari allegedly said, "The activities of Western journalists in news gathering and spying and gathering intelligence are undeniable ... I, too, as a journalist and a member of this great Western capitalism machine, either blindly or on purpose, participated in projecting doubts and promoting a color revolution." On Wednesday, Newsweek disputed that charge, defending Bahari as "a veteran journalist whose long career, both in print and in documentary filmmaking, has been accurate, even-handed, and widely respected."

Iason was traveling on a valid journalist's visa in his Greek passport when he was detained, and Greek diplomats, and the patriarch of the Greek Orthodox Church, have joined with human rights and journalism organizations to implore the Iranians to send their native son home. The Greeks would do well to point to Iason's analysis of the history of foreign meddling in Iran, including, most recently, an exposé of Bush administration attempts, through the CIA, to destabilize the regime in Iran.

But the heart of the Greeks' case to Iranian authorities is Iason's love for Iran, and his invaluable contribution, in Iran's recent history, of humanizing its people when talk of war was swirling all around. Iason epitomizes the honest witness; or, in the Persian context, the respectful guest within your midst. The ill treatment of a guest of Iason's caliber represents the antithesis of the nation's famed hospitality. It is as if the Iranian leaders have suddenly forgotten one of the most time-honored sayings from the depths of Persian culture: Mihman Habib-e-Khodast -- the guest is God's friend.

The Iranians must know that such treatment of foreigners can only further damage the image of the Islamic Republic of Iran. Now, authorities have a chance to show goodwill, by releasing Iason Athanasiadis and other journalists being held against their will.