Social justice, wealth redistribution, a new morality for Wall Street -- the pontiff throws down on capitalism 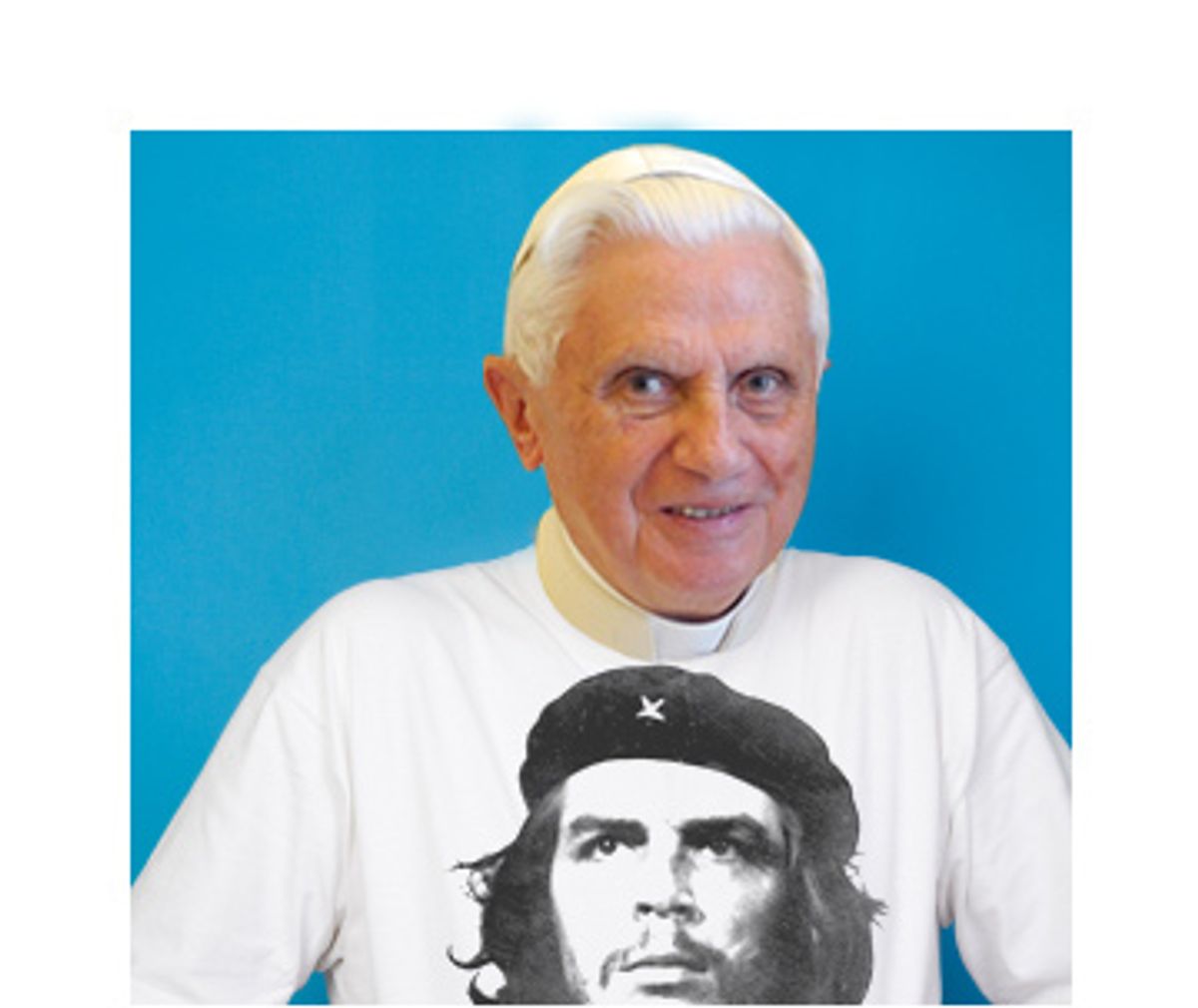 Who knew Pope Benedictine XVI was a crusading social activist? In his newly released encyclical letter, Caritas in Veritate, His Holiness is a blunt critic of modern capitalism.

And perhaps most strikingly, he situates his entire social critique in a framework that would not be out of place in the latest essay on globalization from Joseph Stiglitz.

The global market has stimulated first and foremost, on the part of rich countries, a search for areas in which to outsource production at low cost with a view to reducing the prices of many goods, increasing purchasing power and thus accelerating the rate of development in terms of greater availability of consumer goods for the domestic market. Consequently, the market has prompted new forms of competition between States as they seek to attract foreign businesses to set up production centers, by means of a variety of instruments, including favorable fiscal regimes and deregulation of the lab our market. These processes have led to a downsizing of social security systems as the price to be paid for seeking greater competitive advantage in the global market, with consequent grave danger for the rights of workers, for fundamental human rights and for the solidarity associated with the traditional forms of the social State.

Caritas in Veritate or "charity in truth," is an extraordinary document, 30,000 closely reasoned words that, while widely ranging, contain within them a profound critique of unregulated capitalism. This being the Pope, the critique is rooted in a "truth" derived from the Gospel, from Christian moral values to "which Jesus Christ bore witness by his earthly life and especially by his death and resurrection." That framing provides certain challenges to nonbelievers, particularly those who believe not only in social justice and the common good but also in such things as reproductive choice.

Still, even as the Pope reaffirms traditional Catholic dogma, he also evokes a fascinating tension between Christian values and a free market that holds profit-making as the highest goal. In so doing, he presents American politics, as they are currently constituted, with a paradox. The contemporary Republican party constructs its ideology around two foundation stones -- free markets and Christianity. But the Pope places those two building blocks in contradiction to each other. "Every economic decision has a moral consequence," writes the Pope.

Economic activity cannot solve all social problems through the simple application of commercial logic. This needs to be directed towards the pursuit of the common good, for which the political community in particular must also take responsibility. Therefore, it must be borne in mind that grave imbalances are produced when economic action, conceived merely as an engine for wealth creation, is detached from political action, conceived as a means for pursuing justice through redistribution....

...[T]here is nevertheless a growing conviction that business management cannot concern itself only with the interests of the proprietors, but must also assume responsibility for all the other stakeholders who contribute to the life of the business: the workers, the clients, the suppliers of various elements of production, the community of reference. In recent years a new cosmopolitan class of managers has emerged, who are often answerable only to the shareholders generally consisting of anonymous funds which de facto determine their remuneration.

That sounds to me a lot like a liberal critique of Wall Street as currently organized. The timing, needless to say, couldn't be better. Rhetorically speaking, the Pope is sounding a lot like Obama. Wanna be a true Christian? Share the wealth.