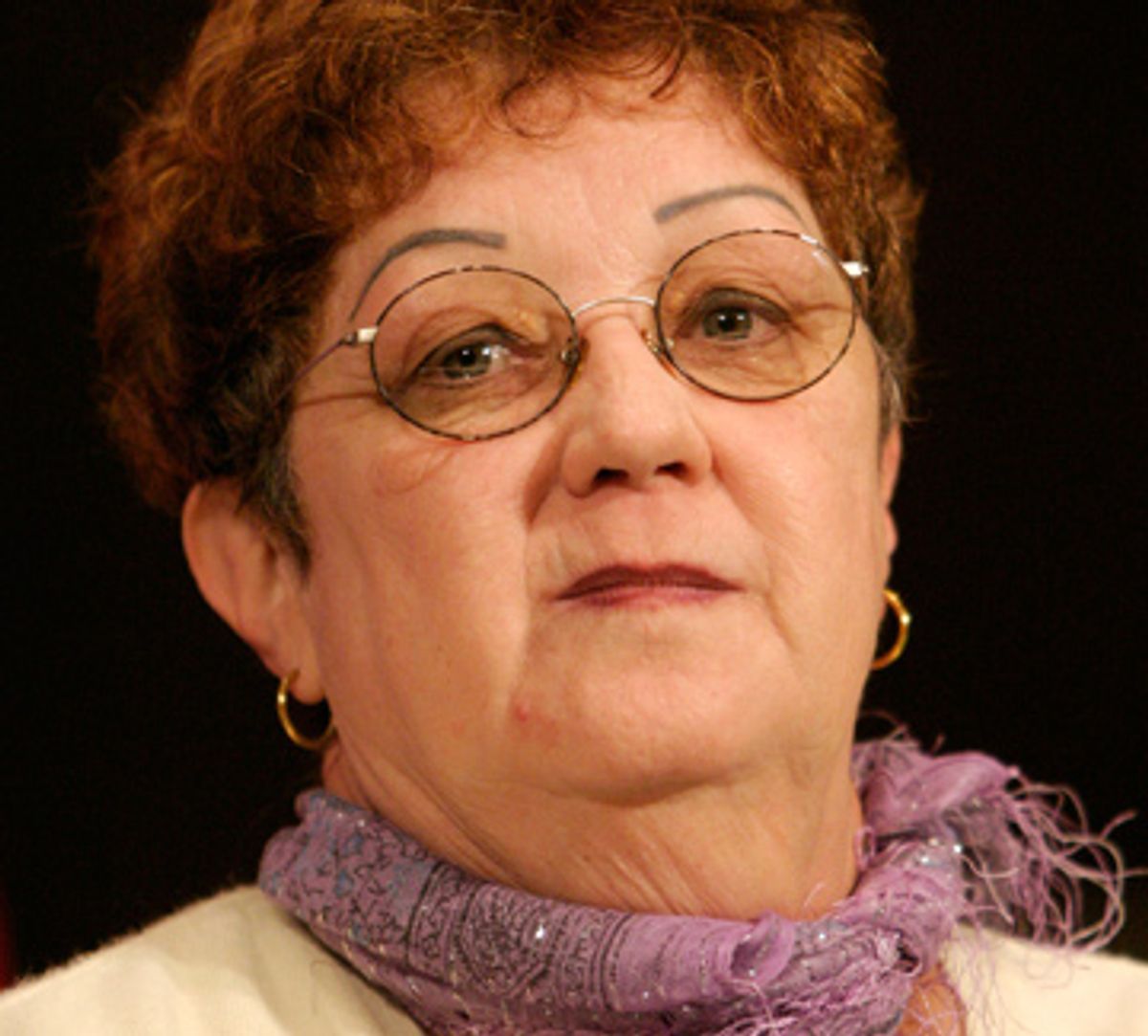 It’s easy enough to dismiss a trio of middle-aged guys disrupting the confirmation hearings of Judge Sonia Sotomayor by ranting about the unborn. But among the protesters arrested yesterday was one of the pro-life movement’s star symbols -- Norma McCorvey, aka Jane Roe.

McCorvey’s conversion is old news: Back in the mid-'90s, McCorvey, working at an abortion clinic, was befriended by Phillip Benham, who was protesting the clinic as part of Operation Rescue. Each day when she went out for a smoke, he went to work on her. As she wrote in her 1998 book “Won by Love” (the sequel to her pro-choice book “I Am Roe,” published four years earlier): “It’s as if blinders fell off my eyes and I suddenly understood the truth -- that’s a baby!” She was subsequently baptized by Benham in a backyard swimming pool filmed for national television and started her second career as a national figurehead -- making commercials, leading protests and, in 2005, becoming the plaintiff in McCorvey v. Hill, a failed attempt to overturn the landmark decision that made her an international symbol for women’s rights.

For religious conservatives, McCorvey’s story bears all the hallmarks of a classic conversion narrative: She’s a sinner, redeemed by faith, devoting her life to atonement. But it’s much more difficult for those who once saw her as a symbol of women’s choice to figure out what the hell happened. When asked about McCorvey on the 30th anniversary of Roe v. Wade, Kate Michelman, then president of the National Abortion and Reproductive Rights Action League, refused to comment. But an earlier, terse statement simply said the decision “isn’t about any single individual. It’s about the freedom of all women to make reproductive decisions free from government intrusion.”

True enough. McCorvey’s defection from the movement tells us nothing about whether other women should have the right to end their pregnancies. But it’s a fascinating example of the potential effects a certain kind of fame and notoriety can have on a person.

When the New York Times caught up with McCorvey in 1994 (pre-conversion), she was working as a cleaning woman and living in a house with a steel door after the first one was shot up by protesters in 1989. (One thing you can say about turning to the other side: Pro-choice activists are less likely to come after you with firearms.) She was living with her longtime partner, Connie Gonzalez, whom she had met when Gonzalez caught her trying to shoplift groceries. The reporter, Alex Witchel, called her the most “unlikely role model in the history of the women’s movement" -- mentioning, among other things, McCorvey's prostitute grandmother, alcoholic mother and her past as a carnival barker. As Witchel wrote then:

She settles onto her bed, talking like a teenager. It seems as if some aspects of her grew up, and some didn’t, some grew wrong, while others grew right. Her personality is like a prism, different moods glint through, some lasting seconds, others staying longer. Through it all, the constant is how hard she tries to be liked.

It’s hard not to read a pretty heavy dose of condescension in Witchel’s take on McCorvey, a feeling that was certainly familiar to McCorvey herself. She has said her lawyers, Sarah Weddington and Linda Coffee, treated her like a “pawn,” and one can imagine a big chasm between a woman with a ninth-grade education and her big-city lawyers, who picked her as a plaintiff precisely because her situation seemed so desperate: At 21, she was pregnant with her third child; the first was being raised by her mother (who, McCorvey claims, forced her to sign adoption papers while she was drunk, after she discovered her daughter was a lesbian); the second, by the father, who had forbidden her to have contact. She had already been through an abusive marriage at 16, and claimed her third pregnancy was the result of rape (she later said she lied about the rape, hoping it would help her case). Over the years, her relationship with Sarah Weddington became particularly volatile -- in part because she blames Weddington for turning her into a pregnant plaintiff, rather than helping her to get an illegal abortion. As she told Witchel in 1994:

Sarah sat right across from me in Columbo’s pizza parlor, and I didn’t know until two years ago that she had had an abortion herself. When I told her then how desperately I needed one, she could have told me where to go for it. But she wouldn’t, because she needed me to be pregnant for her case. I set Sarah Weddington up on a pedestal like a rose petal. But when it came my turn, well. Sarah saw those cuts on my wrist, my swollen eyes from crying, the miserable person sitting across from her, and she knew she had a patsy. She knew I wouldn’t go outside the realm of her and Linda. I was too scared. It was one of the most hideous times of my life.

Oh, the paradox: The woman who made it possible for generations of women to have a safe, legal abortion needed another woman to remain pregnant in order to make her case. Given the physical parameters of pregnancy vs. the machinations of the legal system -- McCorvey became pregnant in 1970, three years before the verdict -- it could hardly be otherwise, and that’s not Weddington’s fault. But it’s worth asking whether judges in 1973 would have been less inclined to see the need for an abortion had the plaintiff been, say, a young pregnant lawyer like Weddington, or a middle-class college girl.

The contradictions of McCorvey’s life just keep on going: Allegedly, she’s even recanted her lesbianism now that she has joined the Roman Catholic Church. Which is, like her new view of abortion, a choice she is certainly entitled to make. What caused the change of heart is murkier. When CNN asked her why she defected from the people who supported her right to end her pregnancy and to live with a woman, the woman who just wanted to be liked said, "They could have been nice to me instead of treating me like an idiot."