What Joe Jackson knows about Michael 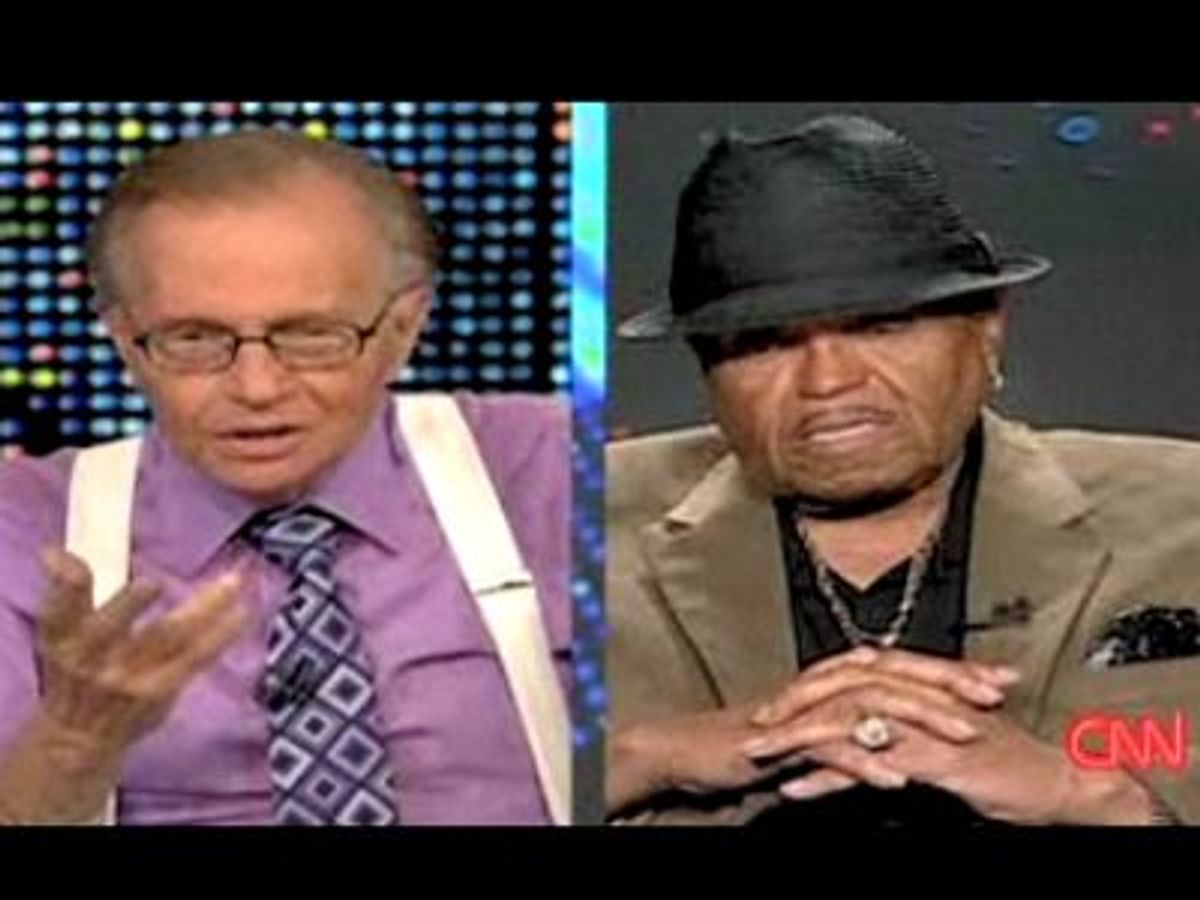 Larry King  interviewed  Joe Jackson last night, and it took several strange turns.  (Read the whole transcript on CNN).  Jackson and his son, Michael,  were clearly estranged (Joe admits he was barred from his son's home) and as King probed into their relationship the conversation veered into a weird territory.  Here's an early exchange:

KING: Where is -- where is Michael's body?

KING: You're the father.

Later, King, having established that the father and son didn't have anything to do with eachother, pushed Joe Jackson on whether he was an abusive father.

JACKSON: Let me handle this. The media keep hollering about saying that I beat Michael. That's not true. You know what this beat started -- beat started in the slavery days. Where they used to beat the slaves and then they used to torture them.

KING: Ok, you're on record.