Cast and crew guide us through the second season DVD commentary, from the evolution of Peggy to the real Don Draper 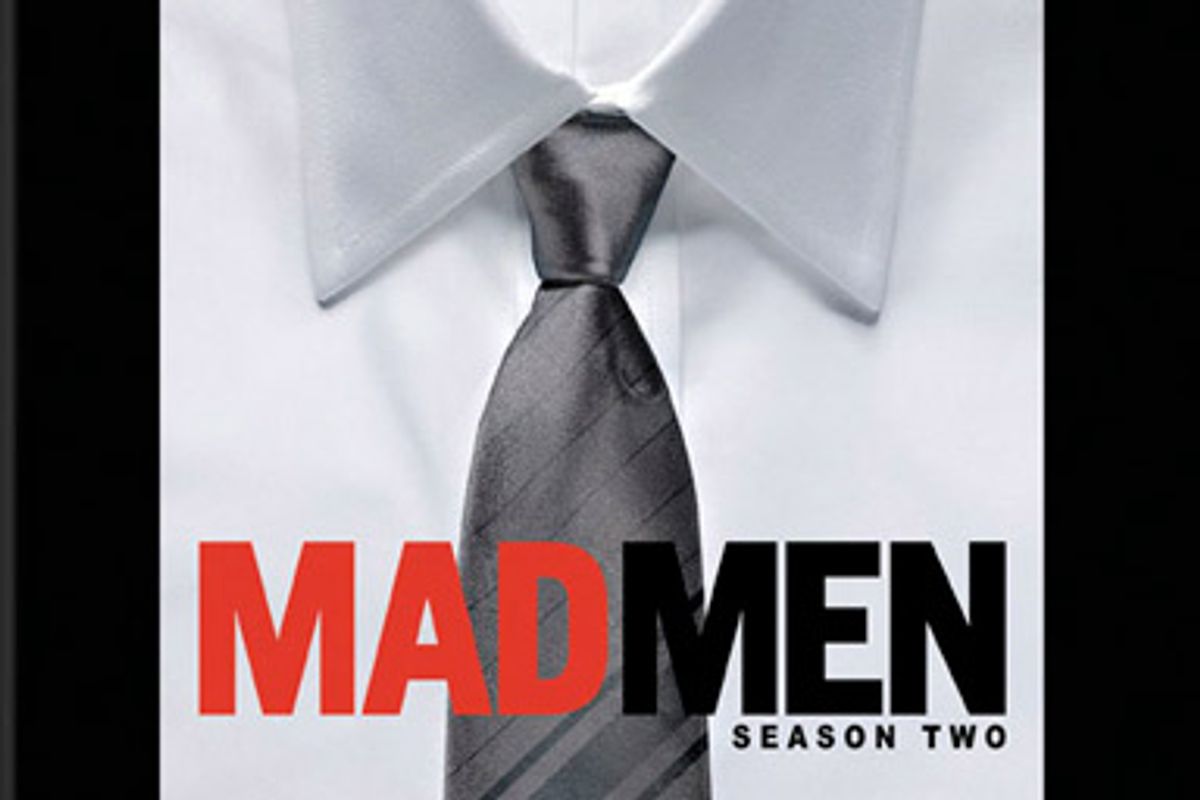 One of Matt Weiner's favorite shots in all of "Mad Men" arrives in the second episode of the second season: Peggy Olson, prim secretary turned crack copywriter, lies on the bed of her cramped Brooklyn, N.Y., apartment the morning after a late-night bash. She is still wearing her smart, modest red party dress, now billowing out across the rumpled sheets. "It's just luscious," Weiner says of the shot, and he's right: The camera peers down at her from high above -- her right arm splayed to the side, knees collapsed to the left, her room an artful tangle of clothes tossed across furniture and abandoned in heaps on the floor. Lasting all of 15 seconds, it's a scene even a careful viewer might miss, but for anyone fascinated by the ever-evolving Peggy, one of the show's most compelling characters, it contains a clue: The tightly coiled good girl and relentless worker bee turns out to be a bit of a slob.

I've never much gone for DVD commentary -- too often a forced, awkward affair for both creator and fan alike -- but I make an exception for "Mad Men," where the analysis of each episode becomes like mini-master classes on my favorite TV obsession. With his amiable, slightly nasal, utterly obsessive patter, creator Matthew Weiner makes a passionate tour guide for the show's second season, appearing on the commentary track for nearly every one of its 13 episodes to help trace the tale's bleak trajectory and drop little gems of insidery info: That Duck and Don's accounts-vs.-creative conflict was based on a clash between Bruce Crawford and Jim Jordan at the BBDO ad agency, for instance, or that he based the Peggy-Don mentorship on his own experiences as both master and apprentice (working with, among others, David Chase of "The Sopranos").

This might sound like mundane stuff, but it's a tall drink of water for those of us who consider season breaks to be more like a barefoot march through the Sahara. And Weiner has a bit of the charming adman in him, too -- he's not exactly Don Draper pitching Kodak the carousel, but he can still speak eloquently on this dark American landscape all cluttered with thwarted dreams and lust and, you know, vintage tiki bars.

I must also cop to adoring the actor commentary: The girlish Elisabeth Moss, who plays Peggy, talking about each scene as if she's presenting her exhibit at the science fair; the purring Christina Hendricks, who plays Joan, rightfully perturbed that the day after her rape scene aired a fan ran up to gush about what she was wearing ("I thought, 'That's all you have to say?" she asks); Jon Hamm, who undercuts his dashing stoicism with a penchant for sheer goofiness; the underrated Vincent Kartheiser, who enjoys making fun of his character -- the dear, despised Pete -- as much as the rest of us. (Poor January Jones, bless her heart, is conversational deadwood.)

The audience knows it's a game-changing moment when Don's lover, Bobbie Barrett, tells Peggy, "You can't be a man. Don't even try. Be a woman. It's powerful business, when done correctly." But it's still fascinating to hear the actress Elisabeth Moss reflect on the moment: "That's when everything begins to change," she says. "Everything that happens to her, even into next season, stems from that bit of advice."