Calling all junior Goths! This mini-masterpiece about a modern Alice in Wonderland is out on DVD, with 3-D glasses 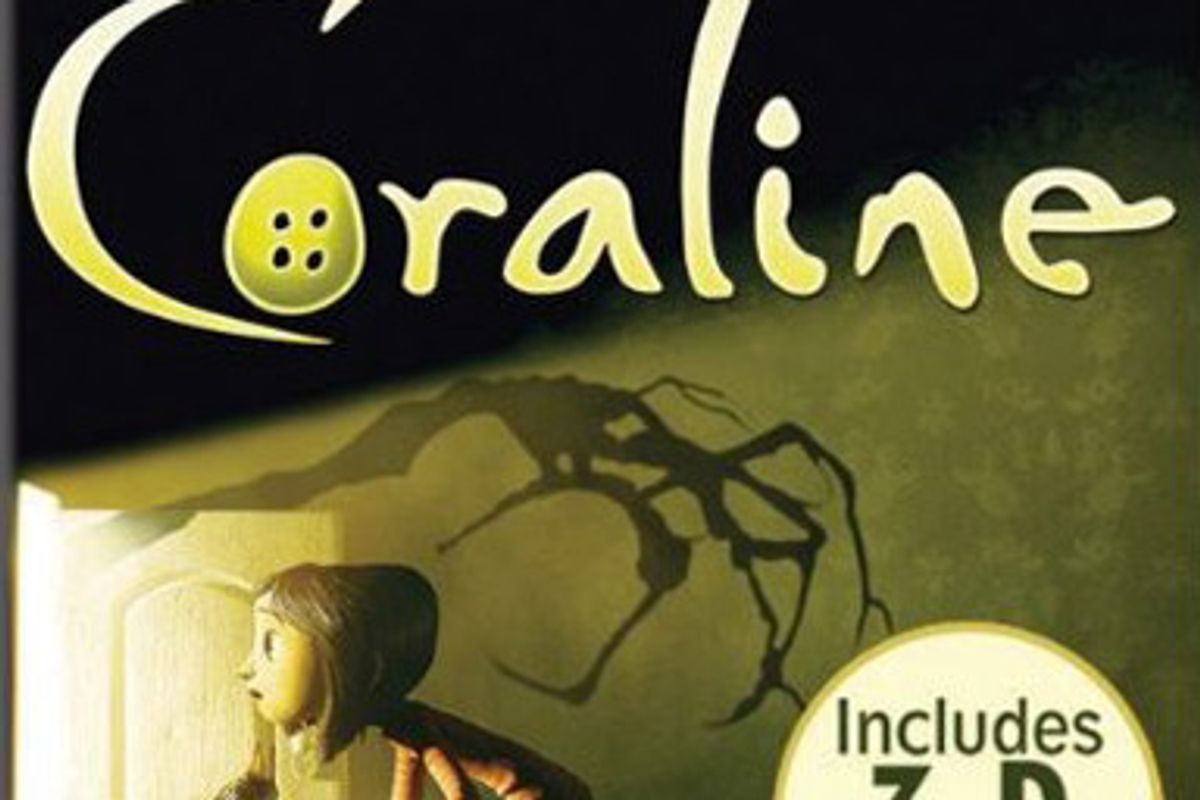 
"Coraline" on DVD and Blu-ray

Henry Selick's stop-motion animated film "Coraline," just out in a double-disc collector's edition on DVD and Blu-ray, is a wonder of visual invention, creating a prickly, whimsical fun-house world and then tearing it down again. It is best considered independent from the Neil Gaiman novella that inspired it, a mini-masterpiece of English Gothic horror with a bone-chilling darkness at its core. Selick tells essentially the same story, about a modern-day Alice who finds a secret passage into an idyllic other world that turns out to be a deadly trap, but renders its plucky heroine and her universe in friendlier, goofier, more American colors. Only the youngest children will find Selick's "Coraline" truly frightening, I would think, although its seductive-cum-sinister "other mother" might puzzle them. (I haven't tried it on my 5-year-olds yet.)

A theatrical smash in both 2-D and 3-D versions, "Coraline" now reaches home video in both formats; four sets of 3-D glasses are included, along with a digital copy of the film that's easily exportable to your laptop or iPod. I watched the whole movie with the red-blue specs on, and there are some nifty effects, notably in the glowing, spectral tunnel between Coraline's real house and the other world and in the haunted garden patrolled by her "other father" atop a mechanical praying mantis. But let's be honest: Home video 3-D is a novelty at this point, awaiting further technical breakthroughs, and "Coraline" loses virtually nothing viewed as an ordinary film. (I have heard that the 3-D effect comes closer to theatrical level on a big-screen plasma set, but I don't own one.)

Like Selick's now-classic "Nightmare Before Christmas," "Coraline" is more likely to charm the pants off you than scare 'em; the evil "beldam" who wants to entrap our heroine is a spiderish, faintly sexy combination of Cruella DeVille, Stepford wife and Morticia Addams. While Gaiman depicts her as a bottomless reservoir of unexplained evil, I almost feel that Selick views her more sympathetically. She creates wondrous, ephemeral landscapes designed to draw in the young and the young at heart, and so does he. Almost wistfully, he disassembles them in the end and allows us to go home to what Coraline calls "the other, other world."

"Torchwood: Children of Earth" on BBC America and DVD