The president has "a deep-seated hatred for white people or the white culture," the host says 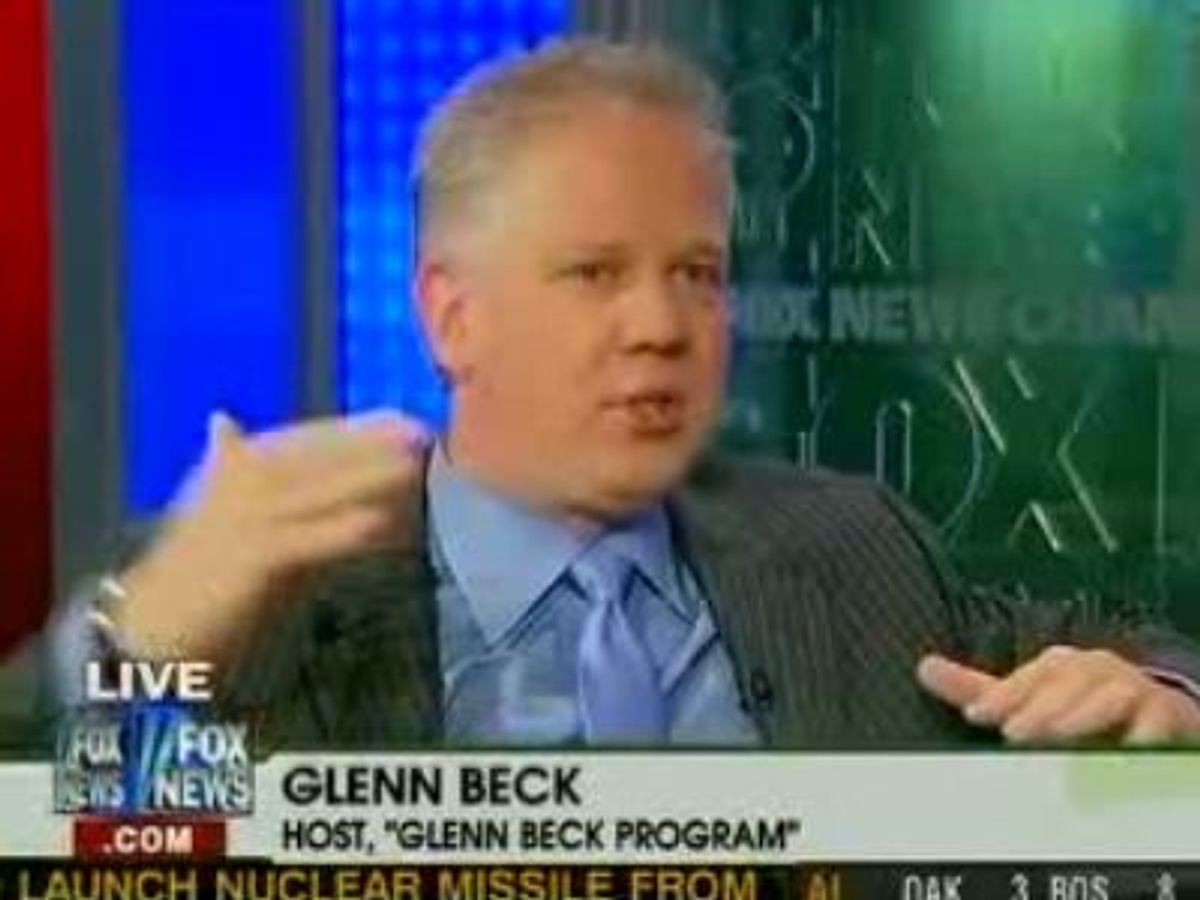 On Tuesday morning, the Fox News host was on his network's morning show, "Fox and Friends," when the subject of a White House meeting between President Obama, Harvard Professor Henry Louis Gates and the police sargeant who arrested Gates came up. This is what Beck had to say about it:

This president, I think, has exposed himself as a guy -- over and over and over again -- who has a deep seated hatred for white people or white culture, I don't know what it is.

Later, "Fox and Friends" co-host Brian Kilmeade said to Beck, "Listen, you can't say he doesn't like white people. David Axelrod's white, Rahm Emanuel, his chief of staff, is white. I think 70 percent of the people that we see every day are white. Robert Gibbs is white."

This prompted an odd walkback from Beck, who then immediately contradicted himself:

I'm not saying he doesn't like white people. I'm saying he has a problem, this guy is, I believe, a racist.

One other thing worth mentioning: Co-host Gretchen Carlson said, at one point during the segment, "Reports are coming out that [Obama] actually wanted that question."

What Carlson's referring to are random reports -- based on no evidence whatsoever -- from conspiracy theorists on the right that the question about Gates' arrest at Obama's press conference was coordinated in advance with the reporter who asked it, Lynn Sweet. Again, the reports have no factual leg to stand on, but it doesn't matter -- Sweet says it's not true.