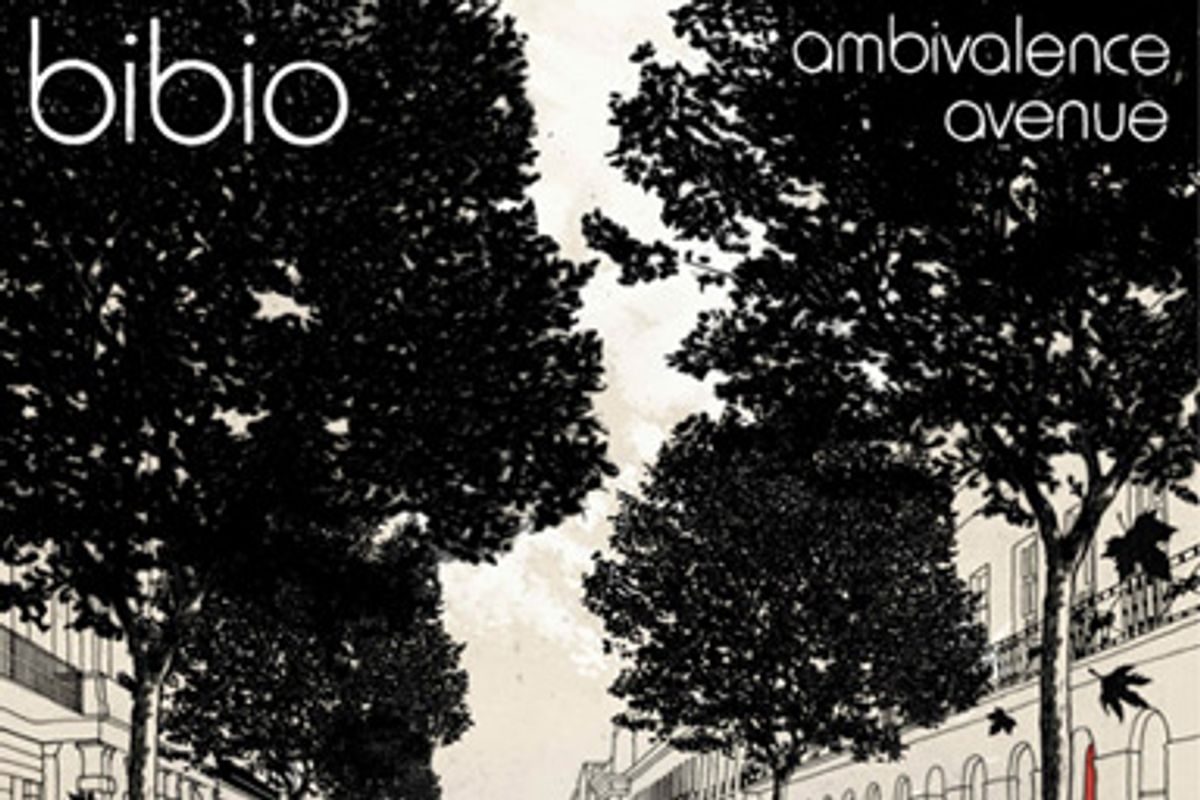 Why does every hipster musician sound like a wandering minstrel armed with a battery-operated Casio these days? On "Ambivalence Avenue," Bibio's very eclectic sound drifts all over the map, from Crosby, Stills, Nash and Young to Stereolab, resting most often in an unholy threeway between Fleet Foxes, Beck and Funkadelic.

Half of the album sounds like it was recorded on a big old tape recorder, but the borderline-irritating distortion and the scratchiness are redeemed by unexpectedly soulful bass lines and catchy melodies. The lyrics are as groovy as the beats, but delivered with a lighthearted wink. Like a tongue-in-cheek Eckhart Tolle, Stephen Wilkinson sings on "All the Flowers," "Don't fret about what doesn't suit ya/ Try to forget about the future."

The best tracks on the album, "Haikuesque (When She Laughs)" and the instrumental "Cry! Baby!" demonstrate Wilkinson's knack for memorably wistful tunes. But the bizarre little electronic ditties and folksy earnestness stuffed in between will erase your memories, so that by the end of the album you'll find yourself wondering, "What the hell was that?"