A young Catherine Deneuve stars in "Repulsion," a shocking early film from the notorious director, out on a new DVD 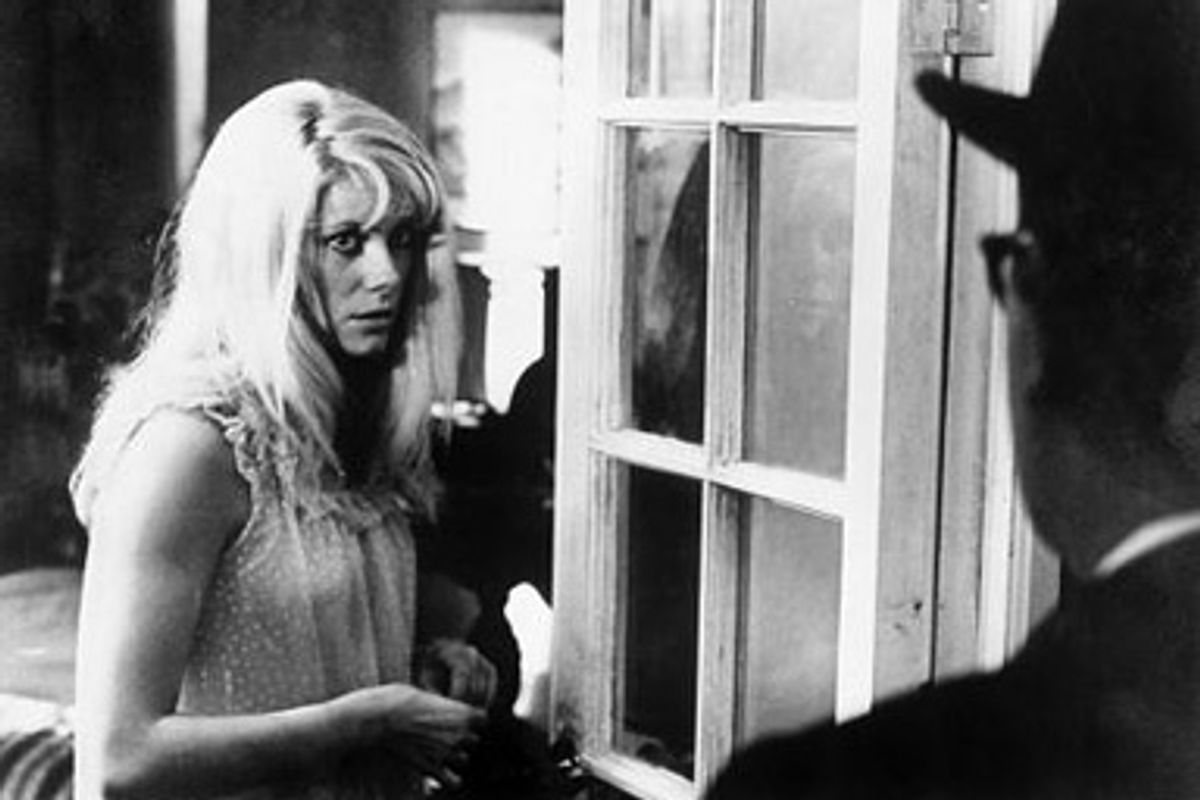 The cocksure little guy we see directing a British-made, black-and-white psychological thriller called "Repulsion," in a 1964 French television documentary included with the new Criterion Collection DVD, is not yet an internationally notorious figure. So much lies in his future, a lot of it pretty dark: His pregnant wife will be murdered by the Manson family, he will make two of the best films in the late '60s-early '70s Hollywood renaissance, he will flee the United States to avoid prison time after pleading guilty to statutory rape, and he will accept an Oscar in absentia.

Instead, the Roman Polanski of 1964 was a 31-year-old Polish refugee midway between the Iron Curtain and Hollywood, known only for his first feature, "Knife in the Water." As the British crew members recall it 40-odd years later, from the first day on set "Repulsion" was nothing like a low-budget horror flick made by a softcore-porn studio (which was how it was originally packaged). Polanski was a driven, demanding, meticulous boss, inspirational in his work ethic and unsurpassed technique, if not in his personality. Cinematographer Gilbert Taylor says it was the only film he ever made where he hated going home at the end of the workday.

As you watch Polanski berate, cajole, coax and seduce his star, another future celebrity -- Catherine Deneuve, then 21 years old and little known outside France -- it's impossible not to feel incredibly conflicted, and equally impossible to separate what you know now from what you glimpse in the way-back machine. As for "Repulsion" itself, it's a claustrophobic shocker about a woman's descent into homicidal madness, infused with crudely effective Freudian imagery. Its influence is widespread -- does the entire career of David Lynch stem from that rotting rabbit? -- but in the career of the guy who made "Chinatown," "Rosemary's Baby" and "The Tenant," it's no better than his fourth- or fifth-best movie.

"Repulsion" is self-evidently a tribute to Hitchcock (critic Kenneth Tynan called it "Psycho" turned inside out), and it brings the misogyny always implicit in Polanski's work uncomfortably close to the surface. It's precisely those qualities, mind you, that make it such a potent, chilly mindfuck and mark it as a uniquely revealing work from one of cinema history's most problematic geniuses.

"Torchwood: Children of Earth" on BBC America and DVD, by Laura Miller