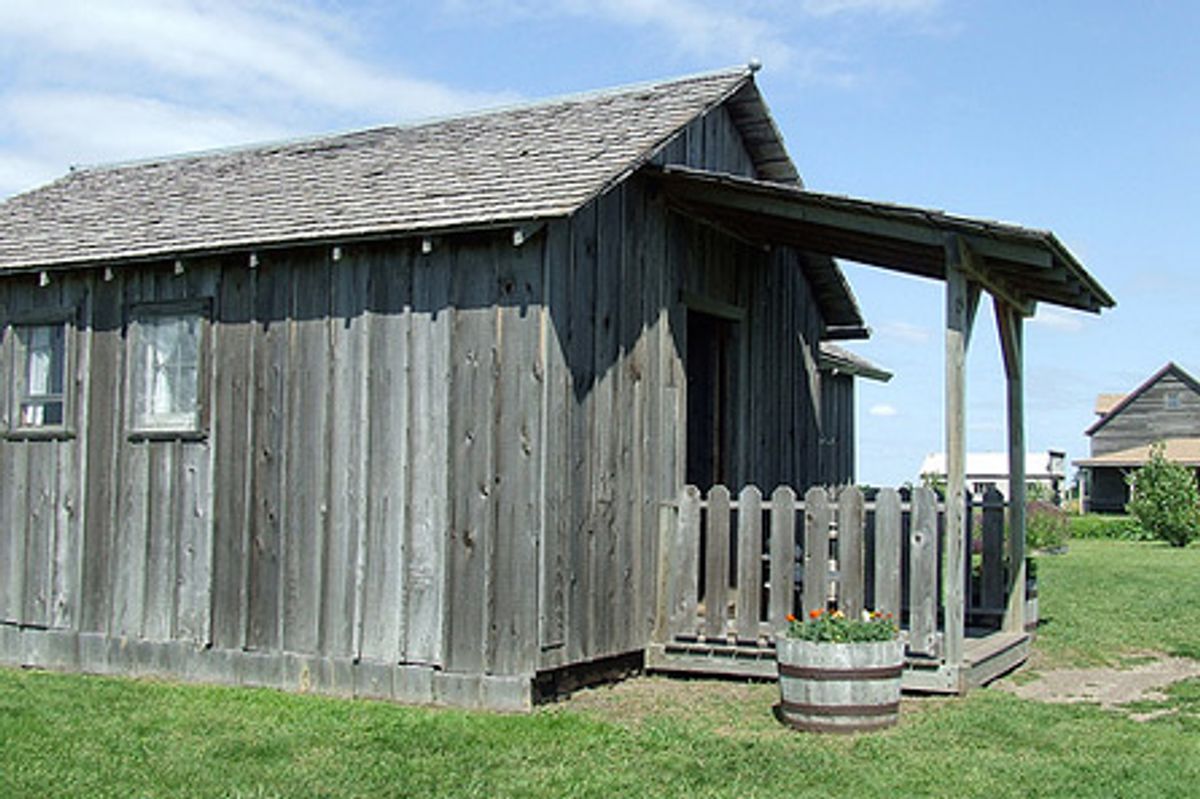 For those of us who grew up watching "Little House on the Prairie" on TV (yet did not become the sort of devotees driven to seek out more information about the Ingalls clan), it's hard to imagine Laura Ingalls Wilder as anything but a preteen Melissa Gilbert -- or her daughter, Rose Wilder Lane, as anything but a rarely seen baby who arrived toward the end of the series. Which is to say, it's hard to imagine them being very interesting. When author Wendy McClure told me she'd begun working on a book about their family, "The Wilder Life," for which she would be traveling to many of the least appealing parts of the Midwest, learning to churn butter, and twittering as "HalfPintIngalls" (sample tweet: "Today was a pretty good day until the ox fell through the sod roof of the dugout"), I did consider the possibility that the Wilder ladies were more fascinating than I'd ever given them credit for. But I also considered the possibility that Wendy was out of her mind.

It turns out the former is true (not that it rules out the latter, necessarily). In the Aug. 10 issue of the New Yorker, Judith Thurman, drawing on several biographies of the Wilder women, writes of Lane, "She had lived among bohemians in Paris and Greenwich Village, Soviet peasants and revolutionaries, intellectuals in Weimar Berlin, survivors of the massacres in Armenia, Albanian rebels, and camel-drivers on the road to Baghdad." OK, you've got my attention! By the 1920s, Lane was a childless divorcee and successful writer who "acquired several languages, enjoyed smoking and fornication, and dined at La Rotonde when she wasn't motoring around Europe in her Model T." Also: She preferred making up good stories to bothering herself with facts, was nearly sued by both Charlie Chaplin and Jack London's widow, and kind of hated her much-beloved mother. Oh yes, and she might have ghost-written the books that made the world fall in love with Laura Ingalls Wilder. There's that. All of which made me think, "Rose Wilder Lane, please come back from the dead and be my BFF."

So how did our culture end up perennially obsessed with the pigtailed pioneer girl and barely aware of her ass-kicking daughter (who, I just learned from McClure's Flickr stream, also became America's oldest war correspondent in Vietnam in 1965, aged 78)? Says McClure in an e-mail, "The popular conception of Laura is that she was a naturally talented late bloomer with pure intentions to simply write down her memories -- the kind of writer a lot of people think they want to be (or even think women should be). Rose, though, is the 'other' kind of writer -- ambitious, constantly concerned with money and career stuff, often ghostwriting or cranking out stuff that she wasn't proud of, so there's a pervasive belief that she was just too hard-edged to have had anything to do with the Little House books. But she did."

Ah, yes, women with ambition are indeed a hard sell in the kind of conservative culture that still fetishizes Wilder's depiction of her clan, which Thurman describes as "a poster family for Republican 'value voters': a devoted couple of Christian patriots and their unspoiled children; the father a heroic provider and benign disciplinarian, the mother a pious homemaker and an example of feminine self-sacrifice." But politics are another reason Lane might have fallen off the map: By middle age, she was a hardcore libertarian who wished FDR dead, protested Social Security, and, in a reversal of her earlier financial ambition, considered minimizing her income severely enough to avoid paying taxes on it. As much as her mother's family remains an inspiration to today's mainstream conservatives, Rose is one of the kind who want a government small enough to drown in a thimble -- forget about the bathtub. As her life and career wound down, her writing under her own name focused on fringe politics too extreme for many Americans. "To the degree that she is still remembered for her own achievements," writes Thurman, "it is mainly by a few libertarian ultras for whom her tract of 1943, 'The Discovery of Freedom: Man's Struggle Against Authority,' is a foundational work of political theory."

Knowing this woman had some hand in writing the "Little House" books -- certainly heavy editing, if not ghost-writing -- casts a new light on the books' proud depiction of hardcore self-reliance (even though, as Thurman points out, the whole family benefited greatly from credit, loans and the government kicking Native Americans off the land they homesteaded). And given the series' enduring success, that combination of homey, churchy, apple-pie values and a deep distrust of government intervention might have had more of an impact than we realize. Thurman quotes historian Anita Clair Fellman, who argues that Wilder and Lane's work has had a noticeable influence on today's political culture. "The popularity of the Little House books ... helped create a constituency for politicians like Reagan who sought to unsettle the so-called liberal consensus established by New Deal politics." (Indeed "Little House on the Prairie" was reportedly Ronald Reagan's favorite TV show.) Yikes, what a thought!

Yet, despite her writing a libertarian-themed novel one publisher rejected as "artless propaganda" around the same time, Rose didn't play up any political messages the Little House series contained or her own role in writing them, choosing instead to promote the popular, romanticized version of Laura and her work. For all her personal ambition, says McClure, "For some reason Rose went out of her way to promote the idea of her mother as the sweet little lady pouring out her life in notebooks. She did it at her expense, and maybe ours, too, because I really wish that as a kid I'd gotten to hear more about Rose's writing life. For God's sake, the woman spent a whole winter in an unheated Greenwich Village flat typing and sleeping under newspapers, and somehow that's not as cool as twisting hay?" No kidding! Where the hell was "Little Model T on the European Continent" in my elementary school library?

Even if she is partially to blame for a political landscape that's made me despair for most of my adult life, there's no denying that Rose Wilder's life story is compelling stuff -- arguably far more compelling than her mother's nostalgic stories (and especially the Michael Landonized version of them). Given the mainstream American tastes that keep the Little House books perennially in print, perhaps it's not surprising that someone who simultaneously lived feminist ideals and righter-than-right politics has gone largely unnoticed, but it's a shame nonetheless. As McClure put it, the main thing Thurman's article makes clear is that "someone really needs to write a lively general-interest biography of Rose, one that isn't academic and doesn't have an axe to grind."