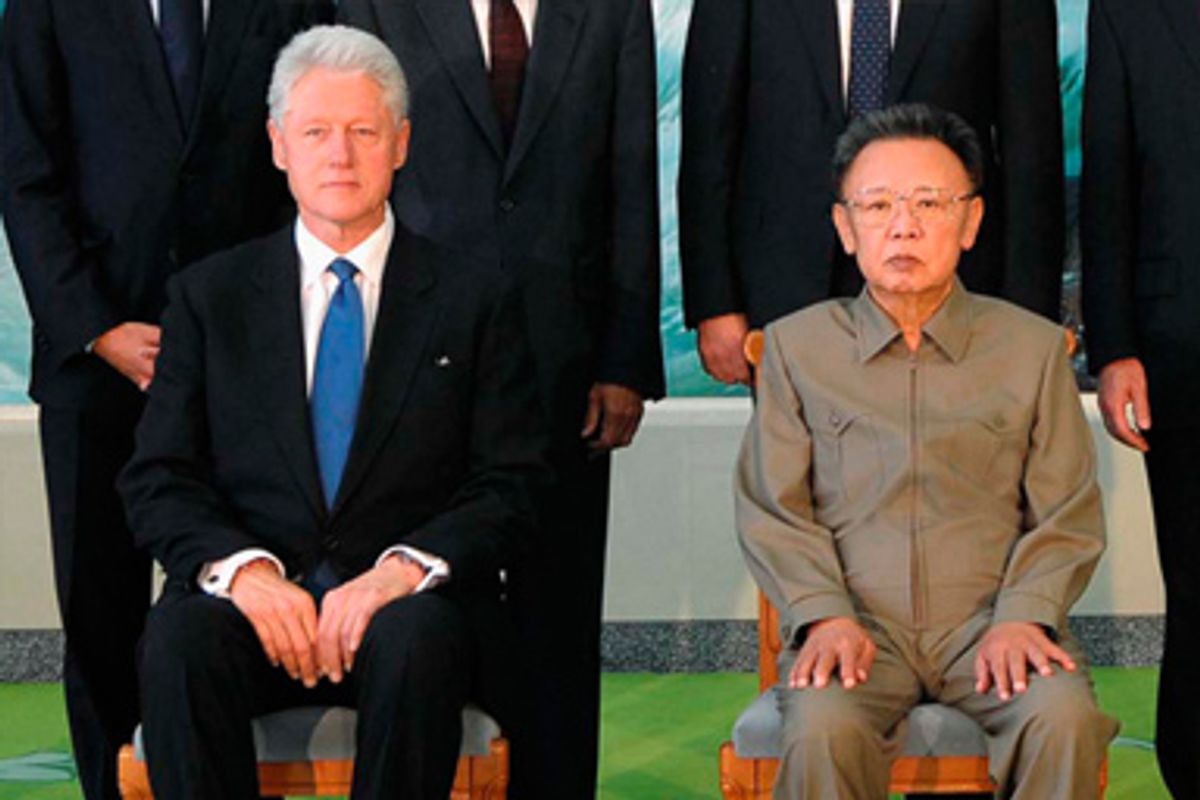 Former President Bill Clinton has apparently succeeded in his quest to get North Korea to free two American journalists. According to the Associated Press, North Korean state media reports that Kim Jong Il has pardoned the reporters and ordered their release.

The reporters, Euna Lee and Laura Ling, were arrested in March. In June, they were sentenced to 12 years of hard labor.

Update: The reporters' families have issued this statement:

The families of Laura Ling and Euna Lee are overjoyed by the news of their pardon. We are so grateful to our government: President Obama, Secretary Clinton and the U.S. State Department for their dedication to and hard work on behalf of American citizens.

We especially want to thank President Bill Clinton for taking on such an arduous mission and Vice President Al Gore for his tireless efforts to bring Laura and Euna home. We must also thank all the people who have supported our families through this ordeal, it has meant the world to us. We are counting the seconds to hold Laura and Euna in our arms.