Obama thanks Senate for confirming Sotomayor

In his remarks, the president also fought back against Republican criticisms of his nominee 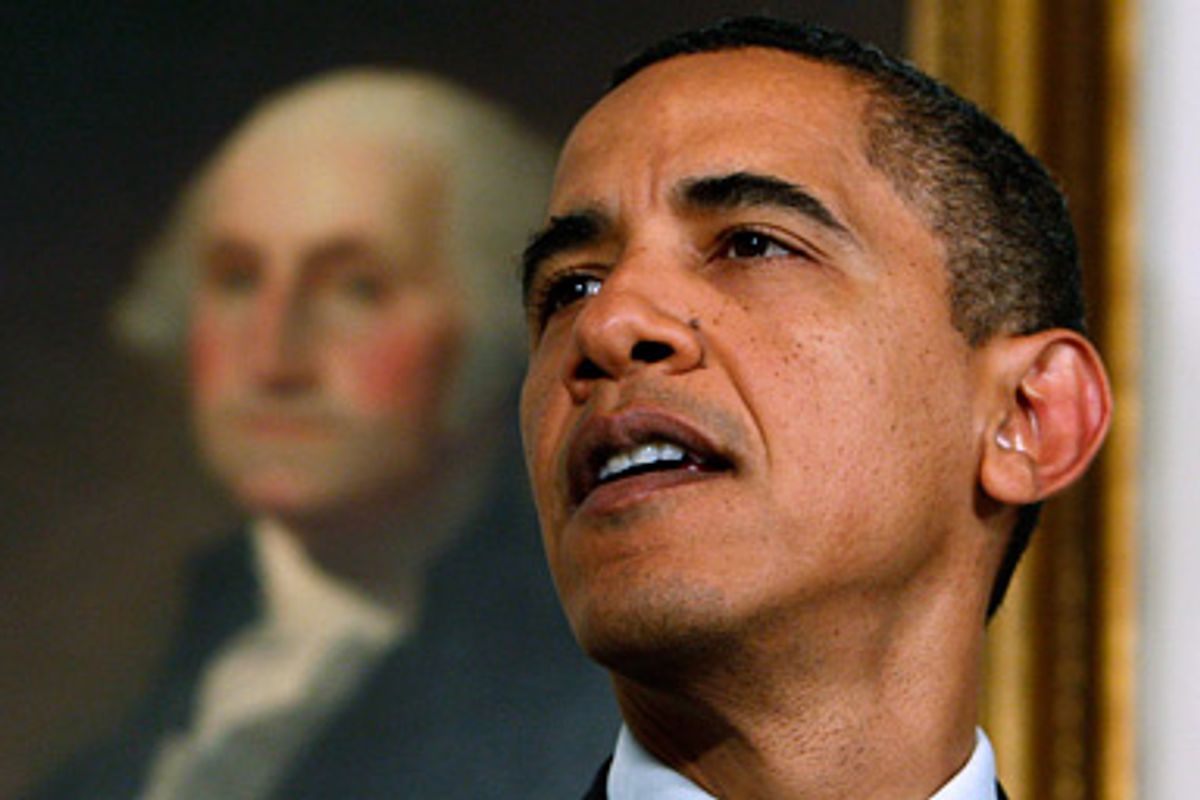 Shortly after the Senate voted 68-31 to confirm Judge Sotomayor to the Supreme Court, President Obama made a brief statement on the vote, thanking the Senate and praising Sotomayor. It was, as is typical for these kinds of remarks, fairly perfunctory and filled mainly with warm generalities. But part of what Obama had to say was notable, as was one thing he left out.

The word most noticeably missing from the president's remarks was "empathy." It was a word he'd emphasized strongly when he dropped in on a press briefing to announce Justice David Souter's retirement from the Supreme Court and discuss the qualifications he was looking for in a nominee -- he called it "an essential ingredient for arriving at just decisions and outcomes." But it was a word the Republicans focused on in their attacks on Sotomayor, one they used to bolster their charges that her opinions were not based on the Constitution and the law but on more personal, subjective considerations, including race.

Without being explicit about it, Obama went directly at those charges in his statement.

"With this historic vote, the Senate has affirmed that Judge Sotomayor has the intellect, the temperament, the history, the integrity and the independece of mind to ably serve on our nation's highest court," he said, adding that for more than 200 years the Senate has been "helping to ensure that 'equal justice under the law' is not merely a phrase inscribed above our courthouse door, but a description of what happens every single day inside the court room."

That phrase, the president said, is "a promise that whether you're a mighty corporation or an ordinary American, you will receive a full and fair hearing, and in the end, the outcome of your case will be determined by nothing more or less than the strength of your argument and the dictates of the law."