Look who's rallying against Obama in Portsmouth 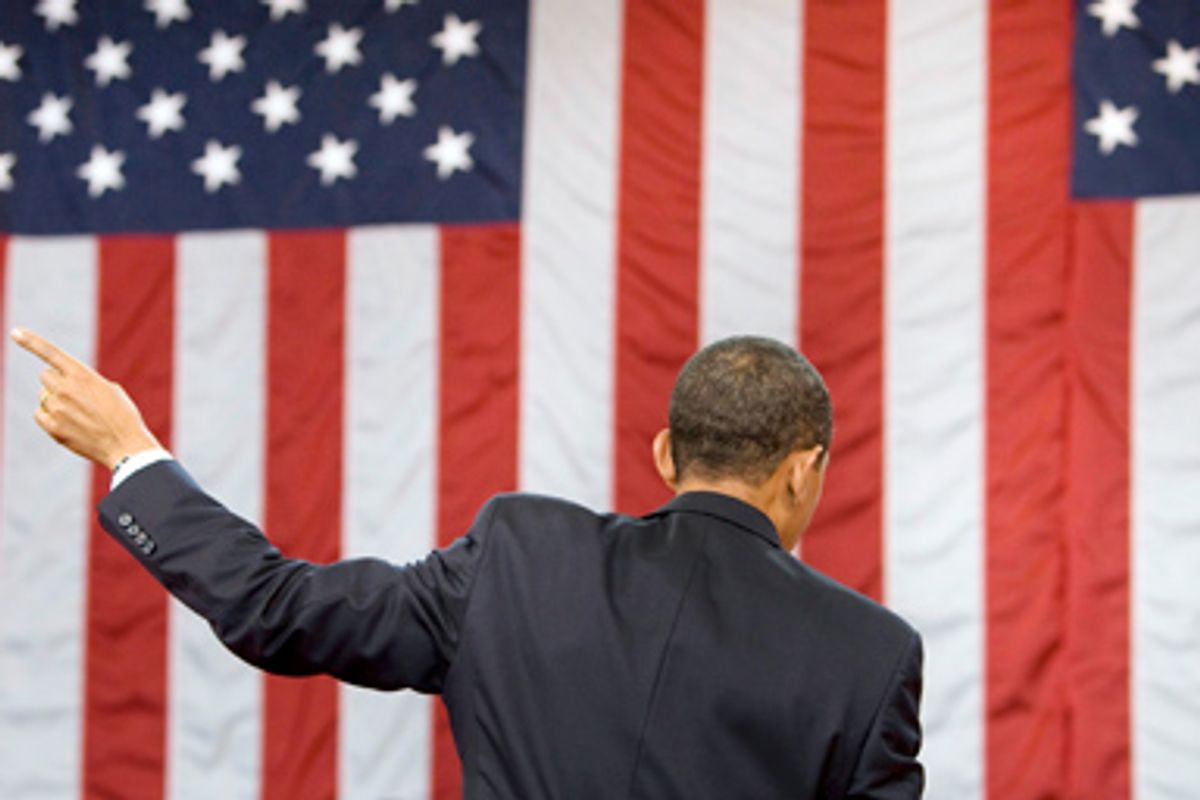 I'll be writing about President Obama's town hall in Portsmouth, N.H., Tuesday morning. Meanwhile, I wanted to get a sense of what kind of protest Obama might face there, and the Portsmouth Herald has a great story about the local extremists who are organizing against Obama's healthcare plan, and hoping to turn his meeting into one of the "town hells" so many Democrats have faced this steamy August.

It's a great group:

Jack Kimball, who runs a medical cleaning business named Great Bay Facility Services, is a leader of the right-wing Granite State Patriots, which organized the state's Tea Parties last April. He may be most famous for regularly changing the sign on his Route 1 business's billboard to trash Obama. He and his colleagues were early to organize "Town Hells" to harass Democrats. Here he is boasting about roughing up a counter-protester during a "No more socialism" protest at Carol Shea Porter and Jeanne Shaheen's offices in mid-July:

Just got back from the protest at CSP & Jeanne Shaheen's offices in Dover. Here's a quick report: We had around 40 - 50 people in front af CSP's office and another 20-25 in front of Shaheens. I consider that to be a good turnout for a lunch hour on a Friday. WE also had around 12 SEIU/ACORN agitators and we smothered them. They had their little chants and rants going such as "health care for all" etc. But, we came up with a few of our own such as "no gov't health care" and "Carol Shea Porter, you're FIRED". We also came up with "Bye, Bye, Carol" (similar to the Red Sox cheer).

I had a bit of a run in with one of those Idiots when he jumped into the middle of some of our group that were posing for a picture (with his sign) and we exchanged some up close and personal pleasantries where he accidentally got a bump on the head when I went to grab his sign. Oh well, got to have a little fun at these things.

Pam Smith, another local who's planning to turn out Tuesday morning, is "assistant coordinator" of Glenn Beck's so-called 9/12 project,  which aims to return the country to the state of shock, terror, mourning, grief and -- for a few people -- determination to kill anyone who could possibly be blamed for the 9/11 attacks (as in all Muslims and American liberals). Smith posted about protesting in Portsmouth on the Meetup site on Monday:

Who ever is going it is CRUCIAL that you get there as early as possible.

From there we proceed to the high school which abuts the Bowling place. We will need to walk thru a bit of woods. I have never been there so not sure how much.

This is going ot be a LONG HOT DAY so get your survival boots on!

Smith told the Portsmouth Herald Monday: “We are asking for our representatives to condemn the venomous attacks being made by Democrat state party leadership and the special interest groups that are supporting the president’s plan, which are being hurled at New Hampshire citizen taxpayers.” On Monday night she told her Meetup buddies that she'll be on ABC's "Good Morning America" Tuesday morning, if you want to tune in:

Just got back from Portsmouth & interview with Good Morning America - Matt Murphy from NHAC & I - the NH 912 Project was mentioned - let's see if they did a good job. Reporter Charlie something (I was nervous lol) did the interview.

See you all in the AM & set your DVR's for news all day!

Corey Lewandowski, director of the Astroturf-seeming group Americans for Prosperity, came to national attention as the campaign manager for former ultra-right Sen. Bob Smith's unsuccessful 2002 campaign against (now also former) Sen. John Sununu, who infuriated Sununu Jr. and Sr. for telling reporters (in the wake of 9/11) that Sununu might be soft on terror because of his Palestinian roots. Lewandowski then moved on to the staff of Ohio Rep. Bob Ney, who went down in the Abramoff scandal.

AFP's subgroup, Patients United Now, ran the notorious and now discredited ad campaign with alleged Canadian cancer sufferer Shona Holmes, who claimed the Canadian system the U.S. isn't adopting denied her treatment for a brain tumor (in fact, she had a cyst, and most of the other details of her story turned out to be false).

“We all have been asking for the proper forum to voice our concerns with our elected representatives about the content of the proposed legislation,” he said.

Former state Sen. George Lovejoy, founder of the New Hampshire Advantage Coalition, is a former Steve Forbes backer turned Mitt Romney supporter in 2008. Although Lovejoy is also a Tea Party activist, he plays a moderate on the issue of the "town hells." But he'll be turning out to protest Obama, too.

“We need to start to have a civil dialogue about the consequences of this proposal for average Americans, business owners, as well as the costs implications to the American taxpayers,” Lovejoy told the Portsmouth Herald.

Granite Grok, a Web site associated with all of the above, and which is listed as a sponsor of the Obama protests, is a hub that unites the various fringe segments of New Hampshire's right-wing groups -- the tea partiers, the town-hell organizers, and the crazy Birthers. Granite Grok linked the movement against healthcare reform to the Birthers, in a post insisting its "town hell" protesters are "much like the lady we saw passionately addressing Congressman Mike Castle about Obama's birth status." A completely uninformed and seemingly insane lady, it should be said. We'd already noticed the similarities between the movements, but Granite Grok's honesty should be praised.

I'm sure Obama is ready for the hazing Tuesday, but let's hope the mainstream media calls it what it is: an organized movement to lie about his agenda and link the various strains of paranoia to protest -- and perhaps disrupt -- his effort at dialogue. Tune in at 10 a.m. PT/1 p.m. ET.