Whose side of the road are you on?

For the first time in ages, a country is switching to driving on the left. Should we all drive on the same side? 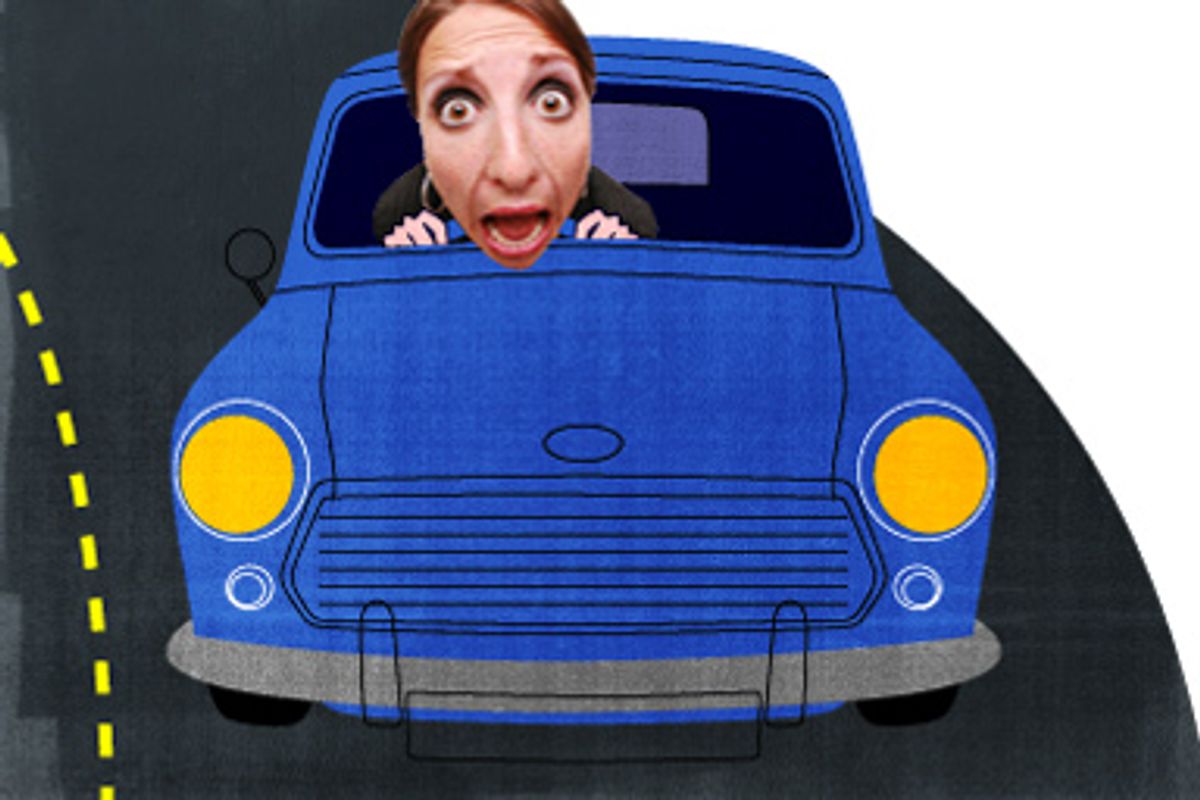 A revolution is afoot in the small Pacific island nation of Samoa. Mass demonstrations, the biggest the country has ever seen, have rocked the capital. A new political party has formed in an attempt to depose the prime minister. The airwaves crackle with dissent.

As is often the case in political strife, a left-right divide underpins the Samoan turmoil. In this case, left vs. right refers to which side of the road Samoans are meant to drive on. At 6 a.m. on Sept. 7, Samoans, who for over a century have navigated on the right -- like their neighbors in American Samoa -- will change over to the left.

Samoa will become the third country in the past 39 years to change the side of the road it drives on. (Iceland switched to right-side driving in 1968, as did Burma in 1970). In 1967, Sweden crossed over to the right with its famous Högertrafikomläggningen -- the so-called "H Day" was also in September -- and for older Swedes it remains a cultural touchstone. Not long ago, a Volvo executive fondly reminisced to me that in 1967 a Swedish pop band called the Telstars had a local hit with their single "Håll dig till höger, Svensson," or "Keep to the Right, Svensson," Svensson being a kind of "Jones" in Sweden.

While Sweden switched to the right side of the road in an effort to "harmonize" with the rest of continental Europe, the Samoan initiative, at the behest of Prime Minister Tuilaepa Sailele Malielegaoi, is aimed at a different form of standardization -- switching cars to right-hand drive so that Samoans, rather than having to rely on expensive U.S. imports, can buy cheaper right-hand-drive cars (or have them sent by relatives) from Australia and New Zealand, both of which drive on the left.

As in Sweden, however, where it took several decades for the right-side campaign to gain traction, the Samoan plan has faced voluble opposition, including a new political party (People Against Switching Sides). Criticisms include everything from the cost of changing the traffic infrastructure (roughly $500 million), to complaints from taxis and other fleet vehicles that will suddenly be rendered obsolete (they can technically keep their left-hand-drive vehicles, but insurance premiums will be higher), to complaints from bus companies, who must change the orientation of passenger boarding on their vehicles.

And as in Sweden, there are dire predictions of mass carnage. But the irony of the Swedish changeover is that the country's roads became safer, and not just because Swedes spent the following week cowering behind their lace curtains. Some of this had to do with the enveloping embrace of the Swedish state, with an extensive education campaign and temporary lower speed limits. Samoa, for its part, has taken what critics say is a somewhat more casual approach: reserving a sports stadium for people to practice driving on the other side (reportedly few have taken the government up on the offer).

But no doubt some of the increased Swedish safety can be attributed to a heightened sense of vigilance -- what's been called "risk compensation." People felt afraid, so they acted more cautiously. Curiously, Sweden's crash rate eventually returned to previous levels, which begs the exotic notion that switching sides every few years might help improve road safety. In any case, Samoa will prove an interesting new test of risk compensation.

The larger question hovering over all this is the enduring existence of a dual driving standard -- one in which roughly one-third of the world drives on a different side (left) than the other two-thirds. In other areas of life, differing national standards come as quaint cultural artifacts or minor inconveniences, but unlike varyingly pronged electrical outlets, driving -- as well as crossing streets as a pedestrian -- is rather more of a life and death affair. In Europe, with increased cross-border traffic, as well as immigration, the question of "harmonizing" driving sides is occasionally raised -- and typically viewed as a logistical impossibility, if not outright treason. So where do these standards come from? And should they be made universal?

In fact, traffic directionality was settled long before the car or modern traffic safety research. It stems from ancient standards that rely on two things, says historian Peter Kincaid in his book "The Rule of the Road." The first is that most people are right-handed. That explains why most pedestrians walk "to the right." (Urbanist William H. Whyte once observed, in New York City, at least, "deranged people and oddballs are more likely to go left, against the flow.") The second is that different countries were using different forms of transportation at the time that formalized rules of the road began to emerge. The way in which the ﬁrst consideration interacted with the second explains how we drive today.

As Kincaid argues, a samurai in Japan, who kept his scabbard on his left side and would draw with his right arm, wanted to be on the left as he passed potential enemies on the road. So Japan today drives (and, to a certain extent, walks) on the left. In England, horse-drawn carts were generally piloted by drivers mounted in the seat. The mostly right-handed drivers would "naturally" sit to the right, holding the reins in the left hand and the whip in the right. The driver could better judge oncoming trafﬁc by traveling on the left. So England drives on the left. But in many other countries, including the United States, a driver often walked along the left side of his horse team or rode the left horse in a team (the left-rear horse if there were more than two), so that he could use his right arm for better control. This meant it was better to stay to the right, so he could judge oncoming trafﬁc and talk to other drivers. The result is that many countries today drive on the right.

Today, the question of switching sides seems to arise most often after head-on accidents. In Great Britain, every time there's a high-profile crash involving a foreign driver going the wrong direction, the idea hovers on the edge of the national conversation.

In April, a Polish man traveling the wrong way on the M1 struck a Jaguar at 70 mph -- he and the four people in the other car were killed. The Yorkshire Post reported that the fatal crash rate of car drivers from Eastern Europe was on par with motorcyclists (a famously high-risk group). "They tend to pile a lot of people into one car, drive too fast, go round roundabouts the wrong way and often indulge in drink-driving," a community safety executive told the paper. The Daily Mail, meanwhile, noted that "up to 30 people a year die in collisions with left-hand drive trucks from abroad, often as a result of 'sideswiping' where the giant vehicles pull out to overtake unaware of a car on their blind side."

In the absence of actually doing it, it's unclear whether switching sides would make things safer in the U.K. In the U.S., where we tend not to have large immigrant populations used to driving on a different side of the road, roughly 350 people a year are involved in wrong-way fatal crashes, usually the result of people entering roads from the wrong direction. (In many cases, as in Diane Schuler's crash on New York's Taconic Parkway, in which eight people died, alcohol is involved.) A larger issue in the U.K. may be that foreign drivers are coming from a different driving culture -- one with a different licensing standard, a different safety profile, a different rate of enforcement for things like impaired driving. The real risk may not be the roads, but the drivers.

There is some evidence, however, that on an individual level, switching between driving environments can be hazardous to your health. This is rather intuitive. Anyone who has walked in London comes to rely, at least initially, on the "Look Right" markings painted in the road at crosswalks. Curiously, there is no equivalent for drivers (just as in no American city do we put "Look Left" markings on streets for our British or Japanese friends). And while we may adjust our behavior to act more cautiously, the possibility exists that automatic behavior (which much of driving, and certainly walking, is) will take over. A Dutch traffic psychologist told me recently of his "three-day rule" in adapting to foreign traffic directionality. On the first and second days, the sense of disorientation breeds caution. But by the third day, one is beginning to feel more at home -- yet equally likely to resort to old ingrained habits.

Given how prevalent driving is as a source of death and injury at home, it should be no surprise that it represents the largest health threat to tourists as well. But how much of this is due to disorientation?

A study in the Annals of Tourism Research reported that 20 percent of foreign-driver fatalities in New Zealand involved wrong-side-of-road crashes. And a study by a group of Australian researchers, published in Travel Medicine International, found that in left-driving Australia, "the problem of disorientation appears quite acute among international drivers from right-side driving countries. In total, 60.5 percent of the crashes involving these drivers featured head-on, angle or side-swipe collisions. Furthermore, 'right-side' drivers were significantly more likely to be involved in head-on crashes than their left-side driving counterparts."

So unlike when an entire nation switches sides, and everyone is on equal footing, it's when an individual driver navigates a country with a different standard that the practice may be fatal.

But is one standard or other inherently safer? Given the myriad, complex events that underlie things like crashes, it would be nearly impossible to say. Left-side partisans will point to the good traffic safety records of the U.K. or Japan, conveniently ignoring left-driving India, which currently has the most annual traffic fatalities in the world.

Perhaps the final lesson is that things like driving (and walking) on a certain side of the road are not scientifically derived conditions, like the grams and meters zealously guarded in Geneva at the International Standards Organization, but elements of culture, which begin to feel as innate to people as language.

Earlier this year, Korea passed a law stating that pedestrians should keep to the right, both on sidewalks and roads without sidewalks. The Korea Times, noting that despite the fact that schoolchildren are taught the refrain "people keep to the left, and cars keep to the right," most Koreans found the practice "uncomfortable." In a survey, 73 percent of Koreans reportedly favored walking to the right, while a "a related experiment showed that people had 15 percent less eye movement and an 18 percent slower heartbeat when on the right side -- indicating they feel more comfortable when walking on the right."

It's not just about comfort, though, it's about speed. The new system, the report noted, would increase pedestrian velocities and reduce conflicts by 7 to 24 percent. What is most interesting about the changeover, however, is not its regime of pedestrian efficiency, but its geopolitical genesis. During the Joseon Dynasty, extending from the 14th century to the early 20th, people and carriages kept to the right. The occupying Japanese government then forced Korean traffic to the left, as in the homeland. When the country was liberated in the Second World War, U.S. authorities shifted car traffic to the right, but kept pedestrians to the left. But now, after nearly a century, Koreans can walk proudly, on the right side.

Tom Vanderbilt is author of "Traffic: Why We Drive the Way We Do (and What It Says About Us)," which comes out this week in paperback from Vintage. He blogs at How We Drive.