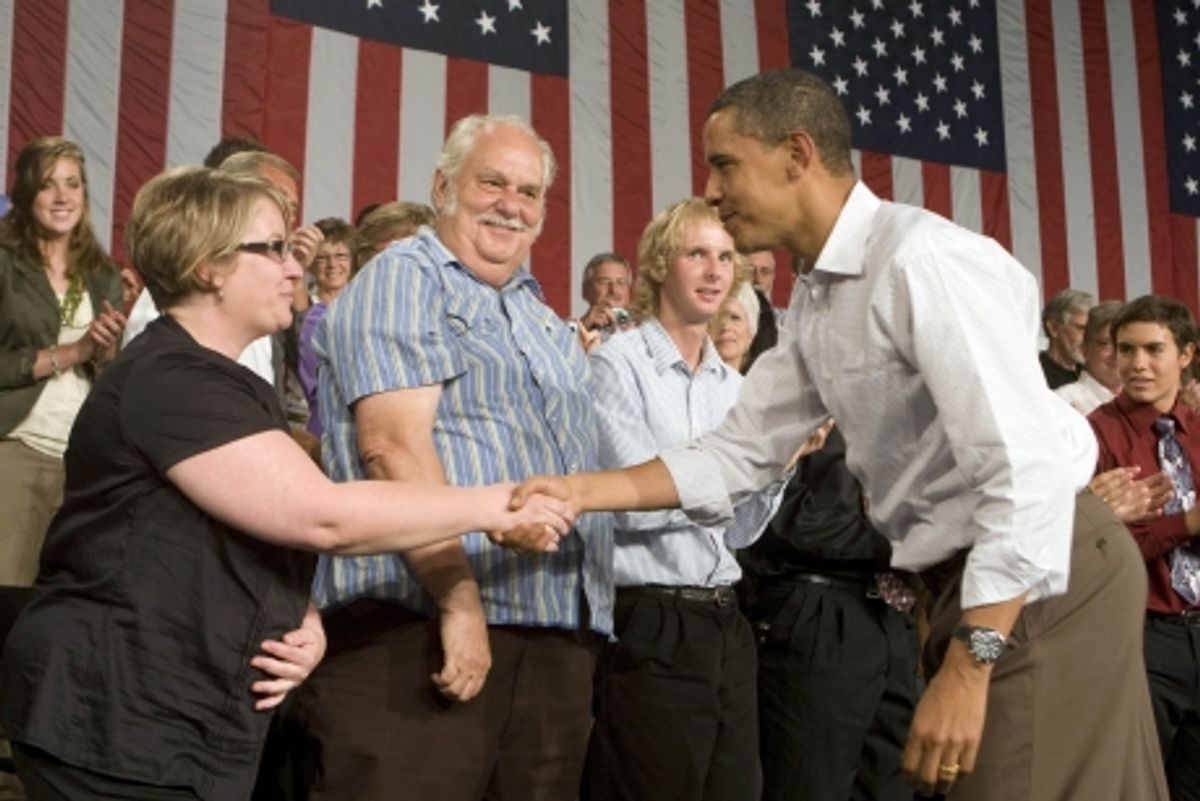 I would have preferred a single-payer system like Medicare, but became convinced earlier this year that a public, Medicare-like optional plan was just about as much as was politically possible. Now the White House is stepping back even from the public option, with the president saying it's "not the entirety of healthcare reform," the White House spokesman saying the president could be "satisfied" without it, and Health and Human Services Secretary Kathleen Sebelius saying that a public insurance plan is "not the essential element."

Without a public, Medicare-like option, healthcare reform is a bandaid for a system in critical condition. There's no way to push private insurers to become more efficient and provide better value to Americans without being forced to compete with a public option. And there's no way to get overall healthcare costs down without a public option that has the authority and scale to negotiate lower costs with pharmaceutical companies, doctors, hospitals, and other providers -- thereby opening the way for private insurers to do the same.

It's been clear from the start that the private insurers and other parts of the medical-industrial complex have hated the idea of the public option, for precisely these reasons. A public option would cut deeply into their current profits. That's why they've been willing to spend a fortune on lobbyists, threaten and intimidate legislators and ordinary Americans, and even rattle Obama's cage to the point where the administration is about to give up on it.

The White House wonders why there hasn't been more support for universal healthcare coming from progressives, grass-roots Democrats, and Independents. I'll tell you why. It's because the White House has never made an explicit commitment to a public option.

I urge you to make it absolutely clear to everyone you know, everyone who cares about universal healthcare and what it will mean to our country, that the bill must contain a real public option. Tell that to your representatives in Congress. Tell that to the White House. If you are receiving piles of e-mails from the Obama e-mail system asking you to click in favor of healthcare, do not do so unless or until you know it has a clear public option. Do not send money unless or until the White House makes clear its support for a public option.

This isn't just Obama's test. It's our test.