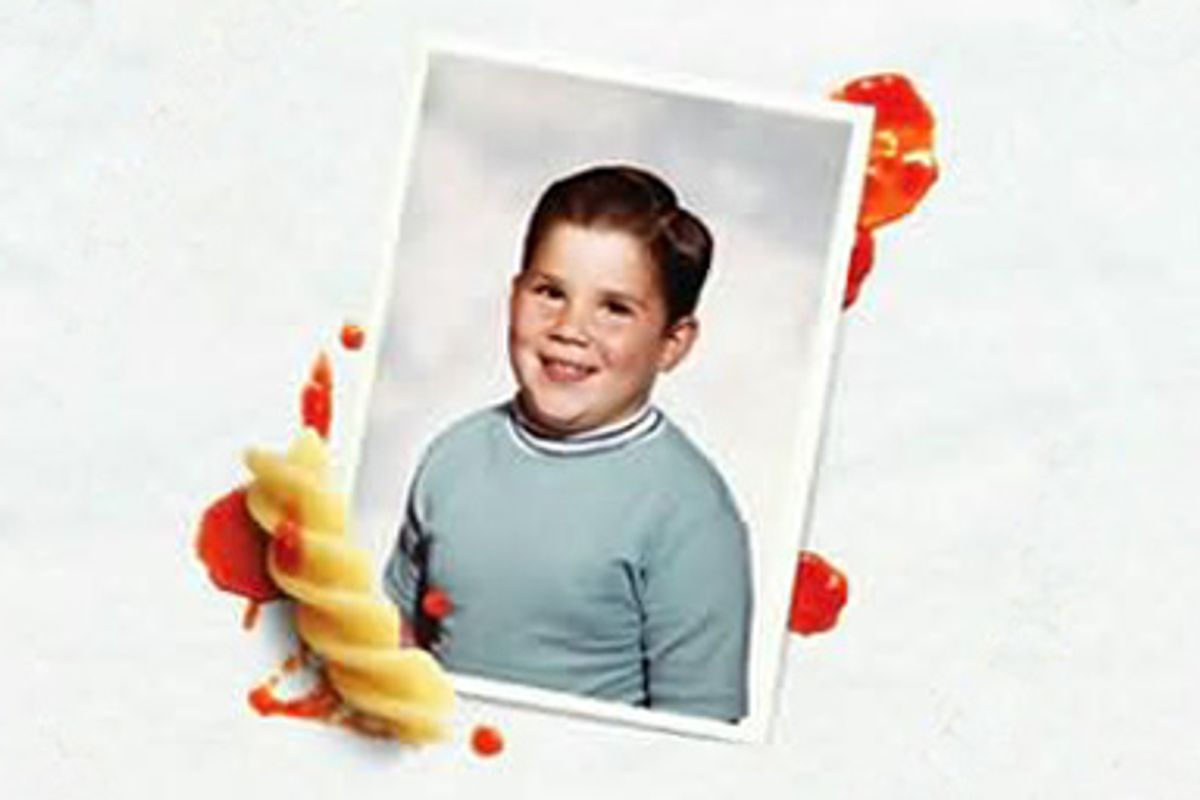 When the city's most terrifying eater, New York Times food critic Frank Bruni, penned his last review this week (giving one star to a cramped East Village restaurant for Southern-food-loving hipsters), chefs across the borough breathed a sigh of relief, maitre d's loosened their cummerbunds, and pastry chefs sugar-dusted beignets without a care in the world. The man of their nightmares had moved on.

But as Bruni's five-year run as the most powerful restaurant critic in the country ends,  his identity as an eater continues to grow faster than the 30-something Bruni's waistline did in 2000, when he covered the presidential campaign of George W. Bush. Bruni's new memoir, "Born Round: The Secret History of a Full-Time Eater,"

documents a lifelong, torturous relationship with food that saw him surge ever closer to 300 pounds before he gained control, dropped the weight and – in a twist O. Henry could appreciate – became the most powerful food critic in the country, eating out every night and sampling the city's most decadent concoctions.

"Born Round" is funny, poignant and groundbreaking – but that comes with a big full disclosure: I'm friends with Bruni and was lucky enough to be a frequent dining guest. I saw a close friend doused by a rogue wave of Chardonnay; I savored a life-altering slice of côte de boeuf; I marveled at a 75-cent cup of Wendy's chili. And I watched him stay lean and mean throughout, heroically keeping his food demons at bay as he tore into plate after plate of carbonara.

I interviewed Bruni via Skype about his book, his struggle with eating, and all those fat photos kicking around the Internet. (A transcript follows the video.)

When you started as a critic, all the photos of you were from a time when you were probably your heaviest, right?

OK, so massive weight lost. But when you became food critic, all the photos of you – on Gawker, Eater, all of these food and gossip blogs – were of you at your heaviest. What was that like?

On the one hand it was helpful. I would see those photos, and I would think, that's great, no one's going to recognize me. But at the same time I felt a measure of embarrassment about them. That was not a happy period in my life. I didn't want to be that weight, it caused me a great deal of sadness that I was at that weight, and it took me a while to get down from it. In some ways, the same thing that helped camouflage me as a critic embarrassed me as a human being...

I think definitely some more accurate photos got out there. I think at one point someone sent me something that was pinging around the Internet that was a cellphone picture – I think it was actually two different cellphone pictures taken of me in restaurants – and that probably did help restaurateurs, because those were more accurate images. I was extremely careful about not going to parties or events where my photo might be taken, about not letting anyone take a photo if I knew what was going on, but in this era of cellphone photos I'm sure there were a few surreptitiously taken photos of me that were more accurate. You, I remember, Kerry, I kind of let down my guard a little bit and I went with you to a Gawker party–

They had a cameraman at the party, and they took a hilarious photo of you where you turned on reflex, so quickly, that all they showed was the back of your head.

The other funny thing is, the one photo that was out there a lot and was more accurate was in fact a photo that was a total lie. As you know, I tell the story in the book about when my author photo was being taken for a book I wrote that was published in 2002 about George W. Bush. I was at my big weight, and it was unacceptable to me that I look like that in my author photograph. And without ever even telling the publishing house, I not only had a lot of shadowy photography done but I had a kind of early version of Photoshopping done to the photo to kind of stretch my face. And what was particularly amusing to me after I became a critic is that some people who saw that photo on the Internet would say, "Oh, you lost some weight since then," and I would think, actually that's a thinned-out version of me, so I've lost more than you think.

What do you think of that photo now?

I can never look at it without laughing.

I'm the last person who can answer that because, How accurate an image do any of us have of how we look? You've seen it. Does it look like me?

That person had a lot more hair, which was partly Photoshopping and partly that I was younger then.

No, but I think when we stretched the photo to make it more vertical I ended up with what looked like a fuller head of hair.

So what did you have done to the new author photo?

Nothing. I know I have no credibility now, but anyone that has a copy of the book can look at the photo and see that I'm being fairly honest with myself now.

Are you happy with it?

You know, I don't know if I'm happy with it or not, but one of the nice things about being on this far side of the long battle, struggle, I've had with weight and self-image is that I don't care as much. I care about the way I look, I try to be healthy, in part so that I look OK, but I no longer sweat all the small the stuff the way I did when I was a younger and fatter man.

Do you think you have a healthier perspective on your own weight now?

I still have some of the same body-image self-consciousness that I always did. I don't know if I'll ever be able to make that go entirely away. But I don't get quite as anxious and bound up in it as I once did. The other day I was going to some photo shoot for a newspaper that was doing a story on the book, and I was shocked because I realized I didn't even pause a second when I put on clothing. I didn't say, Oh my god, does this makes me look thin? Does this make me look fat? There's just sort of an acceptance that I look the way I look. I'm cool with it and I'm moving forward. I don't know that I would feel that at peace with myself if I did weigh 25 extra pounds, but my point is that I no longer look at myself in relation to some ideal and spend a lot of time despairing and worrying about the gap between where I am and where I might want to be in some idealized picture in my head.

I think people with eating issues can't imagine the constant temptation of being a restaurant critic. You work out a fair amount. But really, what was the trick in keeping off weight?

Being a restaurant critic helped me maintain weight and not gain weight, because I think my problem is the same as that of a lot of many people whose eating gets out of control in that I really kind of rode a sort of binge-purge roller coaster, and that roller coaster was facilitated by my ability to tell myself the lie that I was going to be really bad today and tomorrow and maybe even the next day because the next week I was going to do a cleanse or a fast. As a restaurant critic, I had to keep eating at a certain pace. By never being able to tell myself with any degree of convincing honesty that I was going to be great and do an ultra-ultra-extreme deprivation next week, I never allowed myself to binge the way I had in the past, because I couldn't tell myself with any convincing honesty or authority that sort of purge was coming up on the far end of it.

Are you worried about losing that structure?

I am a little bit. I've already in the period where I've started to not eat out every night, and so far so good. But I'll always worry a little bit because I don't think anyone who has lived as long as I have with a tendency to overeat and a history of overeating can say, "I'm fine, I'm great, I'm cured, I'm not going to worry about that ever again."

Were there any periods during your critic stint when you had lapses?

There were definitely periods, I would guess. Like I said, I don't step on scales, as a quirk, but also I don't step on them in part because it helps me not get obsessed with minor fluctuations. But there were definitely periods when a given pair of pants were looser or tighter, and my guess is that if I had a daily scale reading of what happened to me during the job, there's probably about an 8- or 9-pound range in which I toggled back and forth. But the difference is, in the past that range would be 30 or 40 or, at my worst, 70 pounds, and in this case was probably just at most a 10-pound range.