The short, strange life of DJ AM

He dated celebrities. He cheated death. But it seems the one thing the musician couldn't conquer was his addiction 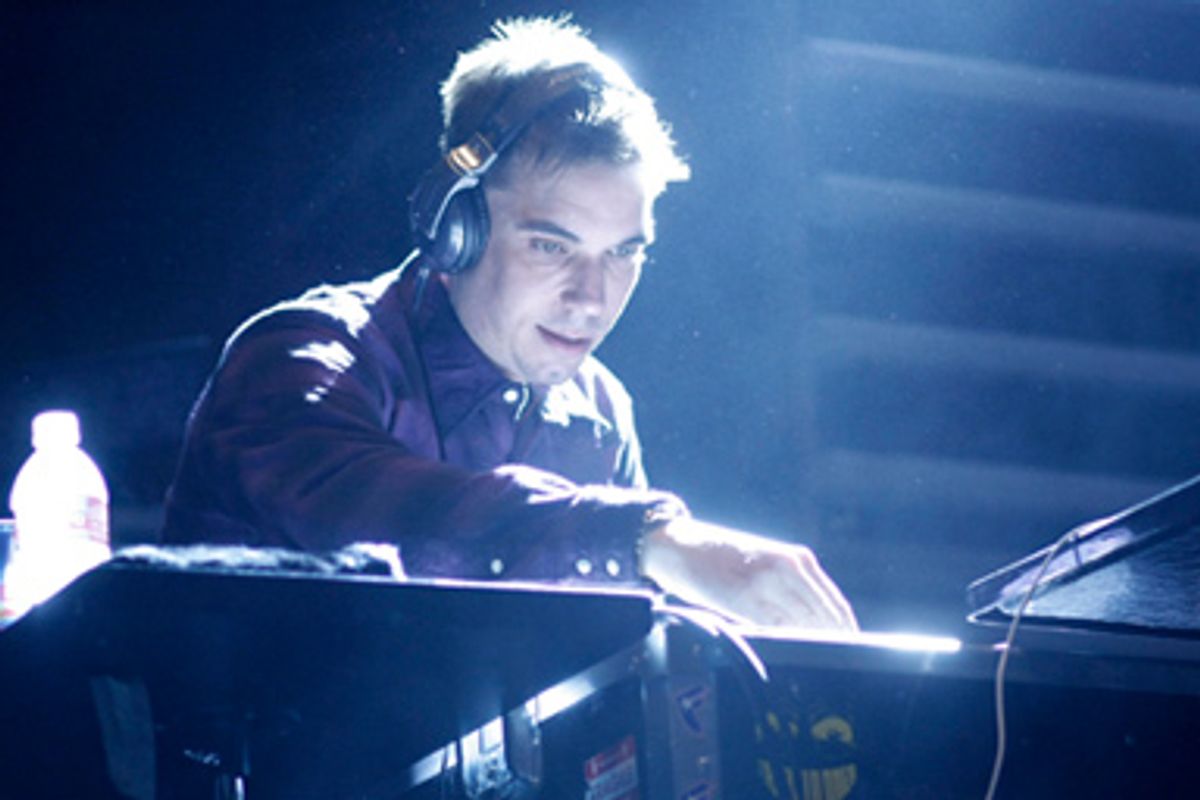 Adam "DJ AM" Goldstein performs with his band TRV$DJ-AM at the T-Mobile Sidekick LX Launch Party in Los Angeles on Thursday, May 14, 2009
--

Few celebrities embodied the tabloid-ready, reality TV-fueled culture of the past decade like DJ AM. Less than a year after surviving a gruesome plane crash, he was found dead Friday night in a downtown New York city apartment. Early reports indicate he left this world surrounded by pills and crack.

His life was filled with excess and marked by contradictions. He was a partier and substance abuser, a self-described "fat crackhead," a serial dater who romanced Nicole Richie and Mandy Moore. But he was also Adam Goldstein, a gentle 36-year-old man who had recently wrapped up an "Intervention"-style series for MTV -- in which he was the interventionist.

He surrounded himself with music and women, but his most notorious companion was drugs. The Philadelphia native learned early by example -- his father was a verbally abusive addict who eventually died of AIDS. By the time he was 20, Goldstein had already weathered a stint at a rehab center (where he said he was beaten and starved) and been in and out of Alcoholics Anonymous. It was then that he first began the music career that would both distinguish him and keep him dangerously close to the vices he fought so hard to resist.

He first gained attention as a turntablist for the Los Angeles group Crazy Town, whose 2001 hit "Butterfly" went to number one in 15 countries. It was your basic angry white boy rap-rock, but the band's dark, seductive rhythms hold up satisfyingly well nearly a decade later. (His bandmate Seth "Shifty" Binzer has spent the past few years on and off recovery-themed reality shows with varying success.)

Goldstein's main fame, however, came as a solo act. He quickly distinguished himself, scratching on albums by Madonna and Will Smith and performing last year as a member of the house band at the MTV VMAs. He claimed to have been clean for the past 11 years, saying that the turning point in his life was when someone told him after an AA meeting, "I promise you, if you stay sober, your career will go further than you ever imagined possible."

Whether or not he stayed sober from that moment until Friday afternoon (if a drug overdose is, indeed, what caused his death), we may never know. But he did attain more than he'd likely ever imagined. He also remained consistently, generously determined to help others. His friend Justin Hoffman told the New York Post on Saturday that he "saved my life. I was dying, I was suicidal, and was down to maybe 130 pounds. He reached out to me, talked to me for hours. He'd be there every single time I would call … He just wanted to help people out."

He had cheated death several times already before it caught up with him. There was a failed suicide attempt at age 24, when the gun he had shoved into his mouth refused to fire. There were numerous bouts with drugs. There was an obesity problem so severe he eventually topped over 300 pounds (he later got gastric bypass surgery). Then, on September 19, 2008, a jet he was traveling in crashed on takeoff, killing four passengers and critically injuring him and ex- Blink-182 drummer Travis Barker, leaving both with third-degree burns. His physical and emotional recovery took their toll, and he confessed recently, "There was no reason why I should have lived … and they didn't. It is something I struggle with every day." He was also, by some accounts, reeling from his recent breakup with his girlfriend, American Apparel model Hayley Wood.

And he admitted that he was still fighting the temptations of his addictions. Discussing "Gone Too Far," the series set to debut on MTV in October (the fate of the series is now in limbo), he sat in a car holding a crack pipe and told the Associated Press, "Honestly, it's terrifying. I am a recovering drug addict, and … when I see it and I'm in their room and the paraphernalia and the whole lifestyle and everything, I still 11 years later have that little thing in my head that starts thinking, 'Oh, where's that? I wonder what that is?'" (See video, below.)

His final message, on his Twitter feed, was a quote from a Grandmaster Flash track: "New york, new york. Big city of dreams, but everything in new york aint always what it seems." (sic) It's a sad, self-written epitaph for a man who had picked himself up more than most of us do with twice the amount of time on this earth, a man who recently told MTV, "This is my one chance. I owe it as a human who's sober to say something to them. So that's my job. That's what I'm there for." He spent his final weeks trying to spare others from the demons of drug addiction, but in the end, it seems the one person Adam Goldstein couldn't save was himself.