Phillip Garrido, wolf at the door

As disturbing details emerge about Jaycee Dugard's alleged captor, one question remains: Why did people trust him? 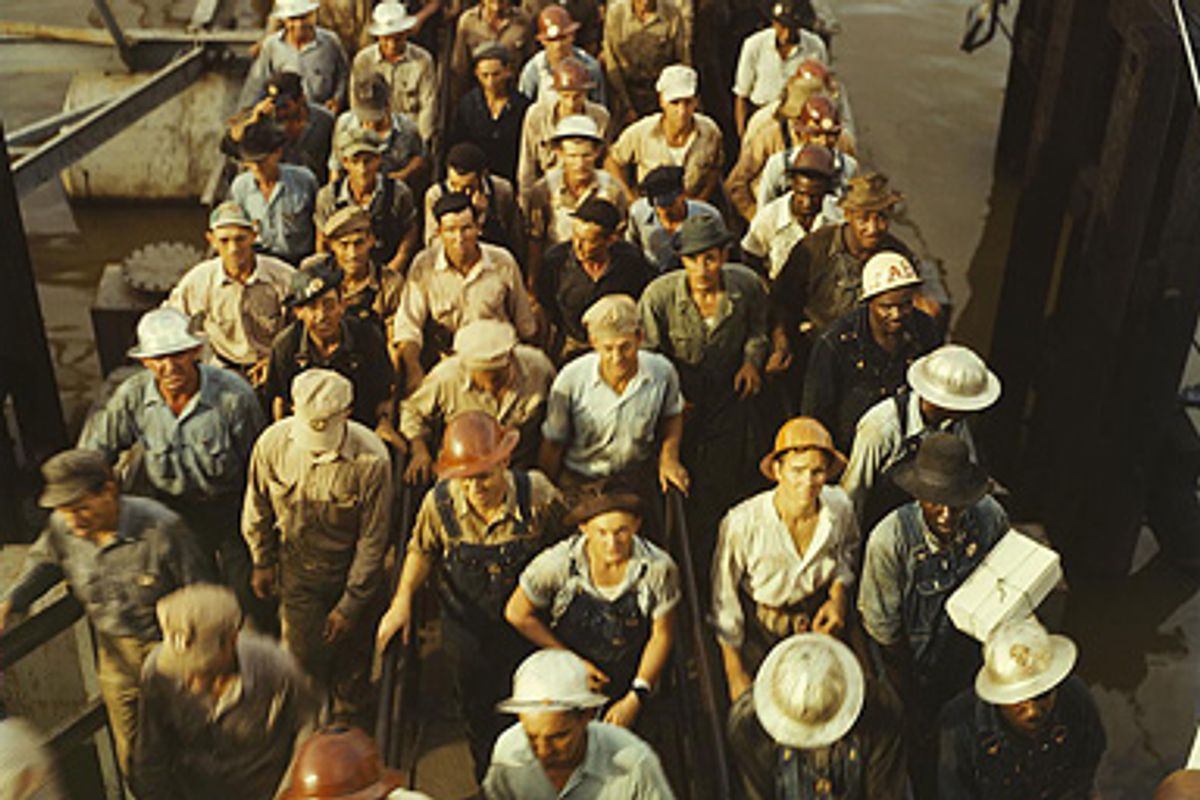 Phillip Garrido, accused in the kidnapping of Jaycee Dugard, is shown in this booking mugshot released to Reuters August 27, 2009. Dugard had been missing since she was abducted near her home in South Lake Tahoe on June 10, 1991 by two people in a gray sedan.
--

The story of Phillip Garrido has grown steadily darker and more disturbing from the moment a young woman was identified last week as Jaycee Lee Dugard, snatched from a South Lake Tahoe street in 1991 when she was just 11 years old.

With each new nightmarish revelation about her alleged abductor Garrido -- who, along with his wife Nancy, is now charged with 29 felony counts including rape, kidnapping and false imprisonment -- one chilling question keeps cropping up: Why is it so hard to recognize a demon when we see one?

Last night on "Larry King Live," Katherine Callaway Hall, who was kidnapped and raped by Garrido in 1976, recounted her own ordeal with Garrido in harrowing detail. (See video clip below.) He eventually served 11 years for his crime. (Hall also says she believes he approached her at her work “in a threatening manner” soon after he had been paroled.)

She was 25 when he knocked on her car window at a California supermarket, claiming automobile trouble. He asked her for a ride and she obliged. She says now, “It was the worst decision I ever made.” When she pulled over, “He slammed my head against the steering wheel,” handcuffed her, led her to a mini warehouse in a desolate area and raped her repeatedly over an eight-hour period.

On "Larry King," Hall described vividly the room where Garrido assaulted her 33 years ago – the dimensions of the space, the mattress, the stacks of boxes, the maze of hanging carpets. She spoke of the moment she heard his name on the news last week. “I started screaming, ‘Oh my God. Oh my God, it’s him.’” But when Larry King rasped, “Why did you let him in the car?” Hall could only shake her head and say, “I don’t know.”

“I don’t know.” It’s a phrase being echoed by Garrido's neighbors in Antioch, California. How is it that they spent the past 18 years living in close proximity to a couple allegedly enslaving and raping a young girl (and fathering two children with her) and didn’t suspect anything?

Monica Adams, whose mother lives on the Garridos' street, told San Francisco’s CBS5 that she and other neighbors knew Garrido was a sex offender and that he had children living with him, but that "He never bothered any one, he kept to himself. What would we have done? You just watch your own." Another neighbor, Mike Rogers, told ABC about “all the partying, the different groups of people back in the back, the fires all night long,” but said he never called the cops because he didn’t want to seem paranoid.

Yet some neighbors did act on troubling signs coming from the home. In 2006, a woman called 911 to report that there appeared to be people living in the backyard and that Garrido was “a psychotic with a sex addiction." She, however, was in the minority. Acting on the call an officer met with Garrido in his front yard and left. Contra Costa county sheriff Warren E. Rupf told reporters last week, “We should have been more inquisitive… I cannot change the course of events, but we are beating ourselves up over this and will continue to do so.”

Last night on ”Inside Edition,” Garrido's first wife, Christine Murphy, called him a “monster.” She also, tellingly, referred to him as “a good manipulator.”

But there are no sadder, more complicated figures in this story than the three people at the heart of it -- Jaycee Dugard and her two children. Dugard’s stepfather Carl Probyn told KXTV last week that, "She is very remorseful. She's very guilty that she bonded with these people." Much has already been written about the tormented relationships with captives and their captors. Dugard’s children reportedly cried when Garrido was arrested. Think of the hurt and confusion and pain of the people who were even briefly manipulated by the Garridos. Dugard spent more than half her life with them, and her daughters never knew anything else.

Garrido is now a suspect in a string of murders in Pittsburg, California, including a schoolgirl and eight prostitutes. Yesterday, police searching near Garrido's home said they had found bone fragments at a neighboring property. Special Agent Carl Campion, who investigated the Dugard case from the start, said in an podcast yesterday that, "We didn't have anything that remotely was close to these people. These people just did not come up on the radar screen at all, for whatever reason."

One of the many tragic aspects of Garrido story is the number of people now wondering why they didn’t recognize something terribly wrong or why they didn’t recognize it sooner, why they didn’t act differently – and what might have changed if they had. But it’s clear the youth who could calmly persuade a stranger to give him a lift, the aging man who could chat with a cop on his front lawn while Jaycee Dugard was hidden in the back was very, very good at fooling people. Maybe because people are very good at being fooled. Jeffrey Dahmer's neighbors called him shy. Dennis Radner, aka the BTK Killer was described as low-key.

Sir Francis Bacon once observed that ”those things which strike the sense outweigh things which, although they be more important, do not strike it directly. Hence, contemplation usually ceases with seeing.” We spend so much time accepting what passes for normal that it’s easy to overlook awful even when it’s right under our noses.

Garrido and his wife have pleaded not guilty to all the charges against them.