She is anchorwoman, hear her roar

Diane Sawyer may not be "perky," but in taking over "World News Tonight" she's still facing a notorious boys club 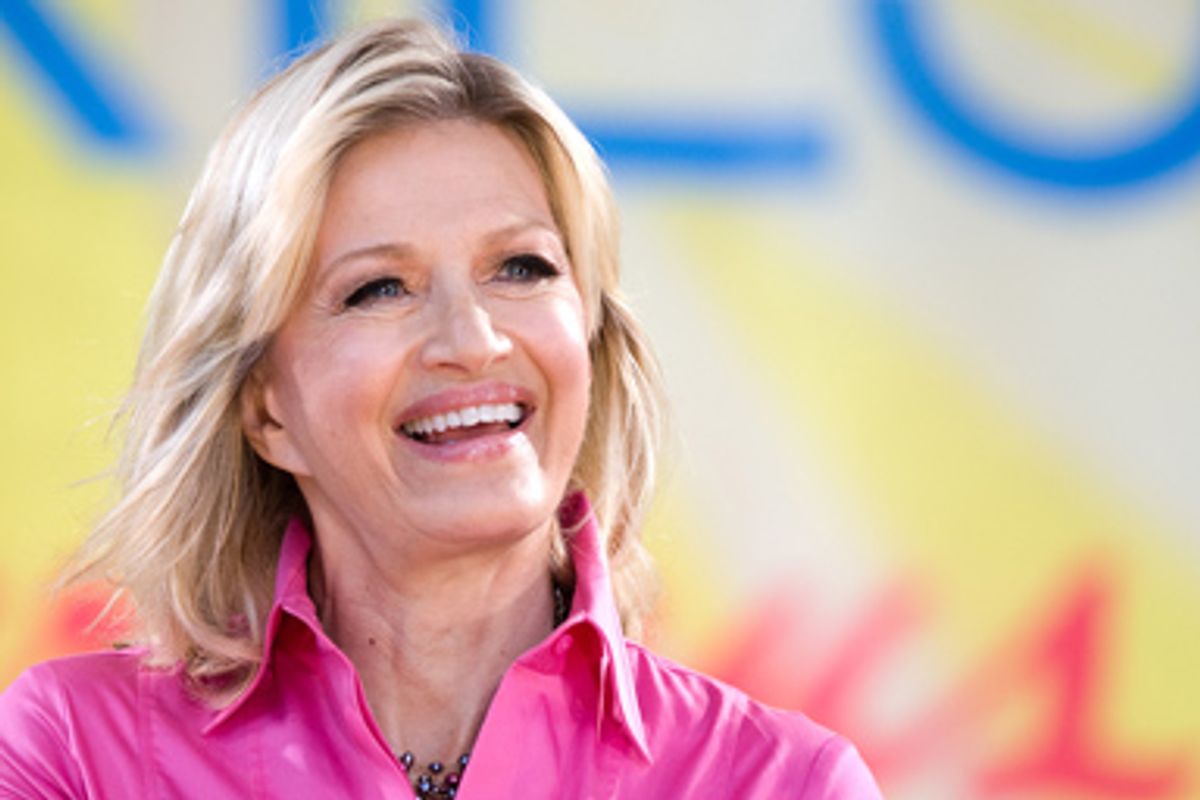 When ABC announced this morning that Charlie Gibson will be retiring from “World News Tonight” in January, the network simultaneously welcomed a new anchor, a journalist who has won Emmys, Dupont Awards, Robert F. Kennedy awards, Investigative Reporters and Editors Association Awards, and George Foster Peabody Awards for public service, one who has been inducted into the Broadcast Magazine Hall of Fame and Television Academy of Fame, and has interviewed presidents and reported from Ground Zero. A journalist who will also be only the second solo female anchor in network news history.

Diane Sawyer, the co-anchor of “Good Morning America” and host of a regular series of "Primetime" interviews, won’t officially be the first woman to sit in the ABC anchor chair, though few have filled it. In 1976, Barbara Walters became the first female network anchor -- and the highest-paid journalist in America -- when she started sharing the desk with Frank Reynolds. (At CBS, Connie Chung spent two years co-anchoring the “CBS Evening News” with Dan Rather before being canned.

More recently, Elizabeth Vargas shared the "World News Tonight" gig with Bob Woodruff in 2006, a stint that was cut short for both when Woodruff was injured in Iraq and Vargas became pregnant. (And no, you could not make up two more poetically gender-specific occupational hazards.)

So can Sawyer expect a hazing similar to the one Katie Couric endured when she took CBS’s anchor seat in 2006? It likely won’t be quite so bad. She doesn’t have Dan Rather’s legendary shoes to fill, nor does she have to overcome a damning reputation as “perky” and ”funsy." Sawyer’s already one of the most influential women in media (not far behind Tyra Banks), a reporter with enough range to do a documentary on Appalachian poverty and some serious Whitney Houston-herding just this morning.

She will, however, bear the scrutiny that comes from being in very elite company. This is what comes of being not just a female journalist but also one who has the temerity to be over the age of 35. Because CNN still wears a lot of ties. Because on FOX Business News, journalistic integrity will get you approximately as far as being a former model or flight attendant does. Because Stephen Colbert excepted, Maxim generally doesn’t refer to male journalists as “tasty titans of the teleprompter,” nor does AskMen.com rank Wolf Blitzer and Matt Lauer according to their hotness. Because the notion of the former America’s Junior Miss delivering the nightly news still gives some people the willies. The Boston.com TV blog was quick this morning to note that "NBC Nightly News" anchor Brian Williams is now "odd man out." In his blog for Hartford Courant this morning, critic Roger Catlin fired off that ”Come next year, women will dominate and men will be the endangered species,” adding that “With Couric at CBS and Sawyer at ABC, Brian Williams at NBC will be the sole male anchor in a field which until earlier this decade had enjoyed decades of stability.” Women doing the news! Dogs and cats, living together! Mass hysteria!

That’s why it matters. Come January, Diane Sawyer will get to sleep in a little later in the morning, and at nighttime, she will be part of a pantheon that includes Walter Cronkite, David Brinkley and Peter Jennings. She will have earned it. And that’s good news indeed.