The Fox News host turns art critic, because art from the 1930's proves the president's taking over everything 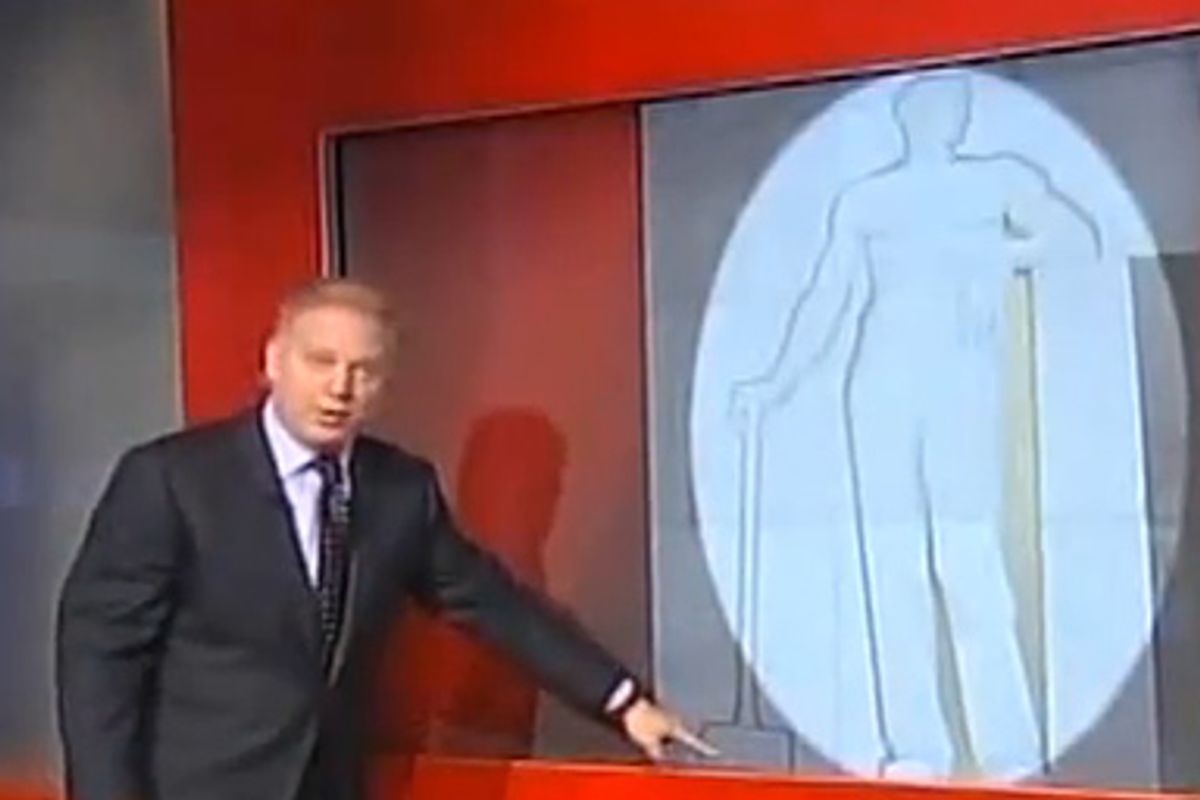 I'm sorry to be the one to tell you this, but the jig is up. Your plans for revolution in the U.S. have been exposed. Glenn Beck found the secret codes you managed to hide in artwork in Rockefeller Center that was created 30 years before you were born a world away, and on his Fox News show Wednesday night, he told the world about them. He even managed to connect you to every New World Order conspiracy theorist's favorite villains, the Rockefellers.

Here he is, after having exposed the nefarious existence of a hammer and a sickle in some of the art, talking about a more fascist piece of artwork, which -- as you already know -- was a signal to your supporters to rise up and enslave good American children:

Oh, you know what? This is it. This is from Moscow, the farmer and the worker -- the hammer and the sickle. This capitalist [Nelson Rockefeller] had a hammer and a sickle? Had the worker and the farmer, just like Moscow on his building, a progressive? I thought they hated communism. They don't ever want to do that. Well, they certainly hate fascism, we know that ....

This is a relief -- this was actually made by an Italian artist. He did a lot of the artwork here in New York City. But let me show you what it is. Here's a guy with horses and a chariot. There's a kid here with the sun. So let's just take it piece by piece and I'll show you what this means.

Now, this man standing on a chariot, the wheel. The wheel is always representative of industry in any of these progressive pictures or paintings or artwork, so you've got the wheel. Now, let's go to the horses, please. He is standing on a chariot. You've got the industry and the engines of industry, but who is in the back here? Let's show you his hand.

This man's strong hand is holding on to reins tightly here, holding back the engines of industry being led into the bright future of tomorrow by a young boy. Who is this? Who is this? This is the strong leader taking that, using that industry and those machines to lead us into the bright future led by our children. Gee, who is having indoctrination next week? Oh, yes, that's right, the president, completely unrelated.

This represents, at the time this was made, Mussolini. This was Mussolini.

Nevermind that Rockefeller was a Republican, albeit a liberal one, who ended up serving as vice president. Nevermind that actual art critics don't think the figure does represent Mussolini. You've been called out, Mr. President. Beck went so far as to research and talk about the mural Diego Rivera painted for Rockefeller Center, the one in which he included a picture of Lenin. Little things like Rockefeller having the mural destroyed over that image -- which Beck glossed over -- don't matter, not now that the whole conspiracy's been made public.

Beck even discovered the statue of a man beating a sword into a plowshare -- now there's a radical idea, one only a Communist could like -- that the Soviets donated for the grounds of the U.N. And his crack research team discovered that Rockefeller (a completely different Rockefeller than the one he'd been talking about, but that only proves how amazing Beck is) actually donated the land for the U.N. building! I mean, talk about just totally blowing the cover on all your nefarious schemes.

So anyway, Comrade President, I really am sorry about all this. But don't worry -- we still have all those messages you got Michelangelo to insert in the David.