The U.S. is spread dangerously thin in Afghanistan 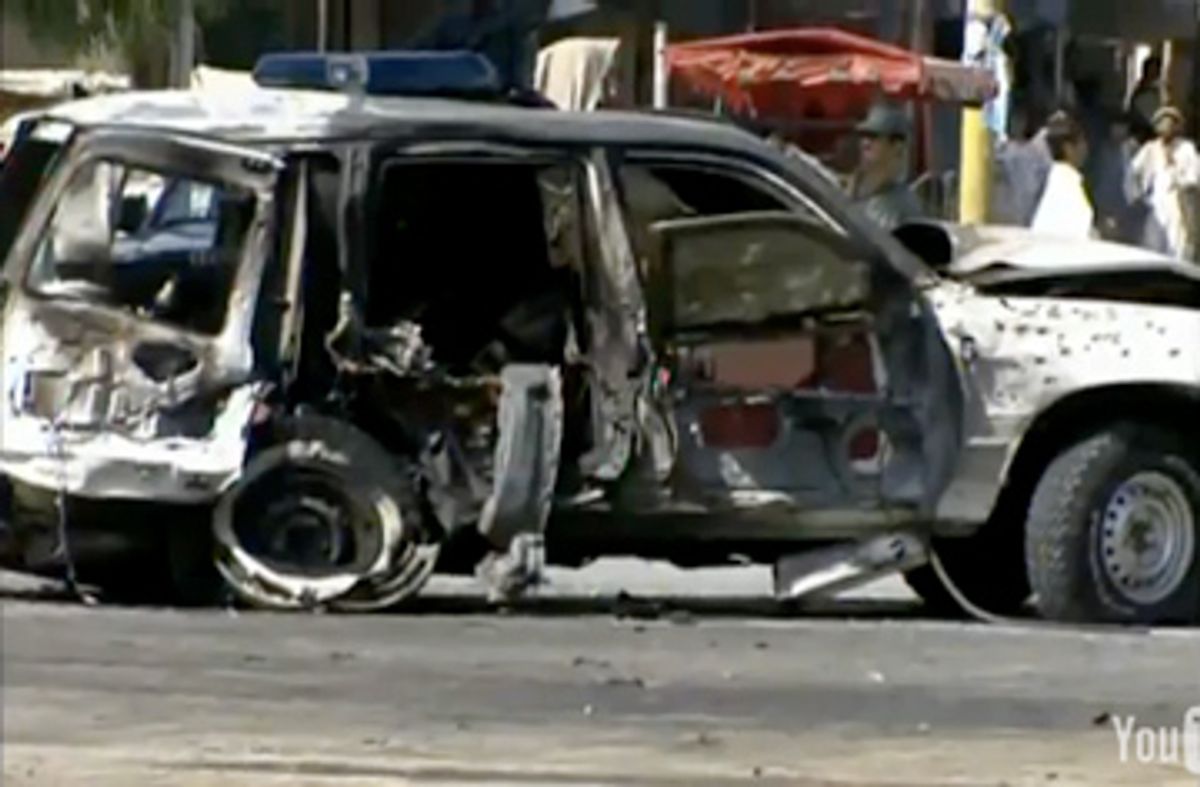 A Taliban suicide bomber killed the deputy director of Afghanistan intelligence along with 21 other people in the eastern Laghman province. This sort of successful strike at a high government official suggests an inside job, with foreknowledge of the official's itinerary. It makes you wonder how many figures in the government of Hamid Karzai are actually working for the other side.

Karen DeYoung reports on the amazement of U.S. commanders at how much better the Taliban are getting at sophisticated military operations. It is almost, they tell her, as though the Taliban are getting Ranger training somewhere. But I wonder if their improvement isn't just a side effect of fighting U.S. and NATO troops for the past few years. You saw the Mahdi Army in Iraq get better, too, over time.

CBS reports on how thin on the ground U.S. troops are in Afghanistan:

Meanwhile, AP reports that members of the mercenary outfit supposedly guarding the US embassy in Kabul have actually been partying in the nude and hazing one another.

I can't understand why the U.S. army isn't assigned to tasks like guarding the embassy; why farm that task out to geriatric frat boys? The cult of private contracting, which is promoted in the name of a free market but is actually a kind of socialism, is bankrupting the US government-- and we aren't even getting our money's worth.