When the president addresses Congress next week, it's time for him to be specific about what he wants 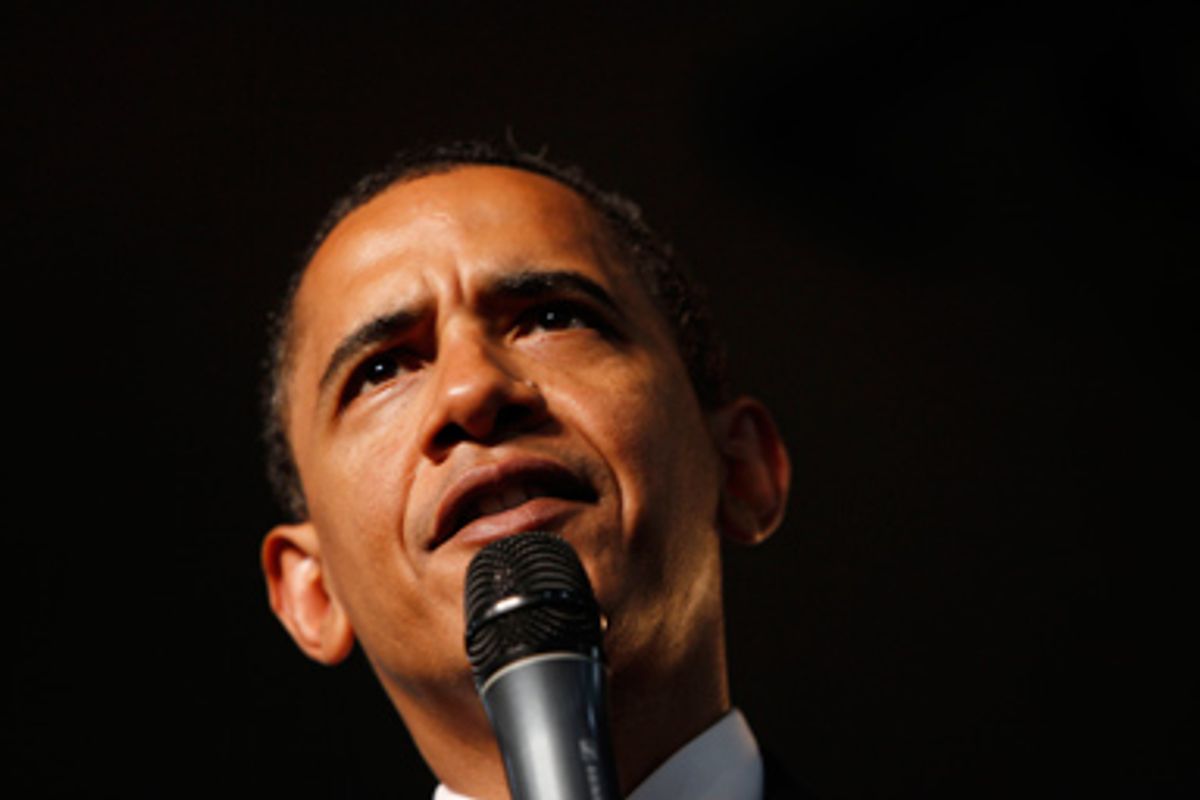 Congress returns next week to one of the fiercest and most important debates in recent memory -- whether and to what extent the nation will provide healthcare to all Americans, and how we will rein in the soaring costs of healthcare overall. But do not expect unusual courage from this Congress in standing up to demagogic lies and money-toting lobbyists. An unusually large portion is facing close races in 2010, both in primaries and in the general election. Republicans have many primary challenges from the right. A record number of Democrats, who took over Congress in 2006, hail from traditionally Republican or swing states and districts.

In order to get anything meaningful through this session of Congress, then, the president will have to give congressional Democrats far more leadership and more cover. Doing so is harder now than before the recess, when he was still basking in the afterglow of a honeymoon and 60 percent favorabilities. Yet it's not too late. Addressing a joint session of Congress next Wednesday is a good idea but Obama can't rely solely on his exceptional rhetorical skills. He'll need to twist arms, cajole, force recalcitrant members to join him, threaten retribution if they don't come along.

Most important, he'll need to be specific about what he wants -- especially about three things. I hope he says the following next Wednesday, and makes clear to individual members that he means business.

1. I will not stand for a bill that leaves millions of Americans without healthcare. It's vitally important to cover all Americans, not only for their and their children's sakes and not only because it's a moral imperitive, but because doing so will be good for all of us. One out of three Americans will experience job loss and potential loss of health insurance for themselves and their families at some point. One out of four of us who have health insurance is underinsured -- unable to afford the preventive care we and our kids need on an ongoing basis. And those of us who don't get preventive care can get walloped with diabetes, heart disease and other major illnesses that wipe us out financially, or force us into emergency rooms that all of us end up paying for.

2. The only way to cover all Americans without causing deficits to rise is to require that the wealthiest Americans pay a bit extra. The wealthy can afford to make sure all Americans are healthy. The top 1 percent of earners now take home 23 percent of total national income, the highest percentage since 1928. Their tax burden is not excessive. Even as income and wealth have become more concentrated than at any time in the past 80 years, those at the top are now taxed at lower rates than rich Americans have been taxed since before the start of World War II. Indeed, many managers of hedge funds, private-equity partners, and investment bankers -- including those who have been bailed out by taxpayers over the last year -- are paying 15 percent of their income in taxes because their earnings are, absurdly, treated as capital gains. We should eliminate this loophole as well, and use it to guarantee the health of all.

3. Finally, I want a true public insurance option -- not a "cooperative," and not something that's triggered if certain goals aren't met. A public option is critical for lowering healthcare costs. Today, private insurers don't face enough competition to guarantee low prices and high service. In 36 states, three or fewer insurers account for 65 percent of the insurance market. A public insurance option would also have the scale and authority needed to negotiate low drug prices and low prices from medical providers. Commercial insurers now pay about 30 percent higher rates to providers than the government pays through Medicare, because Medicare has the scale to get those lower rates. A nationwide public option could get similar savings. And those savings would mean lower premiums, deductibles and co-payments for Americans who can barely afford health insurance right now.