Jones, who'd been an advisor on green jobs, had come under heavy fire from the right 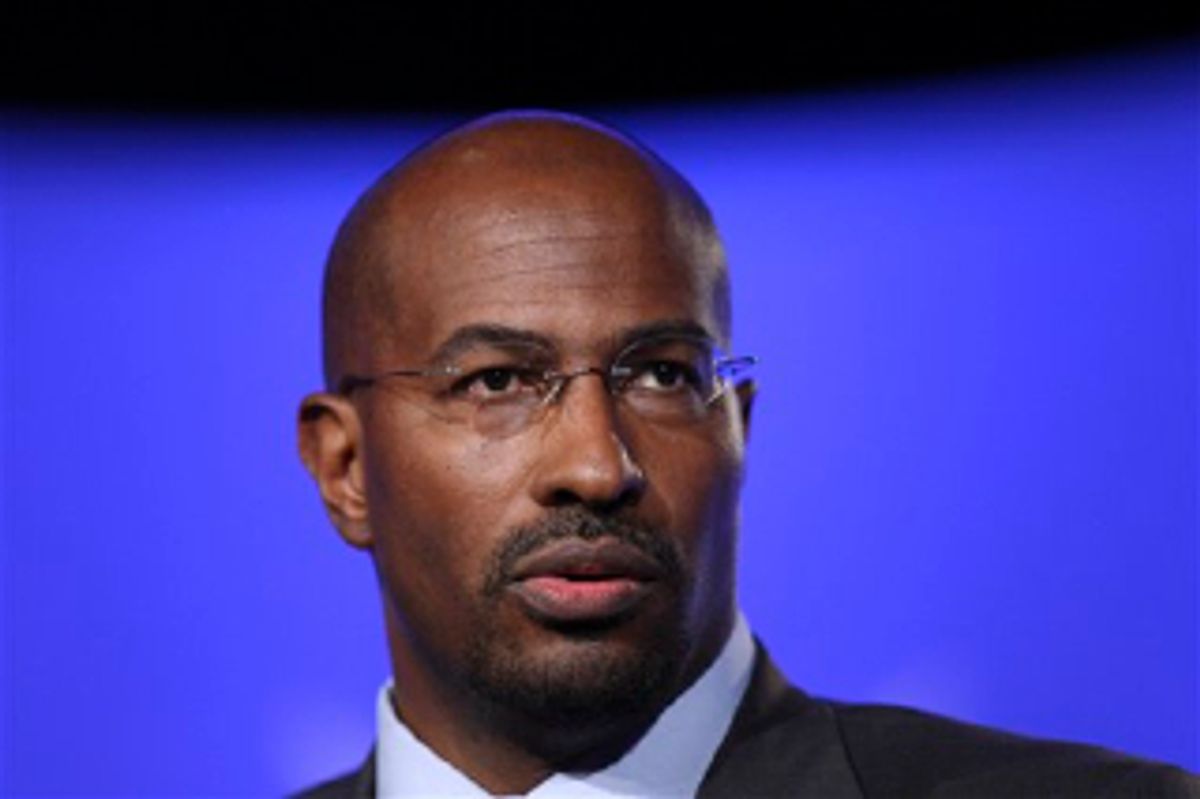 The old rule in press and public relations is that if you have to announce bad news, you do it on a Friday afternoon. The idea is that no one reads papers on Saturday, so that's one day the news won't hurt you too badly, and by then the Sunday shows have booked their guests and on Monday there'll be something new for the media to focus on. If you can wait until the Friday before a long holiday weekend, so much the better.

Well, the White House must really have wanted to keep the resignation of Van Jones quiet. The announcement that Jones was stepping down as a special advisor on green jobs wasn't made on the Friday before Labor Day -- it waited, instead, until almost midnight on Saturday.

Jones' resignation was the first big victory of the Obama administration for a certain segment of the right. Unofficial Birther headquarters World Net Daily is claiming credit, at least for being the first on the story, and they're right about that. But it was Fox News' Glenn Beck who really made Jones' departure inevitable by focusing on him relentlessly over the past couple weeks, in no small part because Jones' former organization, Color of Change, has been leading a boycott of Beck's show that's gotten dozens of companies to agree not to buy advertising during his show. Bloggers on the right then took that ball and ran with it.

Undoubtedly, Jones won't be the only person in this administration that coalition will try to bring down; if anything, the resignation is bound to embolden Beck and his allies. But they're not likely to have this kind of success often, if ever again -- Jones posed a special kind of opportunity for them, someone with a long list of public statements that could be used against him.

By the time he took the job in the White House, Jones was becoming accustomed to working within the system, and was admired by members of both parties. But before that, he was a radical activist, an admitted angry Communist who took the kind of positions not normally embraced in the mainstream. In one speech he gave this year, he called Republicans "assholes" -- he called himself one, too, but that's not really what the right cared about. And, conservative bloggers discovered, he'd signed on to a petition promoted by 9/11 Truthers.

Jones claimed, in a statement put out by the White House, that the document didn't reflect his views, that he just hadn't read it carefully enough, and there's good reason, based on statements since made by other signatories, to believe Jones really isn't a Truther. But a second document suggesting that he was followed shortly thereafter -- again, it was of dubious evidentiary value, but at that point, it didn't matter.

In some ways, Jones made the perfect opponent. Not only did they have a treasure trove of information with which to attack him -- by the end of last week, it seemed as if something new was revealed every hour -- but he made a hell of an attractive target. Really, he was a proxy for some people's worst fears about President Obama: Jones is a black man, an angry one, an admitted Communist inside the White House.

Really, it was only a matter of time before Jones would be out of a job, and it probably had to happen now. The story had been confined to the right for quite a while, but it was beginning to go mainstream, and with the Truther revelations, it was about to break big. The White House couldn't afford to be talking about a Communist in its ranks this week, not when they're sending Obama to Congress in an attempt to restart the healthcare reform debate on their own terms. Jones just about said as much in his exit statement.

"On the eve of historic fights for health care and clean energy, opponents of reform have mounted a vicious smear campaign against me. They are using lies and distortions to distract and divide," Jones said. "I have been inundated with calls -- from across the political spectrum -- urging me to 'stay and fight.' But I came here to fight for others, not for myself. I cannot in good conscience ask my colleagues to expend precious time and energy defending or explaining my past. We need all hands on deck, fighting for the future."