Opposing the death penalty is not about innocence 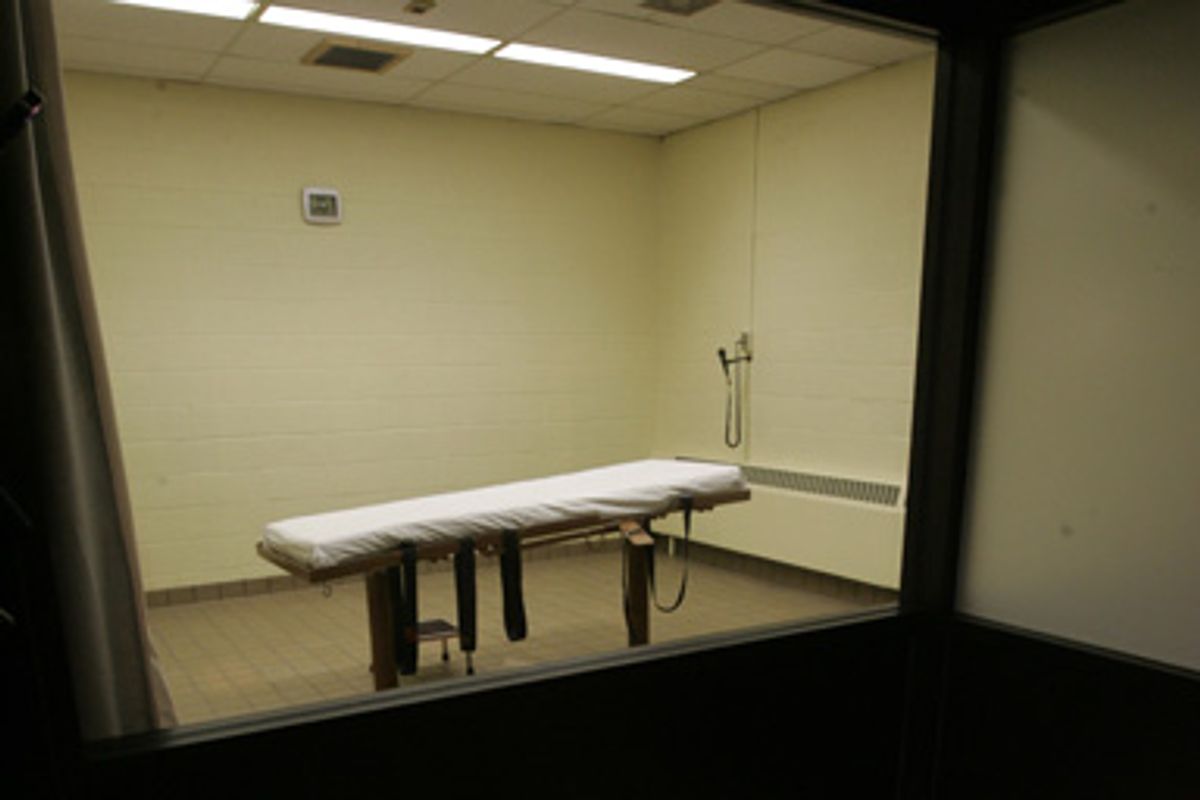 The death chamber at the Southern Ohio Corrections Facility in Lucasville, Ohio.
--

In the last several weeks, two major events have reignited the controversy that engulfs capital adjudication in this country. First, the U.S. Supreme Court took a potentially significant step in expanding the role that federal courts play in superintending how states mete out the death penalty. Second, the New Yorker published a devastating article by David Grann about the execution of Cameron Todd Willingham, a man convicted and capitally sentenced for his children's murder on the basis of junk science and a mentally troubled jailhouse informant. Each of these events called attention to what the public perceives as our capital punishment system's signal failure -- its inability to ensure that those who are executed are actually guilty.

As the attention paid to systemic failure grows, so too does the apparent need to posthumously exonerate a capital convict. It is now fair to say that a posthumous exoneration is the pièce de résistance of death penalty opposition. But ardent defenders of capital punishment appear comfortable to defend on this territory. Justice Antonin Scalia wrote in a 2005 Supreme Court opinion that there is not "a single case -- not one -- in which it is clear that a person was executed for a crime he did not commit." For at least two reasons I discuss below, we must be careful not to overstate the importance of posthumous exoneration.

First, our system of capital adjudication is terrifically screwed up for reasons that have nothing to do with whether a state has accurately identified a murderer in a specific case. For starters, the death penalty is not colorblind. All other things being equal, nonwhite offenders are more likely than white offenders to be executed, and offenses against white victims are more likely to be punished capitally than are offenses against nonwhite victims. Racially motivated jury selection amplifies each of these problems. That similarly situated offenders are not being sentenced the same way is troubling enough; that race frequently accounts for that difference is morally revolting.

Moreover, some jurisdictions are derelict in enforcing Eighth Amendment restrictions on capital punishment that do not involve questions of guilt. For example, although the Constitution forbids the execution of offenders who are either incompetent or mentally retarded, a number of states have systematically undermined these prohibitions by adopting overly restrictive or nonscientific tests for these clinical phenomena. Another example involves mentally ill offenders, who may be executed only if a court's charge to the jury allows it to consider whether the defendant's illness mitigates culpability. For almost two decades, Texas fought tooth and nail to carry out executions imposed under jury instructions that unconstitutionally failed to permit sufficient consideration of mitigating evidence.

The role of race, and the way states undermine capital eligibility restrictions, are two problems that have nothing to with how accurately the criminal justice system identifies murderers. The unrelenting emphasis on identifying a person who has been executed for a crime he or she did not commit runs the risk of sidelining these otherwise powerful critiques of the death penalty.

Second, attempts at posthumous exoneration in individual cases can be counterproductive because they can create what I call the "Coleman effect." In 1992, Virginia executed Roger Coleman for murdering his sister-in-law. Coleman had insisted on his innocence until his dying breath, and his sentence drew considerable attention when he appeared on the cover of Time magazine. In 2006, then-Gov. Mark Warner ordered that the DNA evidence in the case be retested using more advanced methods. Death penalty opponents hoped that, by conclusively establishing Coleman's innocence, the posthumous tests would erode the legitimacy of capital punishment in the United States. The testing had precisely the opposite effect. It conclusively established Coleman's guilt, and reinforced a competing narrative -- that government institutions effectively prevent executions of the wrongfully accused.

Ad hoc posthumous inquiry into the accuracy of capital dispositions is a high-risk endeavor. If the test comes back the wrong way, then the result only further legitimizes the death penalty. To eliminate the Coleman effect, a posthumous exoneration program would require enough money to finance testing on a large sample population, so that we can be statistically confident that some tests will establish innocence. The reason we don't have such comprehensive posthumous testing has to do with how groups that seek exonerations allocate scarce resources; these groups sensibly commit limited resources to exonerating prisoners who are still alive. There are one-off posthumous inquiries into the accuracy of specific executions, but the Coleman effect often limits the outlays that groups are willing to make for these types of investigations.

There is something unsettling about the very idea that posthumous exoneration is a burden that death-penalty opposition must assume. We don't need posthumous exonerations to tell us something that we already know from available evidence -- that considerable error inheres in the way we administer capital punishment. We know that many noncapital defendants are wrongfully convicted, and there is no reason to believe that capital adjudication is any more accurate. We know that the Innocence Project has used DNA testing to exonerate at least 17 death-row inmates, and it is inconceivable that there are not other cases that have slipped through the cracks. And we know that incompetent attorneys, junk science, false confessions, self-interested informants, prosecutorial abuse and unreliable eyewitnesses render wrongful executions a statistical certainty. In other words, we already know that we execute innocent people.

Case-by-case posthumous inquiry tells us only one thing that we don't already know: the identity of the wrongfully executed convict. But when we evaluate the institutional implications of wrongful executions, why is identity so important? Shouldn't it be enough that we know that such executions happen, and shouldn't posthumous testing be conducted comprehensively to discern trends and determine things like frequency? Justice Scalia might have been correct in pointing out that we cannot conclusively specify the identity of a wrongfully executed person, but he's certainly wrong to infer on such a basis that wrongful executions do not happen.

The hunt for the identity of a wrongfully executed person reflects the need to put a face on one particular critique of capital punishment. That hunt is admirable and, if structured the right way, well worth the cost. But the "innocence" critique need not have a face to be right, and the myriad other critiques of our perverse capital punishment system should not all stand or fall on our ability to specifically identify a wrongful execution.

Lee Kovarsky is an acting assistant professor of law at NYU Law School. Previously a Supreme Court and appellate practitioner in private practice, he has litigated death penalty cases in Texas and has written extensively on capital punishment. His article "Death Ineligibility and Habeas Corpus" is forthcoming in the Cornell Law Review.