"The Jay Leno Show" may be a huge hit for NBC, but that doesn't mean it won't suck. Help us keep score! 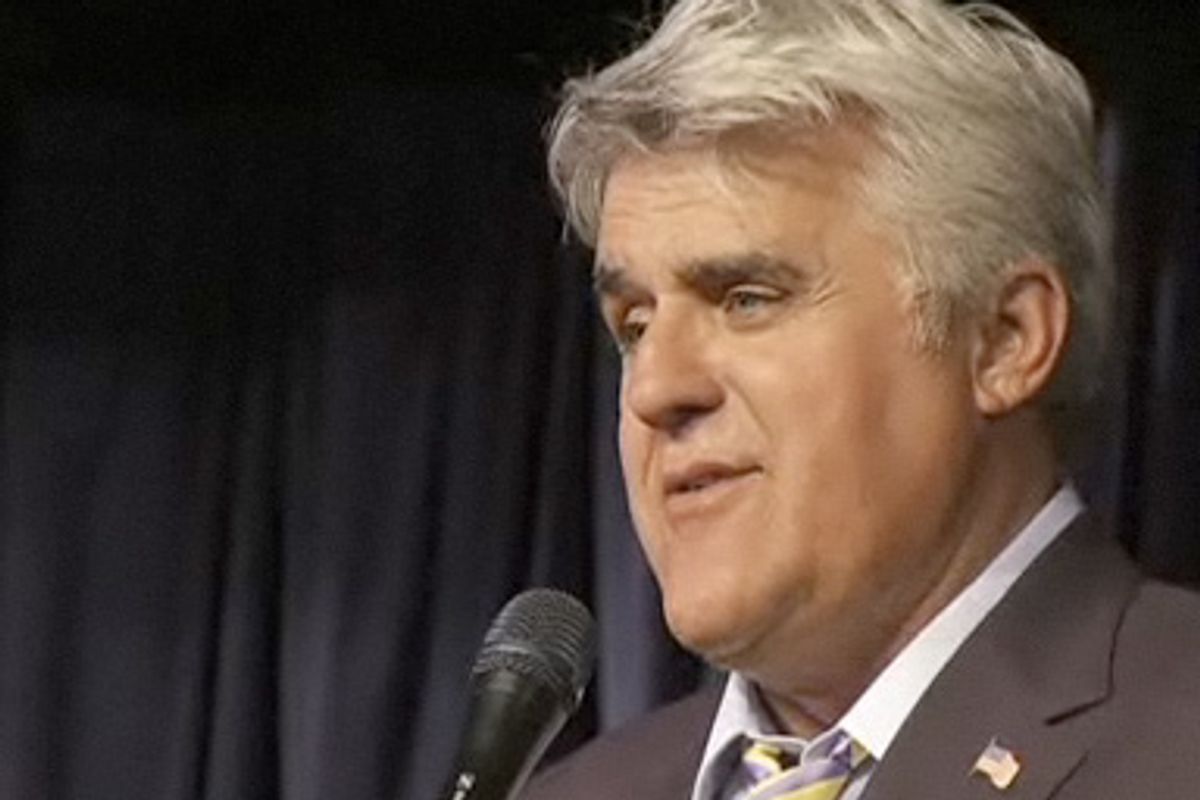 Giving Jay Leno his own, brand-new show five nights a week at 10 p.m. is like creating a new talent competition just so Paula Abdul can be a judge on it. Just as Abdul lucked into her longtime gig on "American Idol," so, too, did Leno find himself inheriting Johnny Carson's post despite his severe lack of charm, subtlety, wit and interviewing skills. While Leno eventually became a familiar and some might even say vaguely comforting fixture on "The Tonight Show," in the 17 years that he held the job, he rarely surprised anyone with his gift of the gab. He was not one to whip out an unexpectedly dry joke or clever turn of phrase on the spot, the way  Carson did. He wasn't the guy to react unexpectedly to a guest like Conan O'Brien does or to offer a sly signal of his skepticism or disapproval the way David Letterman does. And despite consistently high ratings, Leno never had much of a knack for whipping his audience into a frenzy of enthusiasm and excitement like Ellen DeGeneres does.

No. Watching Leno's affable but clumsy maneuvers on "The Tonight Show" was always a little bit like watching your dad show off to your friends. He might be big and lovable, but he's also cringe-inducingly buffoonish, leaden and out of touch. In fact, this approachable, dumb-dad shtick may hold the key to Leno's appeal: He offered America an amiable late-night father figure, happy to tuck us into bed in the most tender, non-threatening way possible. After all, who wants a tender nighty-night kiss from jittery, jumpy Conan, or that snickering weasel Letterman?

But should Americans' longing for more attention from their emotionally distant fathers keep us mired in this mediocrity indefinitely? Because, let's face it, relying on Leno to introduce you to what's current in the entertainment and music world is like asking your dog about the Internet. It's not just unhelpful, it's downright uncomfortable.

But let's cast all of these doubts aside for once. Let's suspend our disbelief and tell ourselves that "The Jay Leno Show" (premieres at 10 p.m. Monday, Sept. 14) might wind up pleasantly surprising us with its hilarity and originality. Let's pretend, for the moment, that Leno might thrive in a brand-new weeknightly (Lord help us!) format, and let's not limit our predictions of the show's quality to the range between A Huge Disappointment and A Big, Unfathomable, Endlessly Repeating Mistake.

Let's hope for the best from Jay Leno, shall we? I mean, just because allowing a largely talentless man to fill Johnny Carson's shoes was enough of a blunder to begin with, just because NBC has added insult to injury by handing over a vast amount of TV real estate for Leno to squander once more, just because there are plenty of funny, quick-witted oddballs out there who've spent their entire lives dreaming of (and practicing for) a chance to prove their mettle in the talk-show circuit, only to be trounced time and again in favor of colorless but safe faces like Leno, that doesn't mean we have to approach Monday night's premiere with skepticism and a mean-spirited wish for Leno to fail.

Instead, let's watch Leno all week and collect his very best moments and best jokes, and we'll recap the highlights a week from now. Let's give Leno a solid, fighting chance to impress us for the first time ever. Let's open our minds and our hearts and embrace this man for exactly who he is.

Who is he again? Well, maybe, with an open mind, we'll find out.

Send your favorite jokes, favorite bad jokes, gimmicks and moments from the first week of "The Jay Leno Show" to jaylenojokes@gmail.com.