How did the 9/12 protest crowd compare?

Conservative pundits have some fun with D.C. rally estimates. But how did the size compare with other like protests 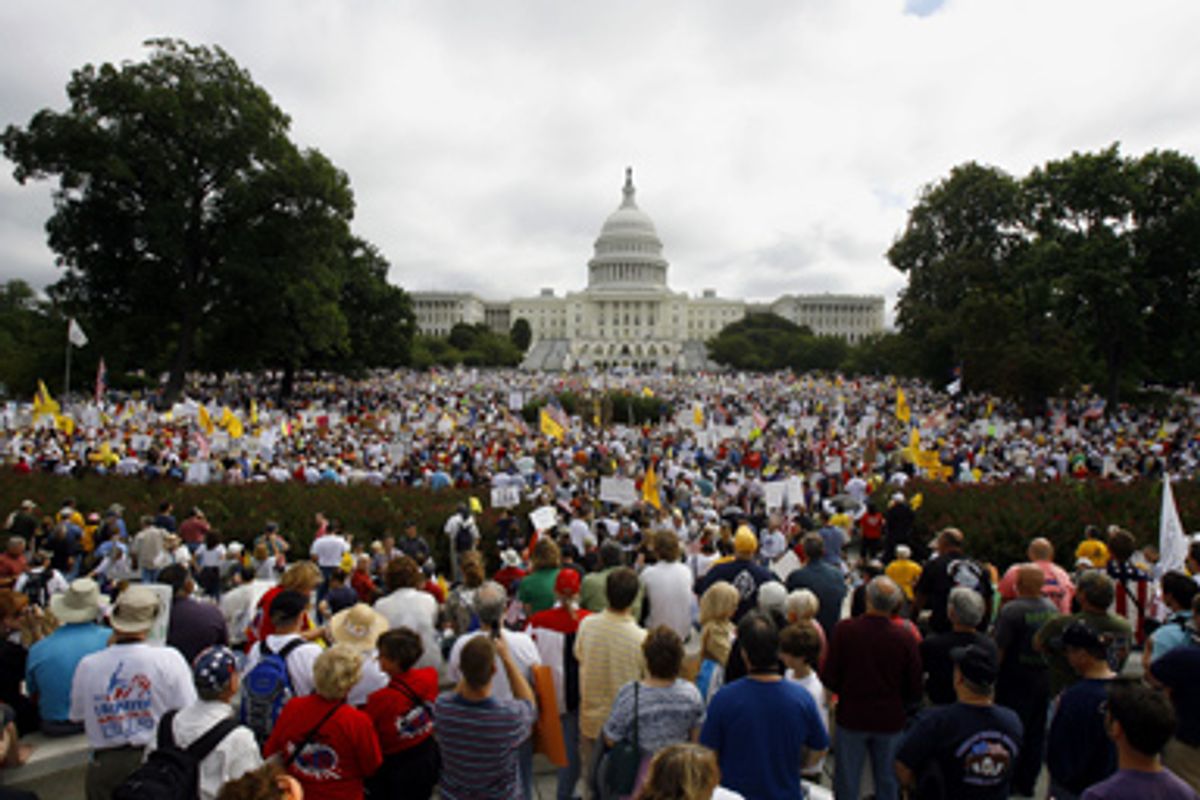 People gather on Capitol Hill in Washington, Saturday, Sept. 12, 2009, during the taxpayer rally.
--

Many right-wing pundits wildly overestimated the number of conservatives who marched on Washington, D.C. this past Saturday.  Saturday, right-wing commentator Michelle Malkin claimed that two million people had attended the rally -- a number she attributed to ABC News. ABC News made no such claim. As Media Matters  documented, Malkin seemed to have no source for that high estimate, but many in the right-wing blogosophere repeated the number as if it were fact.

In actuality, ABC News estimated that between 60,000 and 70,000 people were at the rally. Certainly, that's a significant amount of people, but two million it is not. Fox News put the number at "tens of thousands," a figure echoed by the Wall Street Journal and The Associated Press.

To put that estimate in perspective, here's a look at the number of people who flocked to the nation's capital for some other recent massive rallies.