Something in the way he moved

Dancing served Patrick Swayze well, even when he wasn't actually doing it 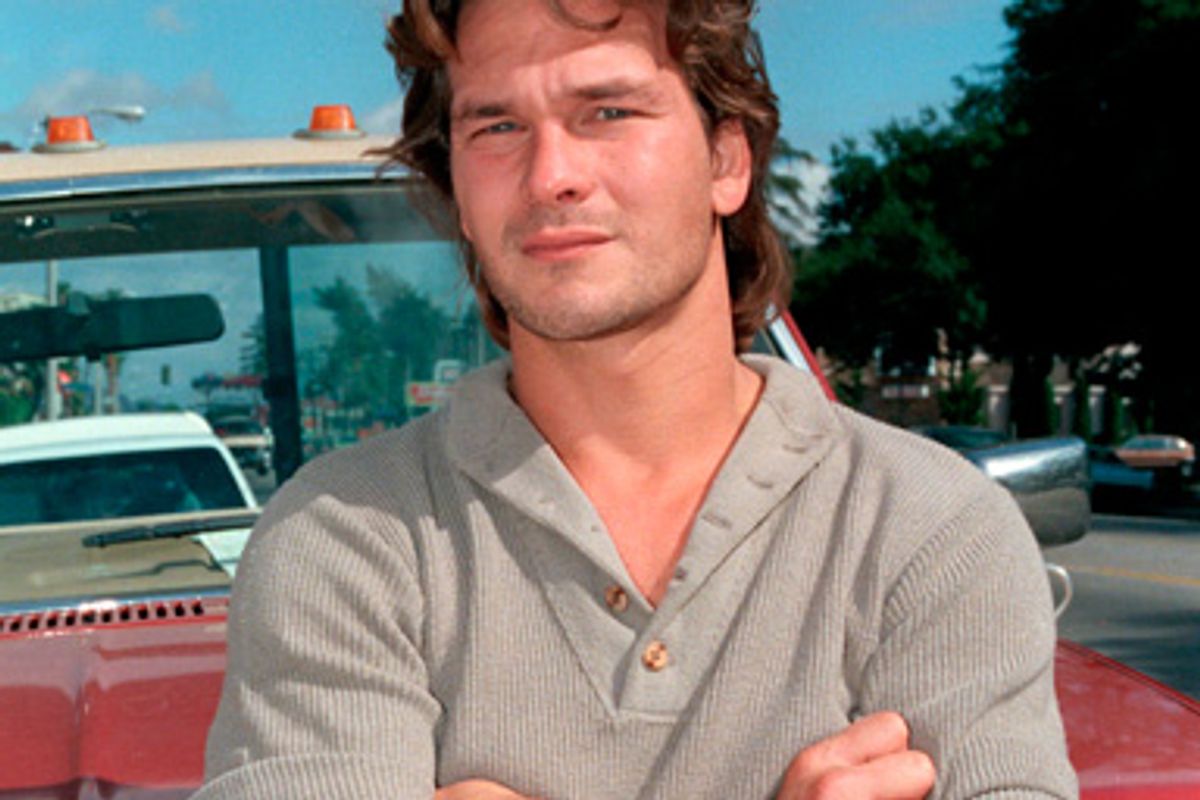 Actor Patrick Swayze is shown in Los Angeles in this 1985 photo.
--

Patrick Swayze, who died Monday at age 57, missed the glory days of movie musicals by a good 20 years: By the time he made his first picture, the roller-disco comedy "Skatetown U.S.A," in 1979, Hollywood wasn't exactly teeming with opportunities for professionally trained dancers like him. But dancing served Swayze well as an actor, even when he wasn't actually doing it. Even in movies like the 1989 "Road House," in which he played a bouncer extraordinaire, or the 1991 "Point Break," in which he appeared as a surfer who might just be a bank robber, his carriage and his supple grace always told part of the story. He was an expressive, supremely likable actor who put every muscle, effortlessly, to work. It was always a pleasure to see him smile, but it was also a joy to watch him move.

Swayze grew up in Houston, the son of an engineering drafter and a dance instructor; he first studied dance at his mother's school (where he met his future wife, actress and dancer Lisa Niemi) and went on to study at the Harkness Ballet School and the Joffrey Ballet School in New York. His breakthrough role in the 1987 "Dirty Dancing" as Johnny Castle, the Catskills dance instructor with whom a young daddy's girl nicknamed "Baby" (Jennifer Grey) falls in love, seemed to have been perfectly designed for an actor with his experience and training. But then, as now, there wasn't a great demand for actors who also knew how to dance, and so Swayze channeled his considerable charms into playing a dead guy: In "Ghost" (1990), his character was a murdered banker whose spirit, instead of leaving Earth, sticks close to his girlfriend (Demi Moore) to keep her safe from harm.

"Ghost" was romantic catnip to movie audiences: I know, as you probably do, people who have watched it dozens of times. When I saw the movie at the time of its release, I liked it well enough overall, but what I really loved about it was Swayze. I also remember feeling resentful on his behalf when people would make wisecracks about how women would automatically start panting at the sight of him with his shirt off -- as if showing off his muscles was all he needed to do to hypnotize his demographic.

Don't get me wrong -- those muscles were always great, and I was always happy to see them. And taking pleasure in watching an actor stride or run or stretch is a sensual response, just as there's a sensual element to watching a great athlete. But Swayze -- who may not have had many huge hits but who always worked steadily, right up through his recent A&E Network show "The Beast" -- had so much more going for him than mere brawn. He had a boyish, elfin quality that made him seem ageless; his smile was part of his physical grace, part of his agility as an actor. Maybe that's why I've always liked Swayze best with his shirt on. That way, he was less likely to be written off as just a hot, beefcakey stud. Even when he was fully clothed, you could always see the dancer inside.