Health insurers have become expert at using P.R. to get what they want. I got out before the latest round 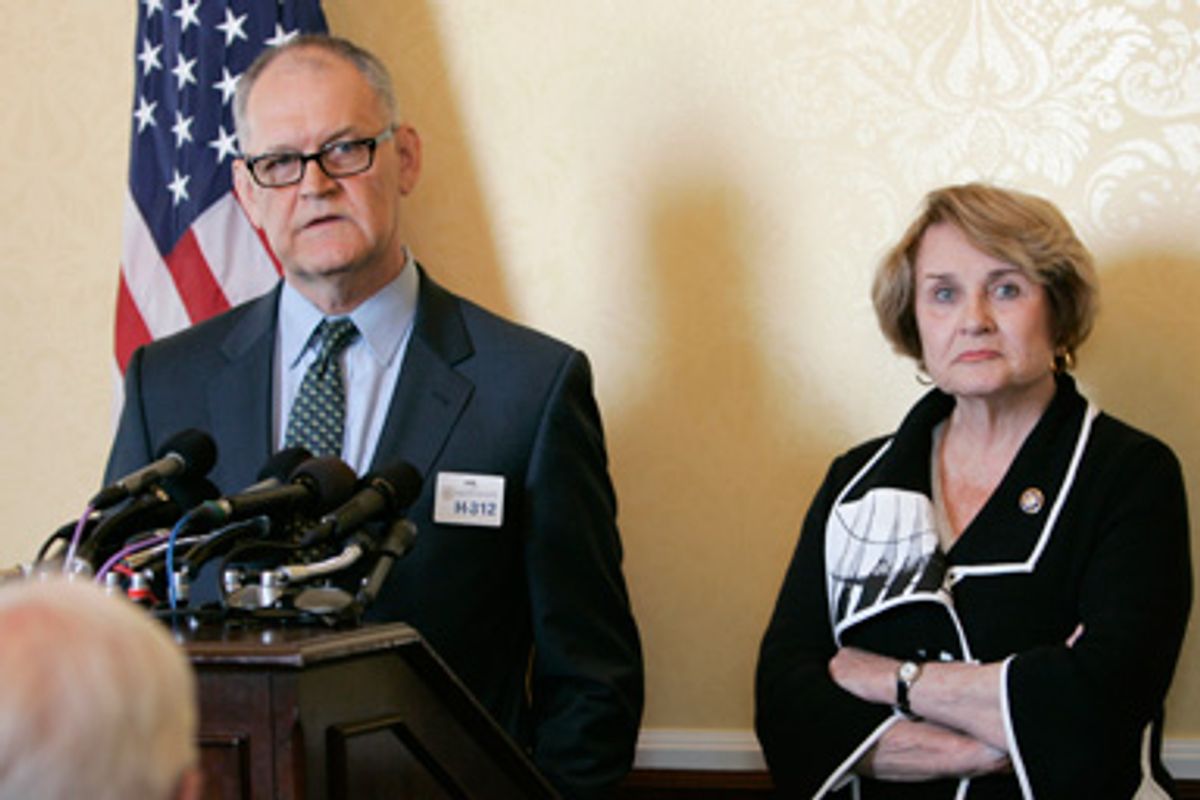 It is easy to think of efforts to influence lawmakers as the exclusive domain of K Street lobbyists. Much has been said and written about the millions of dollars the special interests are spending on lobbying activities and the hundreds of lobbyists who are at work as we speak trying to shape healthcare reform legislation. Very little by comparison has been written about the millions of dollars that special interests are spending on P.R. activities to accomplish the same goal and that are vital to successful lobbying efforts.

One of the reasons I left my job at CIGNA, where I headed corporate communications and was part of the Legal & Public Affairs division, was because I did not want to be involved in yet another P.R. and lobbying campaign to kill or gut reform. I finally came to question the ethics of what I had done and been a part of for nearly two decades to influence decision making and bill writing on Capitol Hill.

When I testified before the Senate Commerce Committee in late June, I told the senators how the industry has conducted duplicitous and well-financed P.R. and lobbying campaigns every time Congress has tried to reform our healthcare system, and how its current behind-the-scenes efforts may well shape reform in a way that benefits Wall Street far more than average Americans. I noted that, just as they did 15 years ago when the insurance industry led the effort to kill the Clinton reform plan, it is using shills and front groups to spread lies and disinformation to scare Americans away from the very reform that would benefit them most. The industry, despite its public assurances to be good-faith partners with the president and Congress, has been at work for years laying the groundwork for devious and often sinister campaigns to manipulate public opinion.

The industry goes to great lengths to keep its involvement in these campaigns hidden from public view. I know from having served on numerous trade group committees and industry-funded front groups, however, that industry leaders are always full partners in developing strategies to derail any reform that might interfere with insurers' ability to increase profits. My involvement in these groups goes back to the early '90s when insurers joined with other special interests to finance the activities of the Healthcare Leadership Council, which led a coordinated effort to scare Americans and members of Congress away from the Clinton plan.

A few years after that victory, the insurers formed a front group called the Health Benefits Coalition to kill efforts to pass a Patients Bill of Rights. While it was billed as a broad-based business coalition that was led by the National Federation of Independent Business and included the U.S. Chamber of Commerce, the Health Benefits Coalition in reality got the lion’s share of its funding and guidance from the big insurance companies and their trade associations.

Like most front groups, the Health Benefits Coalition was set up and run out of one of Washington’s biggest P.R. firms. The P.R. firm provided all the staff work for the Coalition while an executive with the NFIB, which has long been a close ally of the insurance industry, served as a frontman.

One of the key strategies of the Health Benefits Coalition as it was gearing up for battle in late 1998 was to stir up support among conservative talk radio and other media. Among the tactics the P.R. firm implemented for the Coalition was to form alliances with important conservative groups, such as the Christian Coalition and the Family Research Council, to get them to send letters to Congress or appear at HBC press conferences. The Health Benefits Coalition also launched an advertising campaign in conservative media outlets. The message was that President Clinton owed a debt to the liberal base of the “Democrat” Party and would try to pay back that debt by advancing the type of big government agenda on healthcare that he failed to get in 1994. The tactics worked. Industry allies in Congress made sure the Patients’ Bill of Rights would not become law.

The insurance industry has funded several other front groups since then whenever the industry was under attack. It formed the Coalition for Affordable Quality Healthcare to try to improve the image of managed care in response to a constant stream of negative stories that appeared in the media in the late ‘90s and the first years of this decade. It funded another group with a different name about the same time when lawyers began filing class-action lawsuits on behalf of doctors and patients. Like the Health Benefits Coalition, this one, called America’s Health Insurers, was created by and run out of a powerful Washington-based P.R. firm.

The insurance industry called on that same firm again in 2007 to help blunt the impact of Michael Moore’s movie "Sicko." The P.R. firm created and staffed a front group called Health Care America specifically to discredit Moore and to demonize the healthcare systems featured in the movie. The media contact for Health Care America was a vice president at the firm who had served previously in P.R. roles at the Blue Cross Blue Shield Association and in the Bush administration.

The P.R. firm also activated conservative allies and enlisted the support of conservative talk show hosts, writers and editorial page editors to warn against a “government takeover” of the U.S. care system. That is a term the industry uses often to scare people away from any additional involvement of the government in healthcare. Health Care America also placed ads in newspapers. One such ad, which appeared in Capitol Hill newspapers, carried this message, "In America, you wait in line to see a movie. In government-run health care systems, you wait to see a doctor."

The P.R. firm’s work on behalf of the industry included feeding talking points to conservatives in the media and in Congress and placing columns and Op-Eds written for the industry’s friends in conservative and free-market think tanks like the American Enterprise Institute, Heritage, CATO, the Manhattan Institute and the Galen Institute.

With this history, you can rest assured that the insurance industry is up to the same dirty tricks, using the same devious P.R. practices it has used for many years, to kill reform this year, or even better, to shape it so that it benefits insurance companies and their Wall Street investors far more than average Americans.

The creation and funding of front groups and the use of shills on Capitol Hill and in the media are not the only tactics P.R. people use to support and enhance lobbying efforts. Other activities include, of course, the implementation of grass-roots and grass-tops campaigns. But a much more subtle tactic is to provide supposedly accurate and objective information to “educate” members of Congress and their staffs.

Business Week recently described how health insurers, United Health Group in particular, have been hard at work behind the scenes providing a treasure trove of data to key senators. If lawmakers believe the information and date the insurers are feeding them is comprehensive and objective, they are mistaken. Corporate representatives, especially the P.R. people who work with the media and who write talking points, are masters at the selective use of data and disclosing only the information their employers want to be disclosed.

What does this all mean for our country and our democracy?

During my 20 years in corporate communications and public affairs, I participated in the steady growth and influence of largely invisible persuasion -- and at a time when newsrooms are shrinking and investigative journalism seems to be vanishing. The number of P.R. people long ago surpassed the number of working journalists in this country. And that ratio of P.R. people to reporters will continue to grow. The clear winners as this shift occurs are big, rich corporations and other special interests. The losers are average Americans, most of whom are completely unaware how their thoughts and actions are being manipulated to achieve corporate goals on Capitol Hill.

Wendell Potter is the former vice president for corporate communications at Cigna. He is now president of Business for Medicare for All and author of bestselling books "Deadly Spin" and "Nation on the Take."