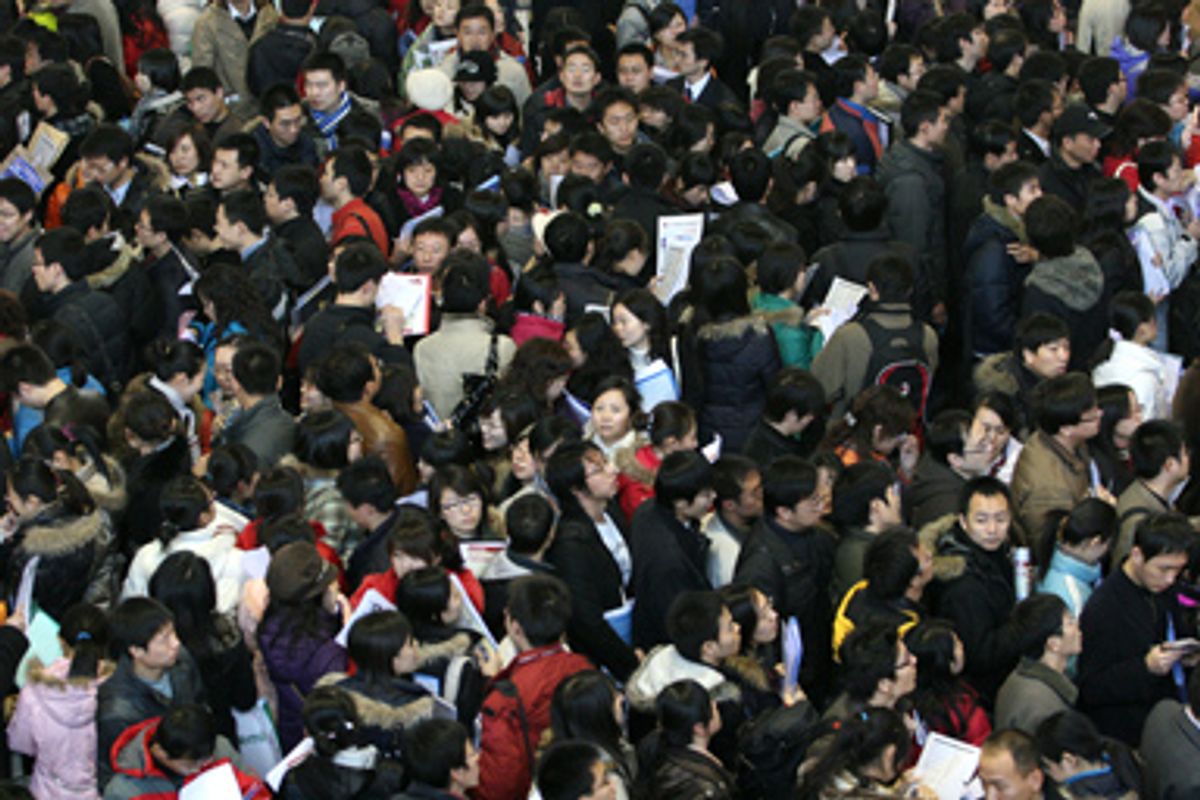 The historical relevance of Malthus' work in any family planning study cannot be understated. In fact, Richard Ehrman's "The Power of Numbers" states that Malthus' "call for 'prudential restraint' -- by which he meant later marriage -- can be said to have opened the way for family planning."

The "Fewer Emitters" study, written by the London School of Economics' Thomas Wire at the behest of the Optimum Population Trust, makes a fairly straightforward point. If all the women in the world who already want to avoid or postpone pregnancy were given access to contraceptives, there would be fewer babies, and eventually fewer greenhouse-gas emitting humans. This is a point that is also made in an upcoming study soon to be published by the World Health Organization: "Runaway population growth in countries such as Ethiopia and Rwanda," reports Bloomberg News, "where contraceptives are in short supply is exacerbating drought and straining fresh water supplies."

The Optimum Population Trust goes one step further, however, by calculating the cost-benefit effectiveness of spending dollars on family planning as opposed to the roll out of low-carbon energy technologies.

The study found that each $7 spent on basic family planning would reduce CO2 emissions by more than one ton... By comparison, a one ton reduction in CO2 emissions is predicted ... to cost a minimum of $32 using low-carbon technologies."

So: You want to save the world? Hand out some condoms and birth control pills, and forget about installing solar panels.

At The New Republic's The Vine blog Lydia DePilis perceptively notes that American environmental advocacy organizations want no part of this argument. There is no faster way to sink any chance of getting a climate change bill through Congress than to tie it to family planning funding. Right wing activists would immediately dub the legislation the Cap-Trade-and-Abortion bill, and the ensuing ruckus would make the healthcare squabbling look like a ... well, I wanted to write "tea party" but strangely, that metaphor doesn't seem to work any more.

I'm not sure I buy the basic premise of the Optimum Population Trust's argument, however. Countries with lower birthrates tend to be richer and boast far higher per-capita greenhouse gas emissions than countries with high birthrates. Indeed, one of the factors that holds back development in many extremely poor countries is that the rate of population growth criples the  chances for the kind of economic growth that would raise individual living standards. If you successfully manage to reduce the rate at which the population is increasing, you might end up incidentally kicking off  sustained economic growth that turns the existing population into bigger consumers than ever before. It seems to me that the Trust's approach only works if you keep women poor, barefoot, and not pregnant.