Play the ball where the monkey throws it 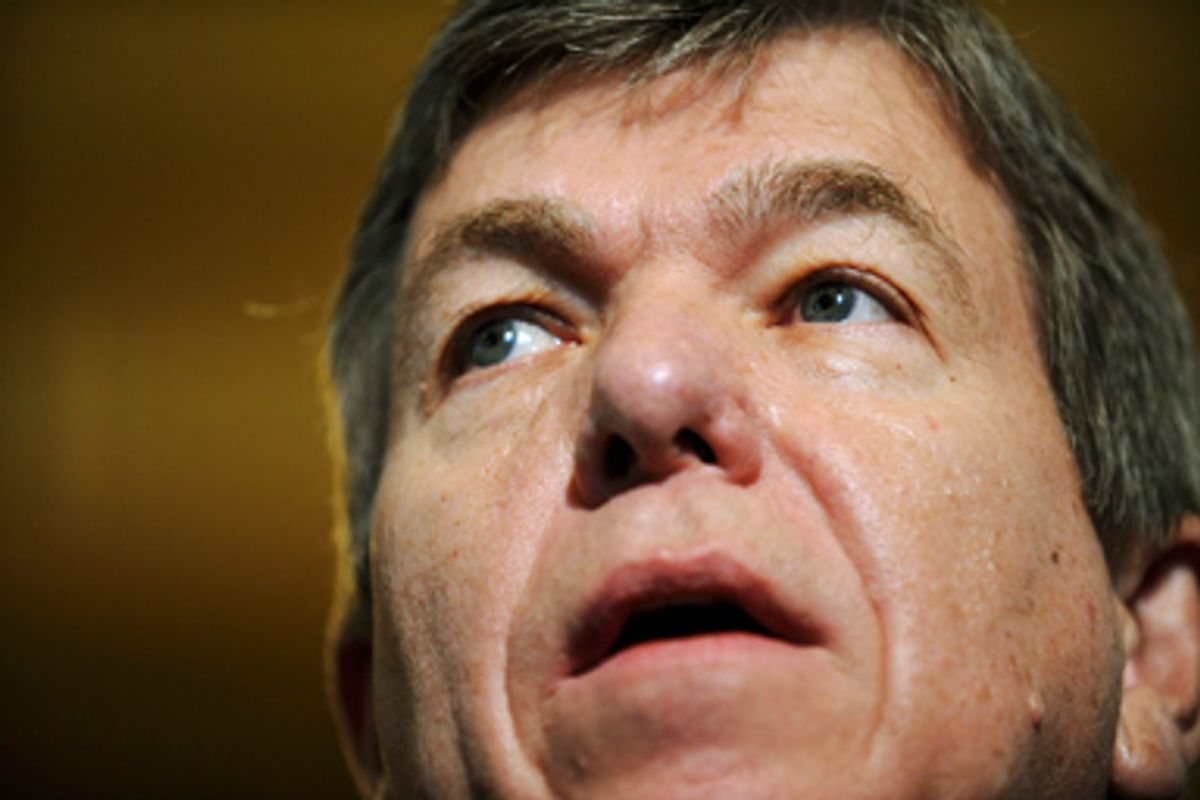 Former House Republican whip Roy Blunt was a featured speaker Friday afternoon at the Values Voter Summit, and he had a little parable to share with the crowd.

Conservatives shouldn't get too upset about the way liberals have taken over Washington since President Obama won election, he said. "We've got a reason to explain why we believe in the kind of America we believe in," Blunt said. "You know, you can't control everything there is in life that you'd like to control."

And then he told a little story about a group of British soldiers who found themselves posted in a quiet part of India in the late 19th century or the early 20th century. It was, Blunt said, a "very lush, very quiet, very peaceful, very uneventful part of India."

So the soldiers decided, without much better to do, that they'd build a golf course in the jungle. And then the story got weird.

Yes, you read that right: the point of the story was that like British golfers, conservatives in Washington have to play the ball where the monkey throws it.

Blunt, who's running for Senate in Missouri next year, didn't explain precisely why he chose an analogy about monkeys to illustrate the difficulties posed by the party that opposes the country's first black president. (They both like to screw up the white man's golf game?) Perhaps it was just a really, really stupid parable to choose. But he may have had posts just like this one in mind, later in his speech, when he told conservatives not to worry about accusations of racism.

"Don't be intimidated out of this fight," he said. "President Carter said if you disagree with this president, it's somehow fundamentally racist in nature. It seems to me that President Carter when he was president had a whole lot of criticism. I guess people were just offended taking direction from a white man in his 50s. That's not what this is about. And we can't be intimidated into believing that that's what this is about... You do have to play the ball where it's thrown in this case."

Blunt's probably right. After all, as Sigmund Freud might say, sometimes a monkey is just a monkey.