Consumers can't buy, and businessmen cry socialism, but the government is keeping money moving and the Dow strong 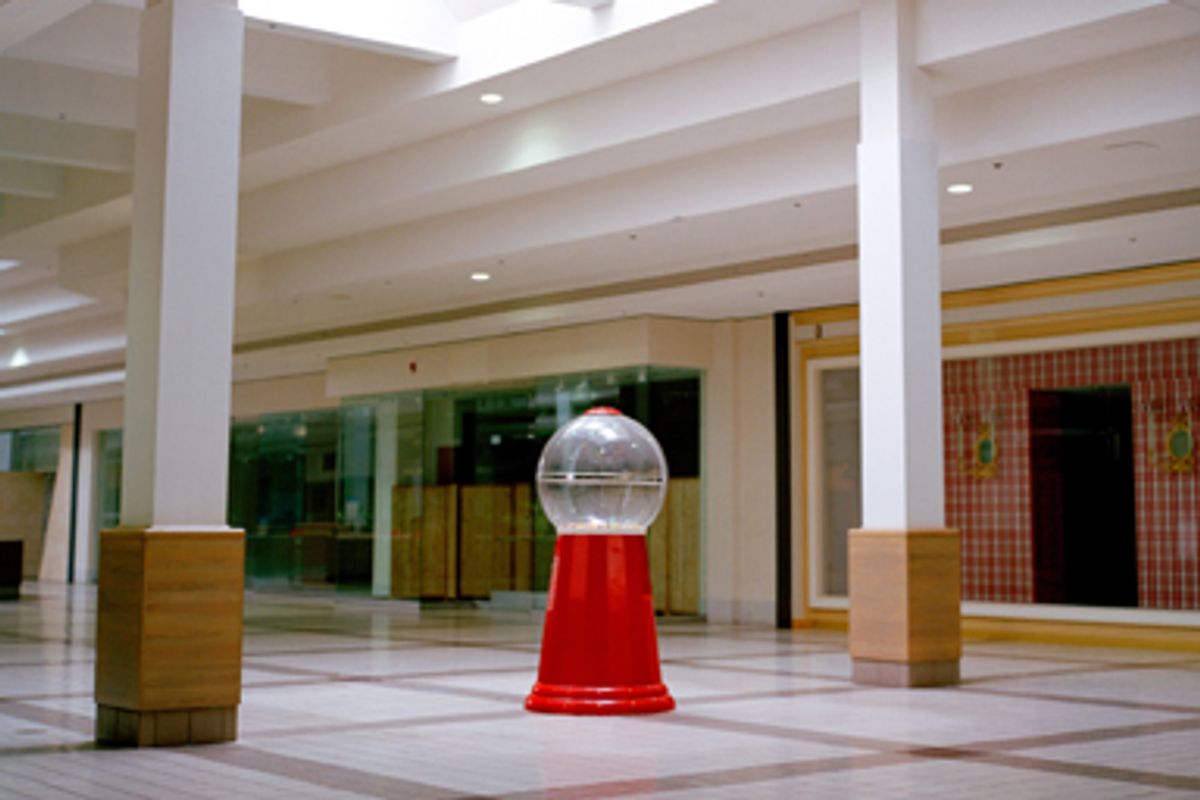 The interior of the Summit Place Mall, classified as a dead mall, is seen on the outskirts of Pontiac, Mich.
--

So how can the Dow be flirting with 10,000 when consumers, who make up 70 percent of the economy, have had to cut way back on buying because they have no money? Jobs continue to disappear. One out of six Americans is either unemployed or underemployed. Homes can no longer function as piggy banks because they’re worth almost a third less than they were two years ago. And for the first time in more than a decade, Americans are now having to pay down their debts and start to save.

Even more curious, how can the Dow be so far up when every business and Wall Street executive I come across tells me government is crushing the economy with its huge deficits, and its supposed “takeover” of healthcare, autos, housing, energy and finance? Their anguished cries of “socialism” are almost drowning out all their cheering over the surging Dow.

The explanation is simple. The great consumer retreat from the market is being offset by government’s advance into the market. Consumer debt is way down from its peak in 2006; government debt is way up. Consumer spending is down, government spending is up. Why have new housing starts begun? Because the Fed is buying up Fannie and Freddie’s paper, and government-owned Fannie and Freddie are now just about the only mortgage games remaining in play.

Why are healthcare stocks booming? Because the government is about to expand coverage to tens of millions more Americans, and the White House has assured Big Pharma and health insurers that their profits will soar. Why are auto sales up? Because the cash-for-clunkers program has been subsidizing new car sales. Why is the financial sector surging? Because the Fed is keeping interest rates near zero, and the rest of the government is still guaranteeing any bank too big to fail will be bailed out. Why are federal contractors doing so well? Because the stimulus has kicked in.

In other words, the Dow is up despite the biggest consumer retreat from the market since the Great Depression because of the very thing so many executives are complaining about, which is government’s expansion. And regardless of what you call it -- Keynesianism, socialism or just pragmatism -- it’s doing wonders for business, especially big business and Wall Street. Consumer spending is falling back to 60 to 65 percent of the economy, as government spending expands to fill the gap.

The problem is, our newly expanded government isn't doing much for average working Americans who continue to lose their jobs and whose belts continue to tighten, and who are getting almost nothing out of the rising Dow because they own few if any shares of stock. Despite the happy Dow and notwithstanding the upbeat corporate earnings, most corporations are still shedding workers and slashing payrolls. And the big banks still aren't lending to Main Street.

Trickle-down economics didn't work when the supply-siders were in charge. And it's not working now, at a time when -- despite all their cries of "socialism" -- big business and Wall Street are more politically potent than ever.